The alleged leader of a notorious Mexican cartel has issued a tearful message on social media, threatening retaliation against the government for the detention of his mother, sister and girlfriend following a spate of violence over the weekend. 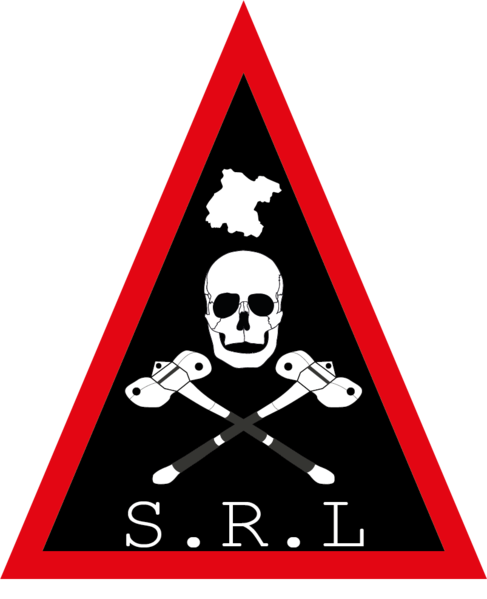 Logo of the Santa Rosa de Lima cartel whose leader has threatened retaliation for the arrest of his mother, sister and girlfriend (Photo: BaptisteGrandGrand, CC SA-BY 3.0)Mexican authorities arrested 26 suspected members of the Santa Rosa de Lima syndicate in the state capital of Celaya in Guanajuato on Sunday, after the gang allegedly torched more than 20 cars and set ablaze six shops.

Among the detainees are Maria, Juana and Rosalba ‘N’, alleged financial operators of the cartel, whom local press have identified as leader Jose ‘El Marro’ (‘Stingy’) Yepez’s mother, sister and girlfriend, respectively.

A video widely shared on social media appears to show Yepez threatening retaliation against authorities for the detention of his family members.

He also suggested that the Santa Rosa syndicate may now look to form a coalition with the Sinaloa cartel to fight back against encroachment onto their territory by the Sinaloa-based group’s fierce rivals, the Cartel Jalisco Nueva Generación.

In a joint statement issued on Sunday, the Mexican Army, the National Guard and the Attorney General of the State of Guanajuato said that they had conducted a raid on a building in Celaya.

Along with the 26 alleged cartel members, they also seized approximately one kilogram of a controlled substance and more than US$2 million.

Yepez is reportedly engaged in an internal power-struggle with his former right-hand man Noe Lara Belman for control of the cartel, according to the BBC.

Unlike many of the country’s other organised criminal groups, the Santa Rosa syndicate reportedly makes its primary income not from drug trafficking, but by siphoning petroleum in industrial quantities from the state-run oil company Pemex, to be resold on the black market.

The syndicate is based out of the state of Guanajuato, which currently suffers from the highest homicide rate in the country - more than 1,000 have reportedly been killed in the three months between March and June this year.

This weekend’s arrests come less than two weeks after OCCRP reported on a rash of cartel-related shootings in the state that left almost 40 dead.

Much of the violence owes to the ongoing war between rival cartels over control of the lucrative underground market for fuel, with sky high rates of theft from pipelines in the region, according to the Guardian.