Authorities arrested 31 suspected members and associates of Boston’s NOB gang and charged them with a variety of criminal offenses, including murder, sex and drug trafficking and shootings, according to a statement released on Tuesday by the US Attorney’s Office for the District of Massachusetts. 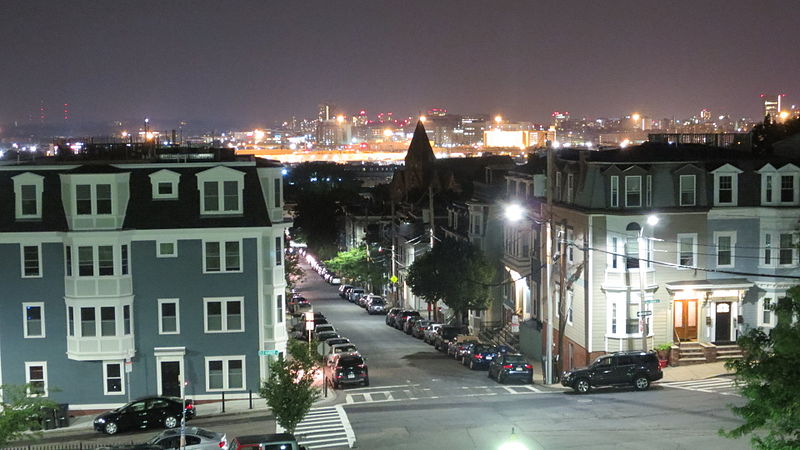 Boston's Dorchester neighborhood Where the NOB gang was based. (Source: Wikimedia Commons) The gang had previously gained notoriety for threatening their rivals and bragging about past crimes in publicly released music videos.

Michael Brandao, known in his rap videos as “G Fredo,” and Kelvin Barros, who is also known “7981 Kal,” were arrested and charged with RICO conspiracy, which stands for Racketeer Influenced and Corrupt Organizations and means organized crime. Further charges included conspiracy to distribute controlled substances and possession with intent to distribute controlled substances.

The bust was the result of a joint investigation which began last summer, involving local police, the FBI, and the Bureau of Alcohol, Tobacco and Firearms.

“Over the last approximately four years, it is alleged that NOB members/associates have committed multiple murders and shootings – many of which targeted rival gang members, particularly members/associates of the Cameron Street gang, another Boston-based street gang,” read the statement.

“In addition to violence, NOB members/associates have allegedly trafficked drugs throughout Massachusetts, including marijuana, fentanyl, cocaine, cocaine base (crack), heroin and various types of prescription pills, including opioids,” the statement continued.

“NOB members/associates were also allegedly involved in sex trafficking, including transporting women across state lines for the purposes of engaging in prostitution,” it said.

One notable case included NOB gang members facilitating the trafficking of a minor across state lines for the purpose of engaging in prostitution.

The bust was hailed as a major win for local police, the FBI and ATF in combating organized crime in Boston, the FBI went as far as to say that  the NOB gang had been fully neutralized.

“Today we saw that organized crime is no match for law enforcement,” said Joseph R. Bonavolonta, Special Agent in Charge of the FBI Boston Division in the statement.

He said that many of the suspects had engaged in a ruthless and senseless string of attacks and murders, terrorizing the communities in which they operated all across Massachusetts but also Maine, Connecticut, and Rhode Island.