Masked, disinfected and sitting at least two meters away from each other, lawmakers in Lebanon adopted on Thursday a law that allows anti-corruption investigators to access the bank records of current and former state officials and lawmakers, the state news agency reported. 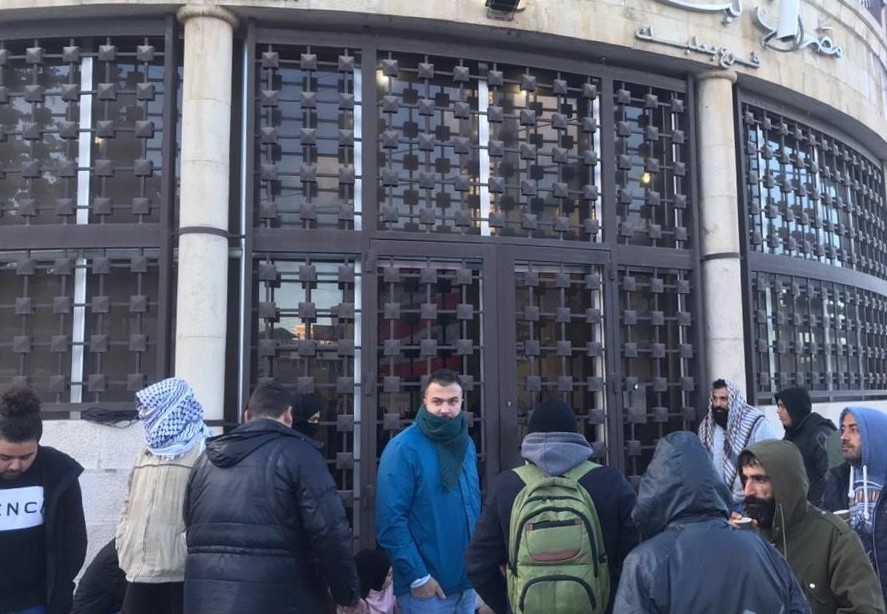 Anti-graft protesters in front of a bank in Baalbek in January. (Photo: NNA). The head of the Parliament’s Finance and Budget Committee, Ibrahim Kanaan, described the law “as an exceptional and serious step towards enhancing transparency and combating corruption” and said he was hoping it would help restore the confidence in the system.

Since last October Lebanon has been engulfed by historical anti-graft protests against its elite amid a severe economic crisis. Often in defiance of violent suppression, over a million people took to the streets to demand an end to government corruption, the recovery of stolen funds and holding the corrupt accountable.

The grumbling was triggered by the announcement of a tax on calls using messaging applications such as Whatsapp, a project that was later dropped.

Demonstrators also requested an end to Lebanon's decades-old strict banking secrecy laws which, according to the Associated Press, have turned the country into the region's Switzerland, attracting clients seeking anonymity from across the Arab world.

While the massive protests died down, activists continued over the past months to monitor banks and campaign against the restrictions on the amount of money people can withdraw from their account since Lebanon’s economy collapsed.