As part of a COVID-19-related corruption probe, the federal police raided the residence on Tuesday of the governor of Rio de Janeiro, who has been a vocal critic of the way Brazilian President Jair Bolsonaro has been handling the coronavirus crisis. 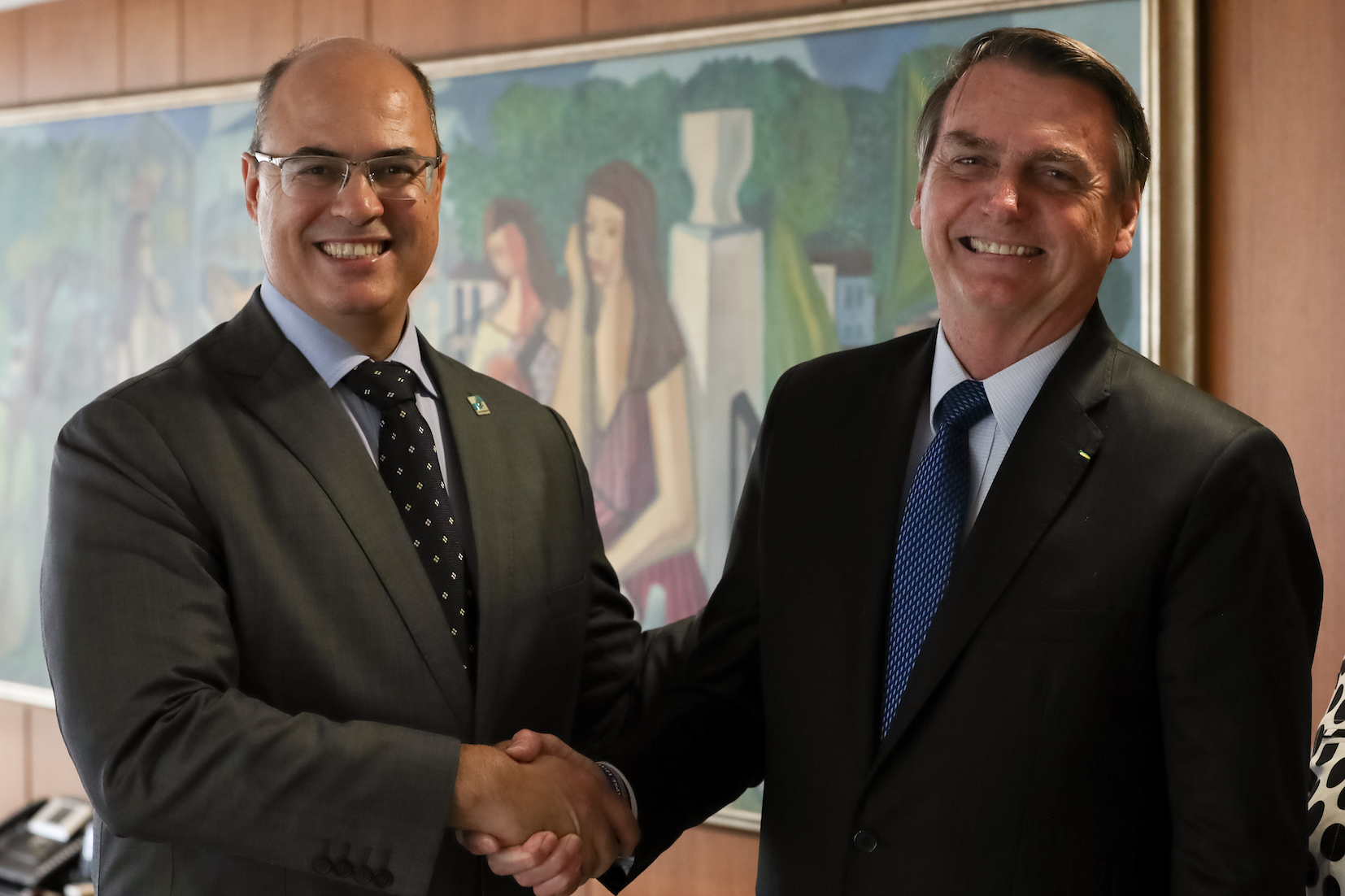 Wilson Witzel, left, previously supported President Jair Bolsonaro, right, before criticizing his administration's response to the pandemic. His house was raided by the federal police on Tuesday as part of a COVID-19 corruption investigation. (Photo: Marcos Corrêa/PR/Palácio do Planalto, Flickr, License)The raid came after Bolsonaro replaced the chief of the federal police in what critics, including Rio Governor Wilson Witzel, described as unlawful political interference.

According to Reuters, officers who stormed Witzel’s residence were looking into allegations that the governor’s wife had used her law firm to receive bribes from a company that was given state coronavirus contracts.

The law firm of his wife, Helena Witzel, released a statement saying that the federal police search did not lead to any evidence that could prove the allegations, and that “that the operation was imbued with undisguised political motivation”.

Witzel also maintains his innocence, releasing a statement saying that the president interfered in the criminal probe, and that he was “surprised and outraged” to see, based on social media posts, that many of his allies in Congress appeared to have prior knowledge of the raid.

Bolsonaro, when interviewed on Tuesday about the recent events, congratulated the federal police for the raid and said that he “just heard about it on the news”.

Wilson Witzel, a right-wing politician who was once a staunch ally of the president and one of the first high-profile politicians to openly endorse Bolsonaro, won his seat as governor on a similarly hard line platform against drug dealers, once promising to “slaughter” all of the ones operating within the state of Rio de Janeiro.

However, more recently he has become critical of how the Bolsonaro has governed throughout the pandemic. The president has been seen joining several anti-quarantine protests, and was even recorded doing pushups alongside protesters during one rally.

Under Bolsonaro’s leadership, Brazil now has the second highest number of coronavirus infections in the world.

“Bolsonaro is a president who does not govern,” Witzel said in an interview last month. “He is an unbalanced person, unable to be president of the republic, he surprised us, it is a great disappointment.”

In mid-April, after testing positive for COVID-19, the governor urged his constituency to take the virus seriously.

“I ask you once again to stay at home. As everyone can tell, the disease doesn’t make exceptions for anyone and the contagion is fast,” Witzel said.

A recent poll suggests that the public has also taken issue with Bolsonaro’s cavalier approach to confronting the virus – 58 percent of Brazilians said that his pandemic response was “bad” or “terrible”, while just 21 percent of respondents said he was doing a “good” or “excellent” job.

In addition to criticism of how he has handled the pandemic, O Globo reported on Monday that prosecutors of the attorney general’s office have been mounting evidence that could lead to the president’s impeachment.

Lawyers say that according to a video from a cabinet meeting on April 22, Bolsonaro can be seen urging then Justice Minister Sergio Moro to fire the chief of the federal police, in what they argue was an attempt to use his public office to advance his own private interests.

As OCCRP reported last month, Bolsonaro fired the chief of federal police in an alleged retaliation for deciding to open criminal investigations on all three of the president’s sons.

This incident led to Moro’s resignation. He said that he didn’t see much justification to stay in office given that it had become “clear that there was political interference in the federal police”.

O Globo, a leading news outlet that has a strong anti-Bolsonaro stance, criticized the turn of events, suggesting last month that Bolsonaro wanted “to turn the federal police into a personal police force, as if he were some kind of third-world dictator”.

In addition to Wetzel’s recent criticism of the Bolsonaro administration, the federal police’s investigation into his alleged bribery involving COVID-19 contracts, according to Reuters, could be motivated by the fact that Bolsonaro views him as a potential rival in the next presidential elections that will be held in 2022.

Ex-President Luiz Inácio Lula da Silva, who was released from prison after a judge found irregularities in a corruption conviction that prevented him from running in 2018, and who has not ruled out running for president in the next election, weighed in on Wednesday on these recent turn of events.

“The Federal Police, the Armed Forces and the Federal Public Ministry must be strong institutions that serve the Brazilian people and not a president. The public has to know that they work to protect our democracy,” he tweeted.