With an increasing number of people around the world confined to their homes, measures designed to quell the spread of the coronavirus pandemic have resulted in an increase in people accessing child pornography. 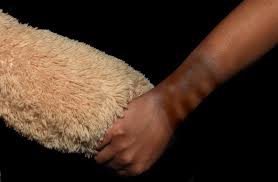 “In terms of online abuse -- data shows that images of sexual abuse of children that pass trough the system of National Center for Missing and Exploited Children, has increased 100% during March 2020, compared to last year,” Muñoz said.

The Southeast Asian archipelago is a top global source for child pornography. It is estimated that 80 percent of children in the country will experience abuse at some point of their lives.

Cheap smartphones and widespread internet access, combined with cultural silence on abuse and a lack of resources to investigate and prosecute perpetrators are some of the driving forces behind these numbers, according to UNICEF and the Child Rights Network.

Rampant poverty is also a factor. Muñoz says that in some cases, proceeds from child abuse videos might well be a family’s only source of income.

“The highest rates of abuse happen at home, and so with people being forced to quarantine with their families, the threat has invariably increased,” she added.

In March, the Manila Bulletin reported that the Philippine courts had jailed two mothers for posting online videos of themselves sexually abusing their own children. The youngest was just 25 days old.

Catherine De Bolle, executive director of Europol, said in a recent statement that she is “very concerned about the rise of sexual abuse online amid the pandemic,” adding that the disease “brings out the best but also unfortunately the worst in humanity.”

Muñoz said that it is too early to tell whether more child abuse material has been produced since the outbreak of the pandemic, but that this is highly likely given lockdown measures and an increase in demand both within the Philippines and from internet users abroad.

Other child protection agencies and NGOs are reporting similar findings elsewhere. In the UK, police recently said that they had seen a 146% rise in cases since March 2019.

Meanwhile in India, a recent study by the India Child Protection Fund (ICPF) said that there had been an almost 200% increase in access to child pornography since a nationwide lockdown was implemented on 24 March.

While any kind of pornographic material in India is technically illegal, it remains one of the world’s biggest producers and consumers of child exploitation online. It is estimated that of all pornographic content produced in the country, roughly a third show sexual abuse of a child.