A Kremlin critic who often reveals fraud and corruption in Russia claims that Russian physician and TV celebrity, Elena Malysheva, owns several luxurious properties in the US although she and her family are not that wealthy enough to be able to afford such real estate. 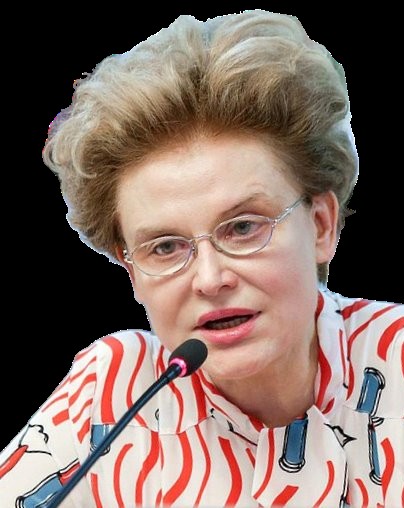 Elena Malysheva (Photo: Russian Duma)In a video published last week by his Anti-Corruption Foundation (FBK), Alexey Navalny said that the family of the Russian doctor whom many call the Russian Dr. Oz, owns real estate in the US worth more than US$11 million.

He showed a 1,100 square meter luxurious, 21-room mansion, some 20 kilometers from New York’s Manhattan, in what is considered as one of the most affluent neighborhoods in the US - Alpine, New Jersey.

The video showed images of the mansion decorated with gilt and marble, golden details and crystal chandeliers, with rooms, kitchen, stairways and corridors worthy of a royal palace.

Two years before, she reportedly bought an apartment in downtown New York for her older son justifying that with the fact that her other son already had an apartment in the same building.

Malysheva’s husband is reportedly a professor at the Moscow Medical and Dental University, while she owns a medical center that, according to FBK, reported losses of 54.2 million rubles ($719,100) between 2015 and 2018.

In another video, published on Saturday, Navalny used a part of Malysheva’s interview with a Russian TV in which she said her only income was from the healthy life TV show she runs for more than 20 years.

“There’s a coronavirus outbreak happening right now, maybe you’ve heard? I’ll certainly take a look, but right now I don’t know what this is about,” she said.

Navalny did not offer any information about Malysheva’s possible connections with Russia’s power centers or concrete proof of fraud or corruption, he reminded that Malysheva’s TV show has last year received subsidies of 57 million rubles ($757,145) from the state budget as a “socially significant” program.

Navalny also reminded that Malysheva is highly positioned at the All-Russia People’s Front, and that in fact “she is a consistent, cold-blooded propagator of the malicious agenda of (Russia’s President Vladimir) Putin, (very influential Moscow’s mayor Sergey) Sobyanin and (the Russian ruling and largest party) United Russia.”