Authorities in Ukraine have arrested a gang accused of selling and trafficking infant children to buyers in the People’s Republic of China. 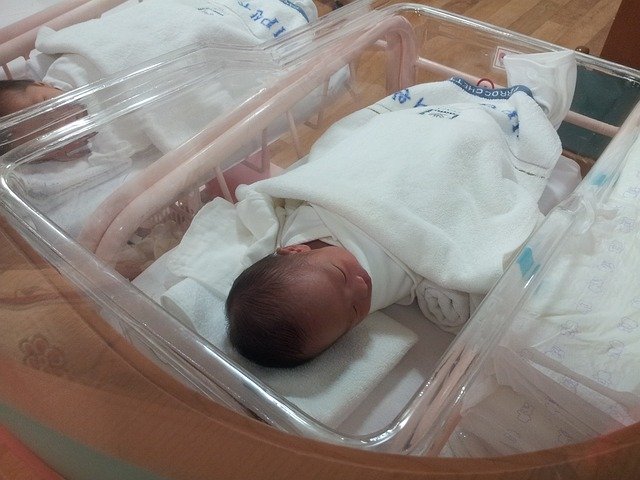 Five infants, all under two months old, were discovered during raids at several properties in Kiev, Ukraine. (Photo: pixabay, Creative Commons Licence)The country’s National Police said on Saturday that officials with the Department for Combating Human Trafficking, along with local police and agents from Kiev’s criminal division, had conducted searches at a number of properties in the city where the group allegedly birthed and raised babies for pay.

Five infants, all under two months old, were discovered during the raids. The scheme reportedly involved the artificial insemination of Ukrainian women at the behest of buyers from abroad, who were then provided with false marriage documentation in order to spirit the children out of the country.

Those arrested as part of the sting have been charged and are currently being held in custody. They remain unidentified, but Deputy Interior Minister Anton Gerashchenko said in a Facebook post on Sunday that at least three of the suspects are Chinese nationals.

He added that Ukrainian authorities are currently coordinating with Chinese law enforcement on an investigation into more than 140 Chinese citizens alleged to have purchased children from the group, and further speculated that the buyers were likely to be single men.

China’s one-child policy, enforced between 1979 and 2013, has led to a massive gender imbalance in the country’s population.

As the result of a general cultural preference for male offspring, owing to the fact it is usually men who carry the family’s name and legacy, many parents during this period sought determine the sex of their child through selective abortion.

In March, OCCRP reported that the excess of 33 million more men than women in the country, anticipated to last for at least the next 20 years, is continuing to fuel a market for trafficked Vietnamese brides among China’s abundance of single men.

Georgios Antonopoulos, a professor of criminology at Teesside University in the UK, conceded that some of the group’s buyers were likely to be unmarried men looking to preserve their legacy, but added that the reality of child-trafficking in China is actually significantly more complex.

“According to official government statistics, there are more children trafficked in China than adults,” he told OCCRP.

“Compared to the trafficking, for want of a better word, of other illegal commodities, like drugs, trafficking of children has very high profit margins and is thought to have very low risks, due to local protectionism in the country and the fact that victims are often too young to recall the details of their ordeal,” he added.

While some buyers may well have been single men looking to adopt, Antonopoulos said that there are a wide range of other reasons people may seek to purchase children from China’s black market.

“Those individuals buying the children, they often act as intermediaries for further schemes,” he said. “Modern slavery and labour exploitation is a massive problem, most famously during the 90s when it was revealed that large Western companies had been dealing with sweatshops in the country that were using child workers.”

Criminal actors will often purchase children for sexual exploitation or street trading, even performing in street shows for tourists. “Disabled children are particularly valuable to gangs that run begging rackets, and in some cases children are deliberately injured so as to draw in more money from sympathetic passersby,” he said.

Antonopoulos further added that children are not always brought in from abroad. Domestic trafficking is also rampant, so much so that insurance companies in China have reportedly even begun including protections against kidnapping in their family-orientated policies.