A group that rescues women and girls trafficked from Vietnam to China says the closure of the border due to COVID-19 has hindered efforts to help victims escape slavery and sexual exploitation. 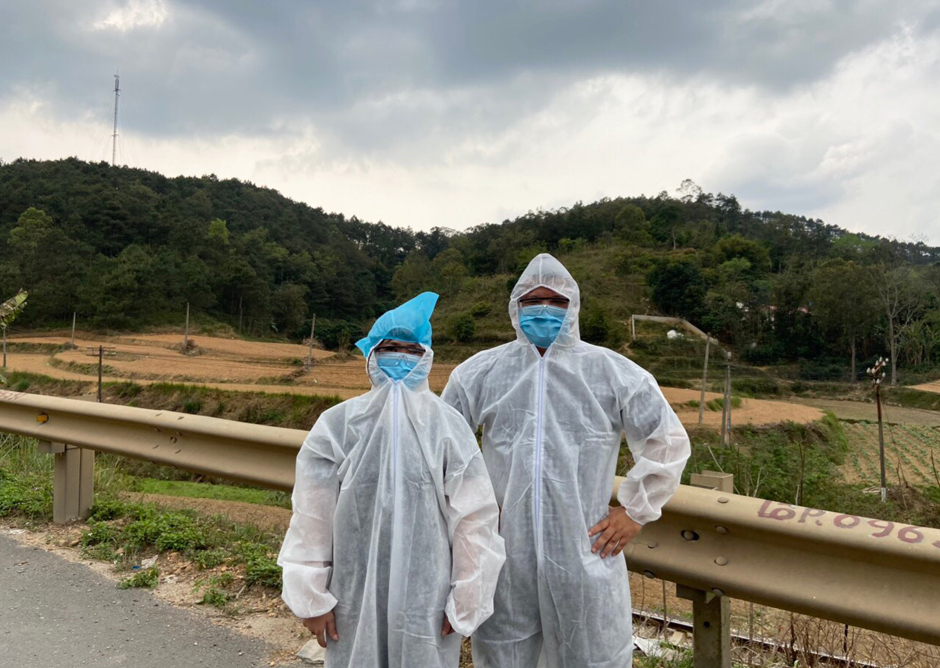 Caption: Two members of Blue Dragon in white medical suits during a rescue last weekend (Photo Credit: Blue Dragon)Michael Brosowki, head of the Hanoi-based NGO Blue Dragon Children’s Foundation, told the OCCRP on Wednesday that operations had slowed significantly since the start of the outbreak in January.

“Calls for help keep coming in every day. Right at the moment there are 29 Vietnamese women trafficked to China who have been in touch and whom we have been unable to help,” he said.

“Movement within the country itself is heavily restricted, and with the border closed it’s exceptionally hard to bring people back,” he added.

China suffers from a massive gender imbalance. Under the communist government’s one-child policy, enforced between 1979 and 2013, many parents determined that their only offspring should be male via selective abortion.

The World Economic Forum found in 2018 that with a population ratio of 1.15 men to every woman, there are around 33 million more men than women in the country.

That imbalance, anticipated to last for at least the next 15-20 years, continues to fuel a market for brides among China’s abundance of single men, with tens of thousands of women and girls lured from Vietnam and other Southeast Asian nations over the past decade by traffickers promising lucrative jobs, according to the Thomson Reuters Foundation.

Brosowski says that last Saturday the organisation was able to successfully conduct a rescue operation, but not without great difficulty. One person came through officially, while two others and a five year old girl crossed the long, porous border between the two countries via other means.

“Doing it unofficially is obviously dangerous. It requires incredibly complex maneuvers over huge distances,” he said.

Since it first began operations in 2003, Blue Dragon has rescued more than 926 people from slavery and sexual exploitation. It has also provided education and shelter for almost 6,000 children living on the streets and in poverty.

Brosowski says that the men who purchase brides from traffickers are often unaware that the person has been brought into the country under false pretences or against their will. However, after the transaction is completed, cases of women being returned home are exceptionally rare.

“If you think about it, the men who are buying these women are not exactly likely to be very marriageable. In a country with an abundance of men, women tend to be very selective, and those who pay for brides are often very old, of a violent nature, or intellectually impaired,” he said.

Blue Dragon remains hopeful that regular operations will resume soon, with the border being reopened to allow trade once China has successfully sustained a decrease in the spread of the pandemic.

“The Vietnamese government has been extremely effective in keeping the disease under control, and we currently have only around 65 cases in the entire country. We also therefore have to be very conscious we’re not endangering people here by bringing people back from China,” he said.

Brosowski says that those rescued last Saturday were more than willing to observe the two week quarantine on their return.

“Obviously when you’re escaping the terrible ordeal of slavery, when you may have been in slavery for years, and when you’ve just run for your life through China, the last thing you want to do is sit in an isolated camp for two weeks,” he said.

“But the women have said that quarantine is absolutely nothing compared to the hell they have been through,” he added.