US authorities have arrested a former agent with the FBI for accepting more than US$200,000 in bribes and gifts from the Armenian mafia in exchange for sensitive legal information. 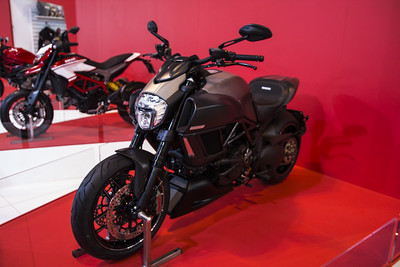 Babek Broumand is accused of accepting more than $200,000 in bribes and expensive gifts, including a Ducati motorcycle (Photo: flickr, Creative Commons Licence)Officials with the FBI and the Justice Department’s Office of the Inspector General took Babak Broumand into custody last Friday near his home in Lafayette, California.

Before retiring in 2019, Broumand had reportedly worked for the FBI for more than 20 years, most recently as an agent at the Bureau’s San Francisco field office, where he oversaw matters of national security and the development of confidential sources.

Prosecutors allege that between early 2015 and 2017, the former agent accepted monthly bribery payments of US$10,000 from a lawyer with links to an organised crime syndicate in Armenia. The lawyer remains unidentified, and authorities say he is cooperating with their investigation.

These payments, which were reportedly also accompanied by gifts including hotel stays, motorcycles and escort services, were made in exchange for Broumand running the names of 10-20 of the lawyer’s associates through the FBI’s databases, specifically to determine the status of any investigations into their activities.

One of the names queried by Broumand was that of Levon Termendzhyan, also known as Lev Aslan Dermen, who was convicted by a federal court last month for his role in a biodiesel tax-fraud scheme thought to have been worth more than $1 billion.

Nicola Hanna, US Attorney for the Central District of California, said in a statement that by providing sensitive information to criminal actors, Broumand had “tarnished the badge that was the symbol of his oath to uphold the law."

“Our nation is based on the premise that public officials - especially federal law enforcement officials, place the country and her people above their own self-interest. This former FBI agent stands accused of violating this sacred trust by providing help to criminals simply to fund his lavish lifestyle,” she added.

If convicted, Broumand faces a maximum sentence of five years in federal prison.