The best-paid lobbyist behind Tokyo’s 2020 Olympic Games bid reportedly said he gave expensive gifts to an eminent member of the International Olympic Committee who is currently facing trial for corruption in France. 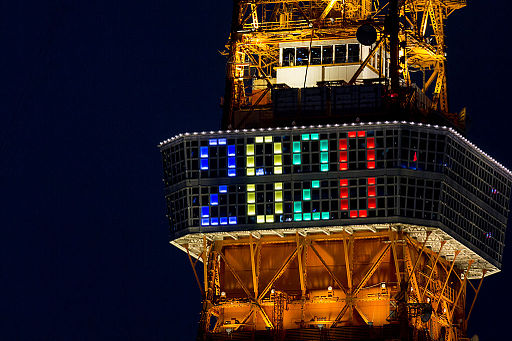 The Tokyo Tower illuminated with the Olympics colors. (Photo: t-mizo, CC BY 2.0)Haruyuki Takahashi received US$8.2 million in 2010 to lobby for Japan’s drive to host the 2020 Games. He told Reuters on Tuesday that he spent some of these funds on flashy handouts for Committee officials, including Japanese-made watches and digital cameras.

France has charged Diack in January with corruption, money laundering and breach of trust for his alleged involvement in the Russian doping scandal.

Prosecutors claim that Diack and his son set up within the IAAF “a real criminal organisation” in order to cover up doping allegations levelled at 23 Russian athletes.

Diack has reportedly denied any wrongdoing.

A former executive for one of Japan's largest advertising agencies, Takahashi told Reuters that one of his main assets as a lobbyist were his connections with Diack and other powerful  international sports figures, which he acquired while working in sports advertising.

The media agency writes that French prosecutors are attempting to determine whether Diack was the intended recipient of one of these transactions - an amount of approximately $2.3 million paid through a Singaporean consultancy firm.

The second relates to a payment of US$1.3 million to a non-profit institute run by former Japanese Prime Minister Yoshiro Mori, the current head of the Tokyo 2020 organising committee, as first reported by Japanese media.

A further payment of $46,500 was also reportedly made to watch manufacturer Seiko. Reuters claims this was used to purchase watches that in turn were handed out at parties organised by the bidding committee.

Takashi told Reuters that giving gifts to officials was then normal practice, denying that the purchases constituted any wrongdoing.

After weeks of hesitation, the Tokyo 2020 Organising Committee announced on Monday that the Summer Olympic Games would be postponed to July 2021 in a bid to mitigate the risks paused by the global spread of the novel coronavirus.