An information operations group charged the US more than US$120 million to produce pro-US TV and radio ads in Afghanistan and then never broadcasted any, claims a recently unsealed lawsuit. 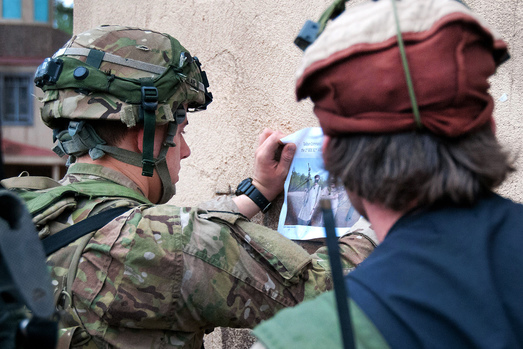 Training for ads spread in Afghanistan. (Photo: US Department of Defense)The Leonie Group billed the Pentagon from 2008 to 2015 to produce TV, radio, and billboard ads on behalf of the US in Afghanistan, while knowing that most of the propaganda would never be seen by Afghans, according to a whistleblower complaint filed by the company’s former president Scott Kreller.

Kreller filed his complaint in 2017 under the False Claims Act, which allows private citizens to file suit on behalf of the government.

He claimed he was fired in February 2017 after refusing to submit an inflated $4.5 million invoice to the US government for “double-billed” psychological operations, according to the court documentation.

He also said he was pressured for several months to submit the claim.

“Mr. Kreller knew that $3.8 million of the $4.5 million invoice was for the services that Leonie has already billed the US Government. Mr. Kreller refused to participate in the fraudulent billing,” read the complaint.

The lawsuit alleges that Leonie Group knew it could not verify that the Afghan people actually saw the company’s work and that it started to monitor its programs only after the urging of the U.S. military in 2014. It found that less than 75% of its TV ads and 45% of its radio ads aired, the documents said.

The military has spent hundreds of millions of dollars on propaganda, or so-called psychological operations, in Iraq and Afghanistan since 2001. The goal was to convince Iraqis and Afghans to back the US and coalition missions, according to US military newspaper Stars and Stripes.

The paper cited Thomas Johnson, a professor at the Naval Postgraduate School, who said that the contracts given out during the surge of US troops to Afghanistan from 2009 to 2012 were rife with abuse.

The professor, who worked on propaganda in Afghanistan as a counterinsurgency adviser to US forces in Kandahar, also said he was not surprised with the lawsuit.

“We gave out millions of dollars in many different areas, including information operations, where we just didn’t have any oversight,” he said.

Earlier this year, according to the report, the US Government decided not to join the lawsuit, based on a 2012 Justice Department memo, according to which the government intervenes in fewer than 25% of cases.