Bosnians were shocked this week when they heard that a politically connected local tycoon may have pulled strings to skip the prescribed safety protocols during hospital admission,  bringing the coronavirus to the worst possible place - the Department for Pulmonary disease. 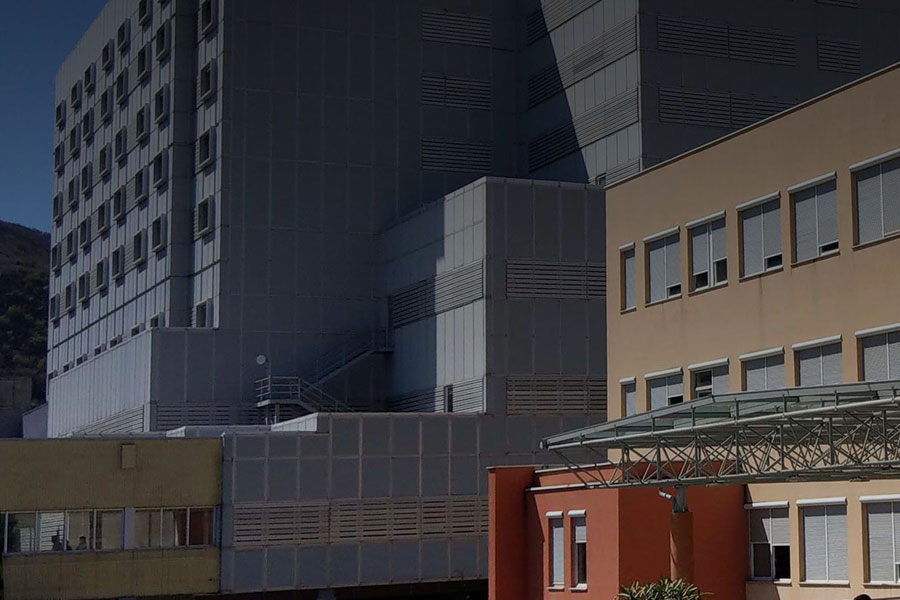 University Clinical Hospital Mostar (Photo: Mostar Hospital)By closing schools, shops, bars and borders, authorities said they have done what they could to keep Bosnia closer to the bottom of the global list of countries affected by the notorious virus.

But their efforts were undermined this week by corruption and nepotism that has plagued the society for decades and is now endangering the lives of the impoverished population.

Prosecutors opened an investigation into the case of Vencel Pralas, a businessman from the southern city of Mostar with alleged political connections and the circumstances of his admission to one of the two hospitals in the city.

He and his son entered on Tuesday evening the hospital’s ER “through the back door” the hospital manager Ante Kvesic, told reporters. Thanks to a doctor they were friends with, they allegedly skipped the safety protocols the country imposed on hospitals after the global COVID-19 outbreak.

There were no confirmed COVID-19 cases in the city at that point.

The two are suspected of not reporting that they returned from Italy. Both men had respiratory problems and their doctor friend made sure the father is admitted to the Pulmonary Department after being diagnosed with pneumonia.

The patient was tested only after having walked around the ER and the department freely for a while. The result forced almost the whole hospital to go into quarantine, leaving the city without enough qualified staff as the first people in the city tested positive. The hospital’s manager told reporters he will not suspend the doctor.

Police located and isolated people who were in contact with Pralas and prosecutors launched an investigation “due to possible criminal responsibility of a patient, but a doctor as well,” saying they will seize all necessary medical documentation and records of the hospital’s surveillance cameras, the Prosecutor’s office said in a statement.

The prosecution’s urgent response “is a strong message about the seriousness of the situation all employees of the Mostar hospital, as well as the city’s residents are facing,” journalist and editor of the local Republikainfo news portal Vera Soldo told OCCRP.

“There are many unconfirmed reports in this chaos caused by the urgent quarantine of the Pulmonary Department and the Intensive Care, including medical staff that will be unable to help anyone in the next two weeks,” the Mostar-based journalist said.

She added that whatever the investigation produces, the question remains whether anyone will actually be punished for “endangering medical staff, patients and citizens of Mostar.”

She speculated that instead of fighting the virus, energy will be wasted on “covering up negligence, irresponsibility, nepotism and favoritism during a pandemic.”

Furious citizens took to social media to slam Pralas’ irresponsible behavior, citing media reports about his family connections with the leader of one of Bosnia’s ruling parties, the nationalist Croat Democratic Union (HDZ).

City’s rumors speculate that these links helped him skip the safety procedures. Some even labeled the incident as a “terrorist attack.”

Before being placed on a ventilator on Friday, Pralas issued a statement denying claims that he had visited Italy and complaining that he was being “lynched.”

“Apart from me and my family being the first patients in Mostar tested positive to coronavirus, unfortunately we are also the first victims of a lynch conducted by some media, officials and the public,” Pralas wrote in a letter he sent to several local media.

As Bosnians were raging about ‘Mostar’s patient zero,’ the country’s State Border Police announced the arrest of one of their officers and the suspension of five others suspected of corruption.

The arrested officer is accused of taking a bribe to look the other way when three people crossed the border coming from countries Bosnia banned entry from because of the COVID-19 outbreak there.

“He directly endangered the health of a large number of citizens” by allowing the three to enter the country “for a certain amount of money he demanded from them,” a statement issued by the State Border Police said.

Police confirmed they found and isolated the travelers before they could meet other people.

The head of the Border Police, Zoran Galić, said he was “appalled” and called such behavior “shameful and devastating.”

However, a day later Galić was forced to issue another statement, saying that he suspended five border police officers for having taken bribes at border crossings even before the ban related to the coronavirus was in place.