The Model, the Mafia, and the Murderers

by OCCRP, CCIJ, IRPI, and Ján Kuciak (Aktuality.sk)
Tweet this Share this on Facebook DONATE
Above: Ján Kuciak, the investigative journalist murdered in Slovakia in February 2018. Credit: Aktuality.sk

When the bodies of journalist Jan Kuciak and his fiancé Martina Kusnirova, both 27, were found this Sunday – both shot to death in their newly purchased home – Slovak journalists were shocked. Slovakia’s top politicians have recently been criticized for openly expressing hostility to independent journalists, but no reporter in the country has ever before been killed for their work.

Police said that the couple had been killed by one or more professional hitmen and that their deaths were likely in retaliation for one of Kuciak’s stories. Slovak media speculated wildly that the youthful Kuciak had been done in by a local businessman who had threatened him, or perhaps by corrupt government officials.

In fact, Kuciak had been working with the Organized Crime and Corruption Reporting Project (OCCRP), Investigace.cz, and the Investigative Reporting Project Italy (IRPI) on a different story: An investigation that delved into the infiltration into Slovakia of the ‘Ndrangheta mafia, one of the world’s most powerful and fearsome criminal groups.

“The ‘Ndrangheta holds a dominant position in the cocaine market in Europe, and is involved in many other criminal fields, including weapons trafficking, fraud, rigging of public tenders, corruption, intimidation, extortion and environmental crime,” according to a Europol Threat Assessment of Italian Organized Crime published in June 2013.

Because Kuciak and his colleagues had not finished the story, OCCRP and his publication, Aktuality.sk, had not yet published it. At the time of his killing, he was continuing to collect records on men considered by Italian police to be extremely dangerous.

But after the murder, information about the subject of his reporting leaked out. OCCRP and Aktuality.sk are now publishing Kuciak’s uncompleted story to set the record straight and minimize the danger for the reporters who have worked on it.

Kuciak and his colleagues started their investigation by looking into the hiring of Maria Troskova, then 27, by Slovakia’s Prime Minister Robert Fico as an assistant. Fico hired the former Miss Universe contestant and model (dubbed “the sexy assistant” by Slovak media) despite her relative lack of political experience. His press department had refused to release her job description, to clarify her position in government, or to say whether she got a security clearance. 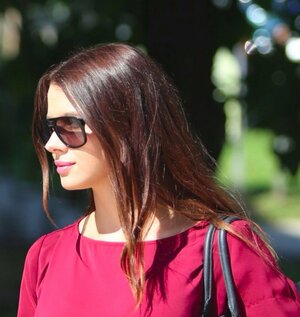 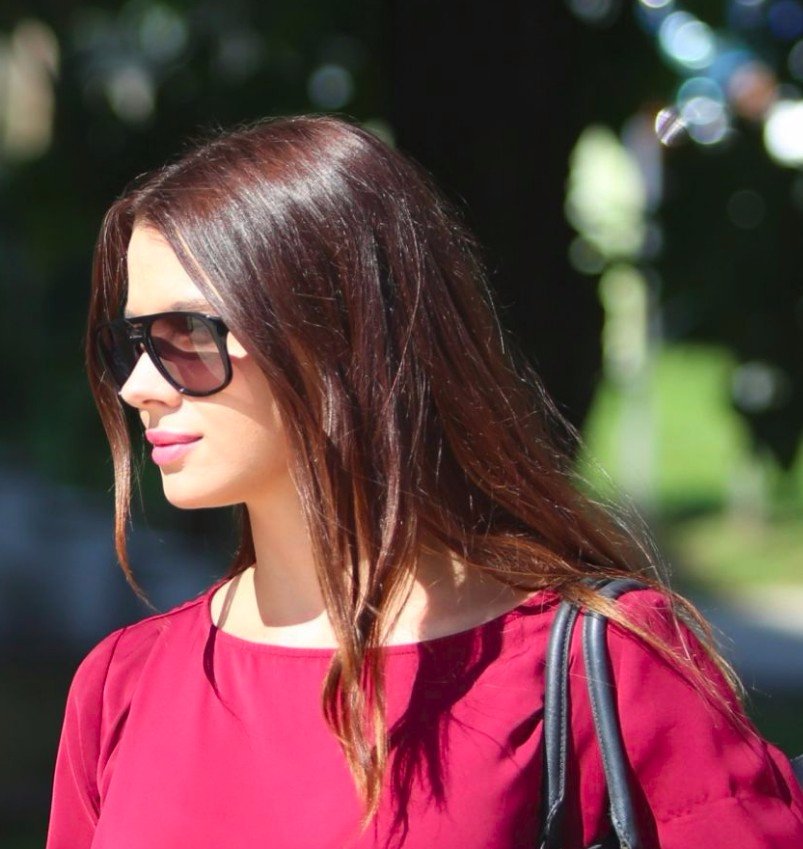 But while looking into this story, the reporting team uncovered an even bigger one. As it turns out, Troskova used to be a business partner of Antonino Vadala, 42, an Italian man who now lives in Slovakia and owns a network of agricultural companies in the east of the country.

In her mid-20s, Troskova joined with Vadala to co-found and co-own a Slovak company called GIA Management, which is registered as taking part in a wide spectrum of businesses, including real estate, construction, packaging, and photography. She left the company after just under a year.

An Assistant to Powerful Men

Troskova got her start in the business world as an assistant to Pavol Rusko, a former politician and once the co-owner of the television station TV Markiza. Rusko got into trouble recently when he was detained for allegedly hiring an assassin to kill his business partner in the late 1990s.

Troskova was at GIA Management when she met Viliam Jasan, a former member of the Slovak parliament with the ruling Smer-SD party who currently chairs the Crisis Management and State Security Department. Jasan hired Troskova as his deputy assistant.

That’s when she was introduced to – and was hired by – party leader and prime minister Robert Fico.

But Vadala turned out to be more than just an enterprising immigrant. 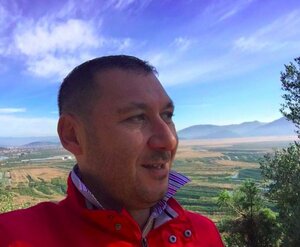 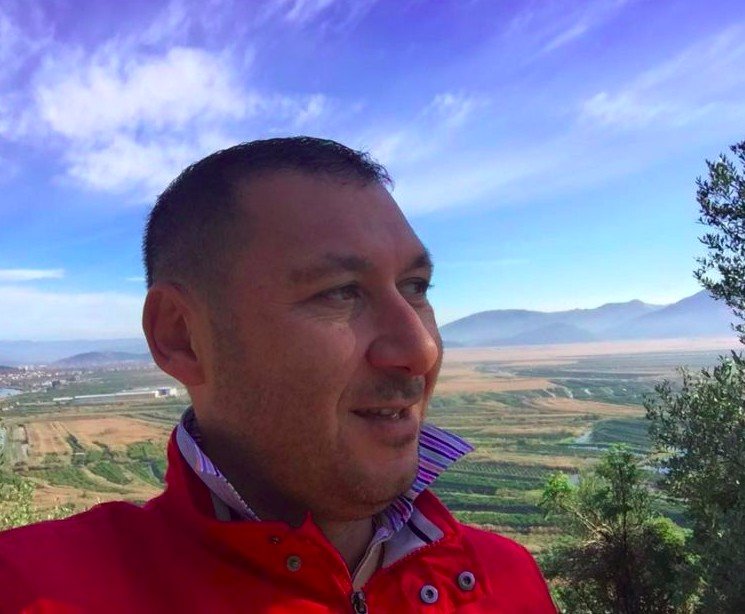 In March 2017, the Antimafia prosecutors’ office in Italy’s Calabria region, along with the anti-drug unit of the Fiscal Guard of Catanzaro, filed several arrest warrants after a lengthy investigation.

Codenamed “Gerry” (after a nickname one of the drug brokers used in text messages), the police were looking at cocaine trafficked by a cartel of five ‘Ndrangheta families from Latin America to Italy.

In the investigation, which is still ongoing, Antonino Vadala was named as a potential new cocaine broker for the cartel, to replace others who had been caught in a drug bust.

But his ties to the group, reporters discovered, go back further than that.

It started in a picturesque place on the very toe of Italy’s boot: Antonino Vadala’s hometown, Bova Marina. This is where he spent the early part of his life, before later emigrating to Slovakia along with other members of his family.

But the town is not known only for its beauty. It is the home of the Vadala clan, a notorious ‘Ndrangheta family who, according to court records, have been responsible for at least 25 murders while controlling the cocaine trade and enjoying direct ties to a Colombian drug cartel.

The clan is run by a boss named Domenico Vadala, with whom Antonino Vadala is not known to have any close family relationship.

But it was here, sixteen years ago, where Italian police would first link him with the ‘Ndrangheta for helping to hide a fugitive from another clan, the Libri-Zindato, who was on the run from the law. (Though often viewed as a single organized crime group, the ‘Ndrangheta are in fact a network of clans spread throughout the south of the country.)

In 2001, police wiretaps between Antonino Vadala and a Libri-Zindato boss named Francesco Zindato caught the two men discussing the logistical arrangements for hiding the fugitive drug trafficker – later found out to be a killer – in Vadala’s home in Bova Marina.

A warrant was issued for Vadala’s arrest, along with 12 other men who were charged with crimes ranging from drug trafficking, robbery, and extortion to illegal possession of weapons.

Some of the men were arrested, convicted of their crimes, and sentenced to prison terms. But, having already moved to Slovakia, Vadala escaped arrest, and the charges against him were later dropped.

The fugitive Vadala helped hide was a drug trafficker named Domenico “Mico” Ventura. He was due to be detained as part of a police investigation into the ‘Ndrangheta when he escaped and went into hiding in Bova Marina.

Ventura was made famous years later by a video that was leaked to the Carabinieri military police in 2012. It showed him shooting another member of the clan in cold blood in a countryside home. His weapon of choice – a type of sawed-off shotgun called a lupara – is typically associated with mafia murders. He was sentenced to life in prison.

In other police wiretaps taken as part of the same investigation, Vadala was recorded being asked by Zindato to go to Rome along with two of the boss’s most trusted men to “punish” (physically) an unknown man who had “damaged the clan.”

“It’s clear that those who took part in the punishment trip ordered by the boss had to be strongly affiliated with the interests and activities of the clan,” wrote the judge. The records don’t show whether he actually made the trip.

Reporters were still collecting additional information about Vadala – as well as about Troskova’s role, if any, as the link between him and the Prime Minister’s office – when Jan Kuciak was murdered.

Vadala’s lawyer had no comment for this story when contacted by reporters in November.

Correction, Feb. 21, 2020: To incorporate newly revealed testimony in the murder trial, the story has been updated to correctly reflect how many times Jan and Martina were shot.