Experts have warned that Brazil’s decision to remove checks on timber exports will drastically exacerbate illegal deforestation in the Amazon. 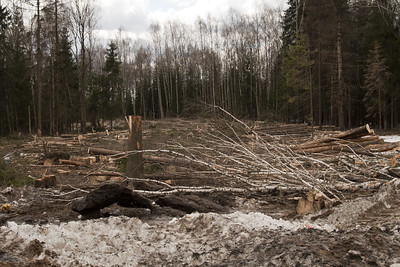 Amazon state Pará accounts for 40% of all illegal logging in Brazil. (Photo: Daniel Beilinson (CC BY-SA 2.0))For the last twelve months, the Institute of Environment and Renewable Natural Resources (Ibama) has failed to properly authorise up to half of all wood exported out of the Amazon state of Pará. When customs officials in Europe and the US raised the alarm in February, Ibama responded by scrapping the need for approval altogether.

The country’s timber industry is already “completely contaminated” with illegal activity, and “changing the law to try to make it even easier to export wood will certainly increase the pressure on the forest,” he said.

Sources told Reuters that the head of Ibama, Eduardo Bim, made the decision despite objections from at least five expert analysts, who warned that the move will seriously hinder Brazil’s ability to combat illicit logging.

Pará is itself a mecca for illegal loggers. Between August 2018 and July 2019, the state witnessed almost 40% of all illicit deforestation in the Brazilian Amazon, a loss of trees across an area roughly the size of Rhode Island state in the US, according to Reuters.

Brazilian president Jair Bolsonaro has drawn international criticism since his election in 2018 over his contempt for protections against deforestation in the Amazon. His administration has stripped back measures designed to combat illegal logging, including fines, warnings and seizure of equipment, on grounds of hindering economic growth.

Given the huge amount of carbon dioxide absorbed by the Amazon, climate scientists from around the world have warned of the danger of accelerated global warming posed by its continued destruction.

A study published on Thursday in science journal Nature found that the world’s largest rainforest could cease absorbing significant amounts of the gas within the next decade if immediate measures are not taken to curb illegal logging activity in the region.