A murdered Malaysian prosecutor and an Indonesian anti-graft investigator who survived an acid attack became on Tuesday the first two winners of a new prize Malaysia established to honor anti-corruption fighters who had been killed or persecuted. 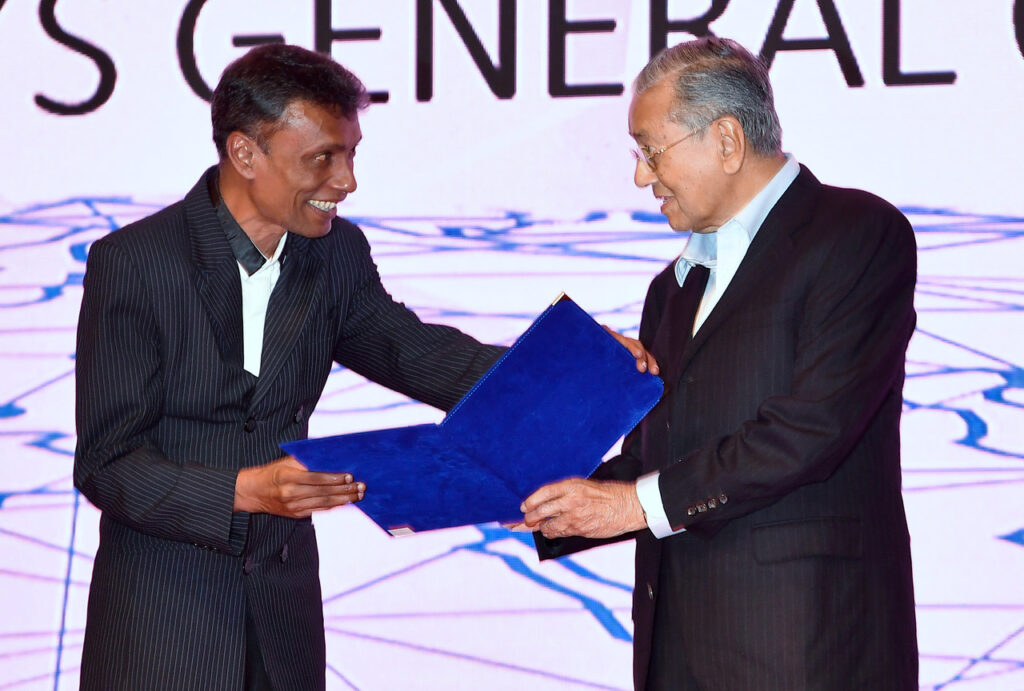 Richard Morais (L) receives the first international anti-graft award from Malaysian PM Mahathir Mohamad, in behalf of his brother Anthony Kevin Morais, murdered while investigating corruption. (Photo: Malaysia's PM Office)The Perdana International Anti-Corruption Champion Awards went to Datuk Anthony Kevin Morais, a senior deputy public prosecutor who was murdered in 2015 while investigating one of the biggest scandals in financial history - the theft of billions of dollars from the 1 Malaysia Development Berhad, 1MDB fund, that was set up in 2009 to attract foreign investment.

Morais was kidnapped and killed in September 2015. His body was chopped into pieces and later found in a concrete filled drum, according to the New Straits Times. His remains were identified through DNA analysis.

One of the seven suspects claimed that former Malaysian Prime Minister Najib Razak offered him US$1.16 million to plead guilty to the murder.

The other award went to Novel Baswedan, an investigator at the Indonesian Corruption Eradication Commission. He survived in 2017 an acid attack that occurred during a high-profile investigation into alleged corruption that involved a lawmaker.

The prize is being given by the newly established Perdana International Anti-Corruption Champion Foundation (PIACCF), established by the Malaysian authorities on Tuesday.

“We are here to tell the world that all the anti-corruption officers who had paid heavy prices in the course of their duty are our champions and our heroes,” said the country’s Prime Minister, Dr. Mahatir bin Mohamad in his keynote speech at the launching of the foundation.