The University of Southern California said on Friday it was informed by the organization that regulates US athletic programs about allegations pertaining to corruption and bribery within its basketball program. 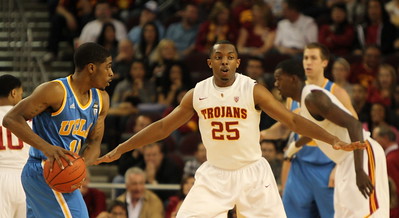 Image: USC basketball playing against UCLA in 2012 (another southern California school. USC is a major American university. Source: Neon Tommy, flickr)“USC has received a Notice of Allegations from the NCAA (National Collegiate Athletic Association) related to a former coach in the men's basketball program,” the statement said.

“Because the notice involves a pending NCAA case, USC is unable to discuss any of the allegations in or facts relating to the case,” it stated.

According to the AP, the “former coach” is likely Tony Bland. He was the basketball team’s associate head coach until he was placed on administrative leave in 2017, before eventually being fired in 2018, per ESPN.

Bland was later indicted by a federal court for accepting a $4,100 bribe to steer USC players towards specific business managers and financial advisers.

The corruption scandals that have mired American college athletics in recent years mirror those that have overshadowed the admissions process to elite universities. Several famous celebrities have been found guilty of wrongdoing in these conspiracies.