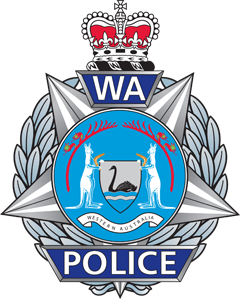 Western Australia Police logo. (Source: WAPOL)The 45-year-old woman, who was not named in the report, faces nine counts of official corruption. She is accused of acting “in concert with the two men already charged as part of the investigation,” ABC reported.

Former senior public servant Paul Whyte, 56, and physiotherapist Jacob Anthonisz, 43, were charged in November in an investigation into a decade-long fake invoicing scam that allegedly defrauded the communities and housing departments of more than $25 million, 9news reported.

Initially, the two men were charged with using fake invoices to steal more than AU$ 2.5 million (US$ 1.7 million), though police later said in court the amount could be upwards of $25 million (US$ 17 million), ABC News reported.

Whyte is accused of using his position to sign-off on certain deals thanks to his position in the Western Australia Department of Communities. The woman and Anthonisz allegedly aided him in the embezzlement scheme, ABC News reported. Anthonisz specifically has been accused in court of operating two shell companies that were used to launder the money, according to a WAtoday report last week.

The trio are accused of invoicing the departments using fake companies. The two men are accused of then directing the payments to bank accounts they would use to support their horseracing and other interests.

More than 100 racehorses with links to the two men have been located in Australia and New Zealand.

The horses are “currently in a legal limbo” after Australia’s Corruption and Crime Commission froze the assets of the two men, WAtoday reported Sunday.

Police raided Whyte’s home ahead of his arrest. He was released on bail, though later was rushed in critical condition to a Perth hospital after an undisclosed medical emergency at his home. A report today from 7news indicates that he remains at Sir Charles Gairdner Hospital in Nedlands, Western Australia.

Whyte was fired from his position as assistant director general of the Department of Communities, and the government has established a Public Sector Commission inquiry to look into the department.

Both Anthonisz and Whyte have been charged with two counts of official corruption for their alleged roles.

The woman, believed to be a bookkeeper, is due to appear in court on Dec. 16.