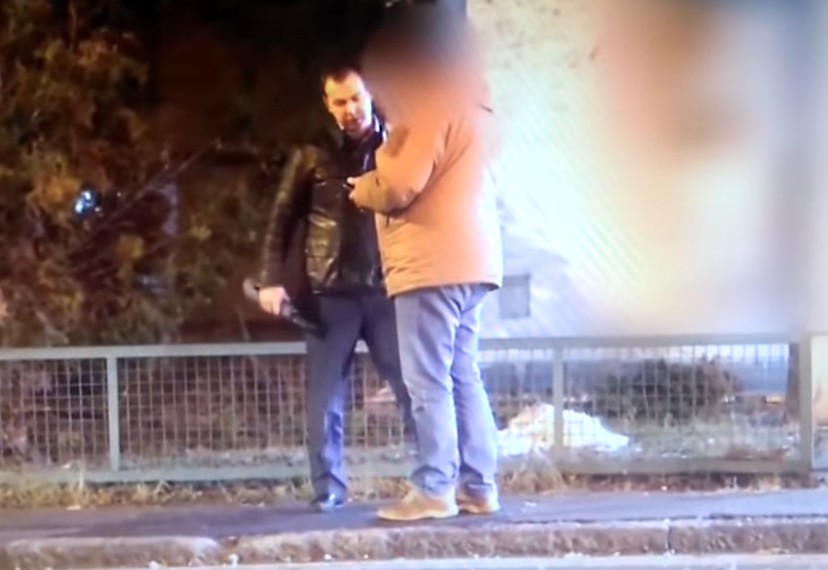 “We don’t have enough information, but if this proves to be true, then we will have a serious issue,” said Serbian Prime Minister Ana Brnabic.

The video shows two alleged agents meeting in a parking lot in Belgrade’s Zemun neighborhood, sharing a beer and exchanging plastic bags. The Serbian afterwards goes to his car, sits, opens the bag, takes out an envelope and counts money he takes from it.

Bulgarian Christo Grozev, investigative reporter with the Bellingcat investigative journalism network and 2019 European Press Prize winner, posted on Twitter that the man in a leather jacket on the video was an officer of the Russian Main Intelligence Directorate (GRU) and that he was bribing a Serbian agent.

Grozev further said he used Microsoft face-recognition software, as the “video was shot from multiple angles and appears to have been part of a sting or well-prepared surveillance operation,” and identified the GRU officer as Georgiy Kleban, a former deputy military attache to the Russian Embassy in Belgrade.

Serbian news agency Tanjug quoted Relja Zeljski, analyst with the country’s Security and Information Agency (BIA), who confirmed the authenticity of the video and said that the man handing over the bag was indeed Kleban.

Zeljski reportedly declined to say whether the other man in the footage was an operative of the BIA, the Military Security Agency or another Serbian institution.

“Our agencies, both civilian and military-ones, are engaged very intensively in establishing all the circumstances,” Zeljski said.

He added that Serbia is under intelligence threat, not only by Russians, but also the US, UK and France, as well as Croatia and Albania.

Grozev, who first identified the Russian man in the video, claimed some people in Serbian intelligence and law enforcement were “not too happy with GRU’s activities in Serbia.”

The Kremlin also reacted, saying that relations between Russia and Serbia would not be harmed even if Vucic did open an investigation, Reuters reported.

“Relations with Serbia are a partnership, of a brotherly character and nothing can influence that,” the agency said Kremlin spokesman Dmitry Peskov.

Sergey Naryshkin, head of Russia’s Foreign Intelligence Service (SVR), according to Reuters, last month noted that the two countries were performing “complex mutual operations” to protect their external interests, but did not reveal more details.

The media also reminded that Serbia’s armed forces use Russian technology, jet fighters and tanks and that the country has recently acquired Russia’s “Pantsyr” anti-aircraft weapon system, despite possible US sanctions.