The lawyer for a Zimbabwe cabinet minister who is being investigated for corruption involving a real estate deal with a relative told OCCRP on Friday that his client simply inherited the mess. 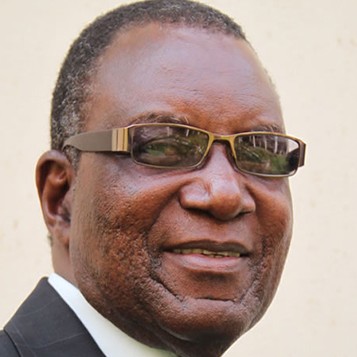 Joram Gumbo is seen in a handout photo.Minister of State for Presidential Affairs Joram Gumbo was reportedly arrested on Monday by the Zimbabwe Anti-Corruption Commission, ZACC, over claims he pressured a state airline to buy and use one of his relative’s properties for their new headquarters, according to a charge sheet seen by Reuters.

The charges also relate to Gumbo forcing the government to rehire the head of a state-owned company, even though the official had previously been found guilty of corruption and fired by a tribunal in 2018, according to Zimbabwe media.

But Selby Hwacha, Gumbo’s lawyer, told the OCCRP that his client was never arrested in the first place, nor has he been charged.

“Being invited to a station isn’t being arrested,” said Hwacha. “He’s been going home every day.”

The allegations are said to have happened when Gumbo was the head of the transportation ministry in 2017.

Hwacha says his client simply inherited a ministry in disarray, and is being punished for others’ decisions.

The ZACC - started in 2004 - has faced criticism from international agencies over concerns about corruption within its own ranks.

“ZACC faces major resources and political will constraints, is suspected of having faced challenges of corruption, and civil society organisations have called for a reform of the institution to restore citizens’ trust in the organisation,” Transparency International wrote in a 2015 report.

Gumbo is just the latest politician to be caught up in an anti-corruption blitz in the African country.

In July, then-Tourism Minister Prisca Mupfumira was charged with corruption involving US$95 million taken from the state pension fund.

Mupfumira’s trial has been delayed until December.