Masked gunmen killed at least 18 and injured hundreds of Iraqis when they opened fire at anti-government protesters in the Shiite holy city of Karbala on Tuesday, the Associated Press reported. 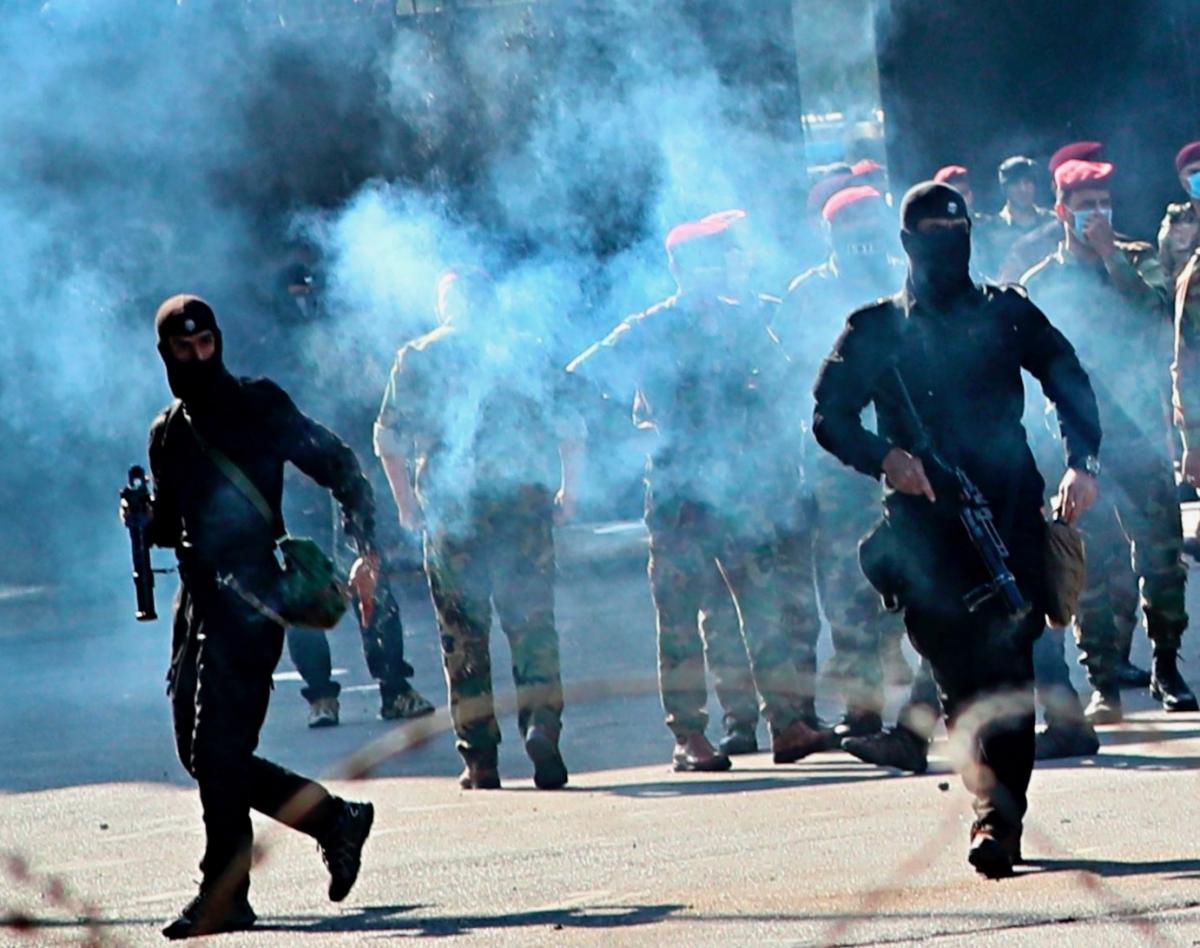 "We saw masked men dressed all in black and they fired live bullets toward the square," one protester told the AP. ‘’People fell dead and wounded right next to me. We tried to escape but when we fled into the alleys we ran into moving checkpoints set up by these forces. They arrested people and searched their phones for video of what had happened," the protester added.

However, Karbala’s governor Naseef al-Khitaby, told media that none of the reports about fatalities were true.

"There are fabricated and false news making the rounds on social media about events that have not happened and casualties that have not occurred," al-Khitaby told reporters at a news conference, according to Al Jazeera.

Media reported that hundreds of people have died during protests that started in October and that saw police shooting at people and using teargas to disperse the crowd.

Meanwhile, thousands of Iraqis have been protesting in Iraq’s capital of Baghdad, calling for economic reforms and the removal of the state’s political elite.

According to Reuters, security forces have used teargas at protestors who have tried to break through to the heavily fortified Green Zone, part of the city where government buildings and foreign missions are located.

Human Rights Watch said on Saturday that at least eight people died when police fired tear gas canisters at the crowd in Baghdad a day earlier.

‘’They are being bolstered by support from a large number of students, while teachers and attorneys unions have said to their members 'don't go to work, come to Tahrir Square and show your solidarity'," she reported.

Prime Minister Mahdi so far refused to resign, but promised he will reshuffle his cabinet and focus on competence and independence of ministers, introduce more women and young people into the government and reduce the salaries of top officials.

According to the World Bank, even with its vast oil wealth, nearly three-fifths of Iraq's 40 million people live on less than six dollars a day, and millions of people lack access to adequate healthcare, education, water or power supplies.