Dutch police say they are hunting for five alleged members of a Scottish gang they believe are connected to the death of popular crime blogger Martin Kok in 2016. 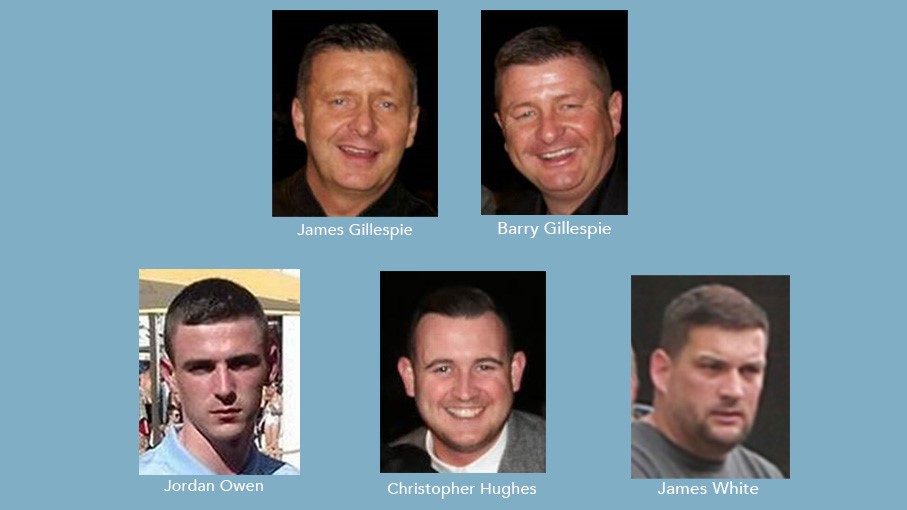 A composite photo showing five alleged Scottish criminals being sought by Dutch police. (Netherlands Police)The alleged leaders James and Barry Gillespie are believed to lead Scotland’s biggest and richest organized gang. They are being sought for kidnapping and attemped murder.

“They grew up in Ruthersglen, a rugged suburb of Glasgow. The men have worked their way up from street dealers to Scotland's most wanted criminals,” Dutch police said in a release.

Hughes is said to have met Kok in an Amsterdam bar before the pair drove to a sex club, around 25 miles from the city on the evening of December 8, 2016.

That’s where they were seen together shortly before Kok was gunned down.

He was entering his silver Volkswagen Polo outside the club, when a shooter emerged from the bushes and fired at the windscreen, killing him.

It wasn’t the first attempt on Kok’s life that day.

Surveillance footage published by Dutch police show an armed man running up behind Kok earlier that night and pointing a gun at his head, without Kok even being aware of him.

It’s not known if the weapon jammed or if the alleged assassin lost his nerve, but he ran off as Kok continued walking.

The Gillespie brothers are alleged to have helmed a phone company which specialized in encrypted phones, and Kok was meeting with Hughes to discuss the product, revealed an investigation by Vice News.

The Gillespie brothers are the main targets of Operation Escalade - a Scottish police investigation assisted by Europol - investigating a flood of cocaine and weapons in to Scotland.

“They have grown up to be tough street fighters in the disadvantaged neighborhoods of Glasgow. According to Scottish police, the five are known for their extremely short fuses,” Dutch police said.

The five are suspected of presenting themselves as real estate developers in the Netherlands.

Scottish police are offering a reward of up to US$6,500 for information on their whereabouts.