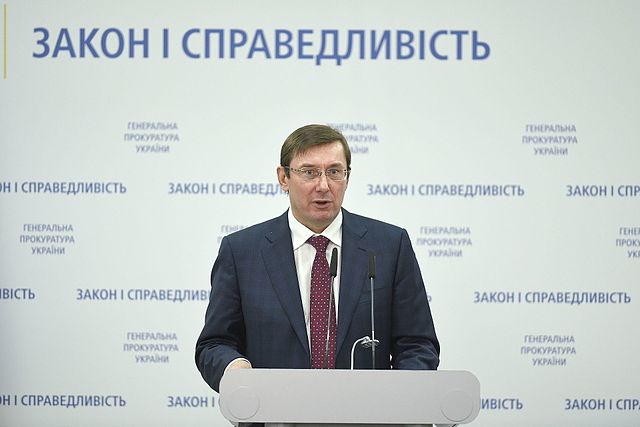 This comes on top of a number of probes launched against him recently.

Earlier this month, the country’s State Bureau of Investigation (SBI) started investigating claims made by a deputy that Luksenko was abusing his post to promote illegal gambling, Ukrainian media reported.

Kyiv Post reminded of reports about Ukraine’s High Anti-Corruption Court also having requested NABU to launch an investigation against the former prosecutor for forging documents while investigating a former minister under ex-President Viktor Yanukovych.

The Kyiv District Administrative Court opened a case against Lutsenko end of August after a former mayor asked for Lutsenko to be banned from traveling.

Despite this request, Lutsenko is now in London, learning English, according to his spokeswoman, Larysa Sargan.

It’s unclear whether all those accusations are related to Lutsenko’s alleged involvement in the scandal that erupted when media published reports about US President Donald Trump’s alleged pressure on Ukraine’s President Volodymyr Zelensky to investigate the Biden family.

Lutsenko himself vaguely reacted on his Facebook page, talking about his “opponents’ habit of looking for fleas and giving them away as mammoths.”