Police in 12 countries arrested 338 suspected members of the world’s largest child pornography distribution and consumption network that was run by a 23-year-old South Korean man and funded by cryptocurrency, according to a US Department of Justice press release from Wednesday. 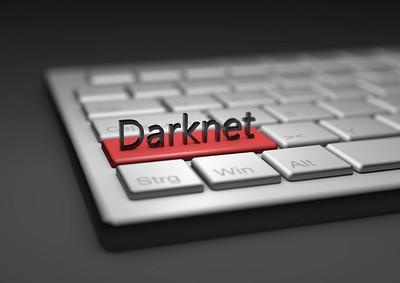 A visual representation of the Darknet (Photo: Christoph Scholz, flickr)Many users of the Welcome To Video website resided in the United States. Police rescued 23 minors that were abused by some of them as well as by users in Spain and the United Kingdom.

The site Jong Woo Son operated contained hundreds of thousands of sexually explicit and exploitative videos featuring minors -- a volume of content that the Department of Justice describes as the largest ever uncovered.

“Darknet sites that profit from the sexual exploitation of children are among the most vile and reprehensible forms of criminal behavior,” said Assistant Attorney General A. Benczkowski, according to the release.

“This Administration will not allow child predators to use lawless online spaces as a shield. Today’s announcement demonstrates that the Department of Justice remains firmly committed to working closely with our partners in South Korea and around the world to rescue child victims and bring to justice the perpetrators of these abhorrent crimes.”

Welcome To Video was a Darknet website, meaning users could visit without leaving a digital trace, according to CNN. The Darknet attracts criminals, political dissidents, and others who want to keep a low profile.

However, authorities located the server in South Korea and identified the administrator by monitoring the users’ Bitcoin transactions.

The forfeited cryptocurrency that once funded Son’s website will, upon recovery, be used to compensate the victims.