Thirteen officers were killed on Monday when 30 people ambushed their convoy that was traveling towards the west Mexican municipality of Aguililla to carry out a court order, authorities said. 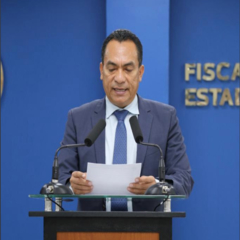 The incident alerted local authorities, and a Special Unit was dispatched to the crime scene. There, they found 13 officers dead, and nine injured. The wounded were transferred to a regional hospital. Twenty officers were unharmed, according to a transcript of López’s statement.

However, media, including the BBC, have reported an additional fatality.

The attackers set two of the police vehicles ablaze, and left notes that accused the police of aiding rival crime groups, according to the Los Angeles Times.

These notes bore the initials, “CJNG,” which refer to the violent Jalisco New Generation Cartel.

Michoacán has been a cartel battleground for decades, as competing drug organizations have fought for uncontested access to a large seaport, according to InSight Crime.

In 2015, cartel members killed 15 police officers in a similar ambush in the nearby state of Jalisco, and in August of this year drug gangs were responsible for the dismemberment of seven individuals and the hanging of nine corpses from a Michoacán bridge, per the BBC.

Mexico’s president, Andrés Manuel López Obrador, has vowed to reduce violence and defang the powerful drug cartels, according to the Washington Post, but with the occurrence of 14,603 murders in the first half of 2019, Mexico may surpass the record high number of murders tallied last year: 29,111, according to Reuters.