A whistleblower complaint filed with regulators states that Ethiopian Airlines went into the maintenance records on a Boeing 737 Max jet just a day after it crashed this year, among other corrupt activities, reports the Associated Press. 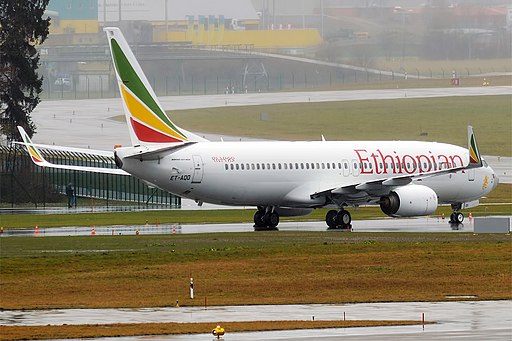 An Ethopian Airlines 737. Photo: Anna Zvereva from Tallinn, Estonia [CC BY-SA 2.0 (https://creativecommons.org/licenses/by-sa/2.0)]Yonas Yeshanew, a former top engineer for Ethiopian Airlines, also said that going into the records, which should have been sealed, was part of a pattern of corrupt habits that included signing off on poor or non-existent repairs, and even physical violence against those who would not cooperate.

Yeshanew, who resigned this summer, shared his report with the AP after sending it last month to the U.S. Federal Aviation Administration and other international air safety agencies.

Ethiopian Airlines’ response to the report has been to paint Yeshanew as merely a disgruntled former employee, and to deny all allegations. However, Yeshanew included emails showing that for years he urged executives to stop the signing of maintenance and repair documentation that he says were done incorrectly, or even not at all.

Following the March 10, 2019, crash of Ethiopian Airlines Flight 302 outside Addis Ababa that killed all 157 passengers and crew, Yeshanew said it was clear that nothing had changed within the culture of the airline.

Besides the poor practices in regards to safety, he said he knows of at least two mechanics in the past three years who were beaten after running into trouble with the airline, and he feared the same fate awaited him.

Yeshanew has since fled to the U.S. with his wife and two children, and is seeking asylum there.