A Tanzanian journalist detained on charges of money laundering and involvement in organized crime may face five years in prison without trial, The Guardian reported Thursday. 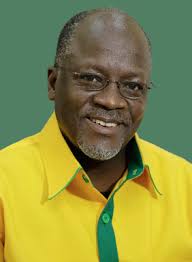 Under Tanzanian law, those accused of economic crimes are not ensured of bail, and Kabendera is in poor physical condition. His lawyers allege that he has been denied medical treatment while in detention, and a video on Twitter, shared by Magufuli opposition leader Zitto Kabwe, shows him limping into court.

"Investigative  journalist@kabsjourno  Kabendera was brought to court today, limping. His right leg in severe pain. Though brave and strong, he is sick. Trumped up, bogus and retaliatory charges against him must be dropped and he [sic] gets treatment#FreeErickKabendera," reads the video caption.

Authorities have confiscated the passports of Kabendera’s wife and children, preventing them from leaving the country, according to the journalist’s sister, Prisca.

Kabendera’s legal struggles come in the wake of increased media suppression by the Tanzanian government. Another journalist, Sebastian Atillo, was also recently brought to court on charges “of reporting fake news and working without accreditation,” according to a Facebook post from the Media Council on Tanzania.

The recent incarceration of journalists has drawn international attention, and prompted the US and Britain to release a “Joint Statement of Concern over the Erosion of Due Process in Tanzania.”

“The US Embassy and the British High Commission are deeply concerned about the steady erosion of due process in Tanzania, as evidenced by the ever more frequent resort to lengthy pre-trial detentions and shifting charges by its justice system.  We are particularly concerned about a recent case — the irregular handling of the arrest, detention, and indictment of investigative journalist Erick Kabendera, including the fact that he was denied access to a lawyer in the early stages of his detention, contrary to the Criminal Procedures Act,” the statement reads.

Kabendera was first arrested in July, when men claiming to be police took him from his home. Another Tanzanian journalist, freelancer Azory Gwanda, was abducted in a similar fashion two years ago. His whereabouts remain unknown.