Malaysia’s former Prime Minister Najib Razak faced the judges again on Wednesday in a long-awaited corruption trial that is to determine whether he stole billions from a state-owned development fund and then tried to cover up the theft. 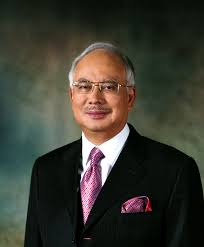 Authorities assume that some US$4.5 billion were plundered from the fund and that Najib himself took US$550 million between 2011 and 2014. Apart from the former prime minister, one of the key figures of the scam was allegedly Jho Low, a Malasyan fugitive businessman.

"The prosecution will establish facts, which will give rise to an irresistible inference that Jho Low and the accused acted as one at all material times," Gopal Sri Ram, the head prosecutor, told the court.

1MDB was set up by Najib in 2009 to help the nation's economic development. Najib denied any wrongdoing and said he believes the scandal was fabricated to stain his image.

However, when police last year raided several flats he owns, they found millions of dollars in cash and nearly 400 luxury handbags, among other items.

In an interview, Najib said that some of the money and items were wedding gifts and not related to the fund. ‘’This is not the way former prime minister should be treated,’’ he added.

Najib’s first trial related to the scandal started in April. He was accused of transferring $10 million from SRC International funds, a former 1MDB unit, to his personal account between 2012 and 2015. A ruling will be announced in November.