India’s Government continued its anti-corruption campaign by forcing 22 senior officials - all heads of tax and customs departments - to retire, Indiatoday reported on Monday. The move is seen by the opposition as a political vendetta. 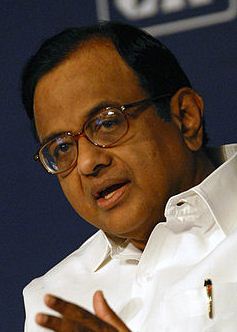 India's former Finance Minister Palaniappan Chidambaram (Photo: World Economic Forum (CC BY-SA 2.0))The “retired” officials, according to the report that was citing a press release, include those who dealt with the Goods and Services Tax (GST) across the country. India’s Central Board of Indirect Taxes and Customs (CBIC), according to the Hindustan Times, acted against the officers “in the public interest” on grounds of “corruption and other charges.”

The clean up started earlier this year, when the Government sacked 12 commissioners of the Indian Revenue Service (IRS) on June 10, then decided to act against another 15 senior CBIC officials a week later, forcing them to retire amid graft allegations.

Indian officials, reportedly, said the cleanup of the government’s structures has been in line with the “zero tolerance for corruption” directive of the Prime Minister Narendra Modi.

However, representatives of the leading opposition party, the Indian National Congress, at the same time accuse Modi and his Bharatiya Janata Party-led Government of a “politically-motivated vendetta.”

They substantiate that with the case of the arrest of the country’s former Finance Minister Palaniappan Chidambaram and his son Karti, who is a member of the Parliament, in New Delhi last Wednesday.

The Chidambarams, according to BBC, were arrested “amid chaotic scenes”, during the search of their homes.

A federal investigative court, according to the report, ordered a four-day remand for the former minister, who has been investigated over allegations that he “cleared foreign investments in exchange for bribes while he was finance minister in 2007.”

The court also ruled that during his remand, Chidambaram, who is 73, would have “daily access to his family and lawyers,” as well as a “medical check-up every 48 hours.”

The ex-minister, as media reported, denied all the allegations.

India’s Central Bureau of Investigation (CBI) already raided the homes and offices of Palaniappan Chidambaram and his son Karti two years ago, along with the residences of some other opposition leaders. Karti has been formally accused of criminal conspiracy and influencing public servants in a 2007 sale of stakes in a company called INX Media to offshore entities, while his father was in power.