The Cypriot press ethics committee slammed on Monday the president’s former law firm for threatening to sue media that published a report claiming the firm facilitated transactions to companies suspected of money laundering. 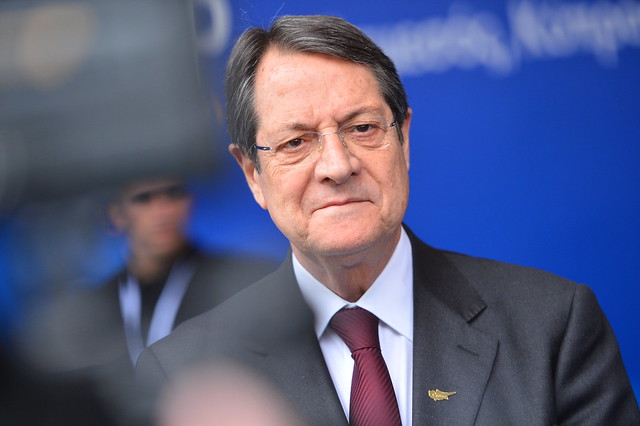 Nicos Anastasiades (European People's Party - CC BY 2.0)Nicos Chr. Anastasiades & Partners said on Saturday it would take legal action against the OCCRP and threatened to do the same with Cypriot media that picked up the report, accusing them of trying “to harm its reputation via false and libellous reports.”

The threat was “inappropriate,” said George Pavlides, chairman of the Cyprus Media Complaint Commission, an independent body overseeing the application of the conduct by printed and electronic media on the East Mediterranean island.

The law firm was founded by Nicos Anastasiades in the 1970s. He handed over his shares to his two daughters shortly before he became president in 2013.

The OCCRP report revealed that two clients of the law firm had made several transactions worth more than US$323 million to shell companies suspected of money laundering.

The transfers appear to have been part of the so-called Troika Laundromat - a network of shell companies that enabled its users to evade taxes, launder funds and hide assets.

The suspicious funds were wired by the law firm’s clients, Batherm Ventures Ltd. and Matias Co Ltd - both believed to be owned by Alexander Abramov, a Russian oligarch and friend of Russia President Vladimir Putin. The firm also helped Abramov acquire Cypriot citizenship in 2010.

Nicos Chr. Anastasiades & Partners said that the matter addressed in the OCCRP report has already been investigated and that “it emerged that neither our law firm nor any company of our clients was implicated in related offenses.”

“As a result, our law firm had never been under investigation,” it said.

The Cypriot government also refuted the OCCRP report, calling it libellous and not reflecting the truth.

Government spokesman Prodromos Prodromou said that the matter had already been investigated by several countries, including the United States, and that none of the probes included President Anastasiades or his former law firm.

OCCRP editor Drew Sullivan explained that the “story was proven through leaked documents not available to various investigators at the time, and maybe they will want to revisit this case after our story.”

The government spokesman also said that the president regrets that Cypriot media had republished the “libelous” claims, this way  “strengthening the attempted defamation of our country and the very President.”

The story was about the president of Cyprus, not about the country or any other of its citizens, Pavlides reminded in his statement.

OCCRP stated on Tuesday that its story was rigorously fact checked and therefore “cannot constitute libel, as it relates only facts backed by documented evidence.”

“We stand by our reporting,” the outlet said.