Prime Minister Trudeau violated the law when he tried to persuade Canada’s attorney general to go soft on a company charged with corruption, the ethics commissioner concluded in an “explosive” 63-page report on the SNC-Lavalin affair released Wednesday. 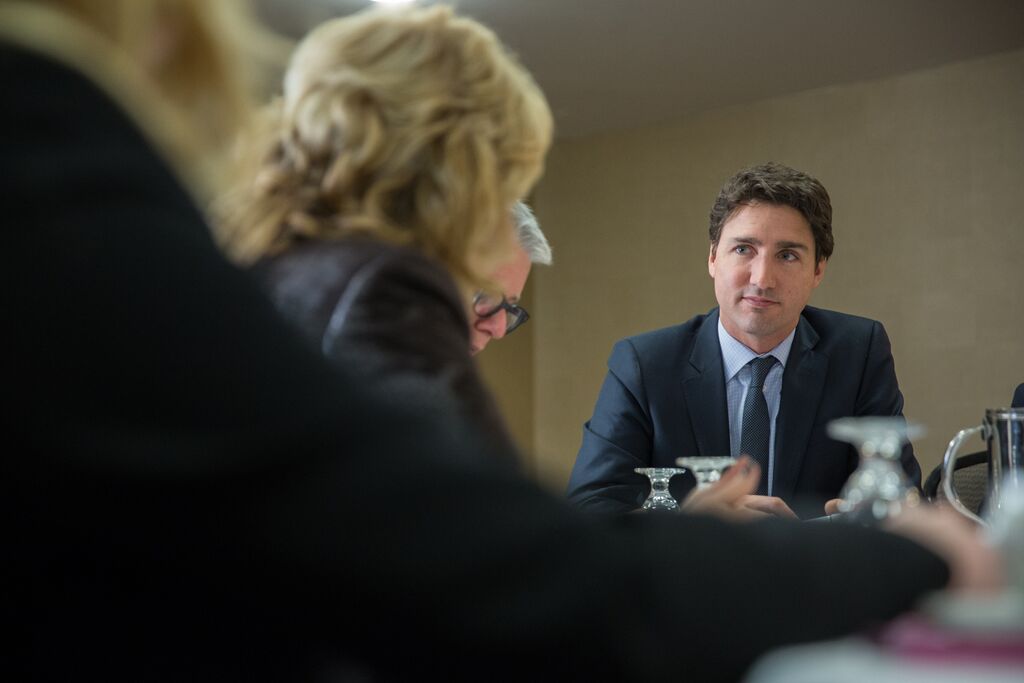 The Liberal Party’s reputation only began recovering from the corruption scandal in June (Liberal Party of Canada) The findings lurch the SNC-Lavalin scandal back into the spotlight, more than six months after it initially hit headlines and battered the reputation of Trudeau’s Liberal government and just two months ahead of what are anticipated to be hotly contested national elections.

In compiling the report, Ethics Commissioner Mario Dion set out to determine whether Trudeau used his position of authority to influence the decision-making of the former Attorney General Jody Wilson-Raybould in her prosecution of SNC-Lavalin, a successful Montreal-based engineering and construction firm that has secured contracts all over the world.

The company is currently set for trial over corruption and fraud charges that were initially raised in early 2015 by the Royal Canadian Mounted Police.

The charges pertain specifically to SNC-Lavalin’s work in Libya, where over a period of 10 years senior employees at the company allegedly spent over US$35 million trying to bribe government officials, including dictator Moammar Gadhafi. SNC-Lavalin also allegedly defrauded Libyan companies of nearly $100 million.

If convicted, SNC-Lavalin would have been banned from bidding on federal contracts for 10 years.

After the 2015 October election, SNC-Lavalin attempted to avoid criminal prosecution by lobbying the Trudeau government to add a “deferred prosecution agreement” (DPA) to the country’s Criminal Code, which would allow the company to avoid the potential existential threat of a 10-year ban and pay fines to the government instead.

As detailed in a CBC investigation, the Trudeau government ultimately yielded after 20 months and covertly added the DPA amendment to the Criminal Code in an omnibus budget bill passed in June 2018. In the fall, Trudeau and members of his government then began to put pressure on the attorney general to hand SNC-Lavalin a DPA instead of a criminal conviction.

Wilson-Raybould refused, and was “demoted” to a position in the Veteran Affairs Ministry in January. In February, after she resigned from Trudeau’s cabinet, she testified to the justice committee that she had been subject to a “constant and sustained” political interference by members of Trudeau’s government.

In Wednesday’s report, Dion states that the evidence he analyzed showed “there were many ways in which Mr. Trudeau, either directly or through the actions of those under his direction, sought to influence the attorney general."

Although the Liberal government has defended its actions on the grounds that it aimed to protect the jobs of the nearly 10,000 Canadians employed by SNC-Lavalin, Dion also pointed out that “SNC-Lavalin had significant financial interest in deferring prosecution. These interests would likely have been furthered had Mr. Trudeau successfully influenced the Attorney General to intervene in the Director of Public Prosecutions’ decision.”

The party took a severe beating this spring because of the SNC-Lavalin affair, and only began recovering in public opinion polling in June.

His opponents in the upcoming election, meanwhile, have seized on the scandal’s reemergence to denounce Trudeau’s character. “We now know, beyond a shadow of a doubt, that Justin Trudeau is not as advertised,” Andrew Scheer, the head of the Conservative Party, told reporters on Wednesday, while Jagmeet Singh, the leader of the left-leaning New Democratic Party said he was deeply concerned that the prime minister worked to “benefit the interest of a multimillionaire corporation.”

“This is just unacceptable -- it is outrageous,” he added.

At a press conference on Wednesday, Trudeau said that he fully accepted this report and that he was taking full responsibility for everything that happened,” but also added that “I can’t apologize for standing up for Canadian jobs.”