Head of Korean Company Contracted by US Navy Indicted for Corruption

The US Justice Department filed corruption charges this week against a Korean husbanding company CEO that resupplied and worked with American naval ships, including aircraft carriers. 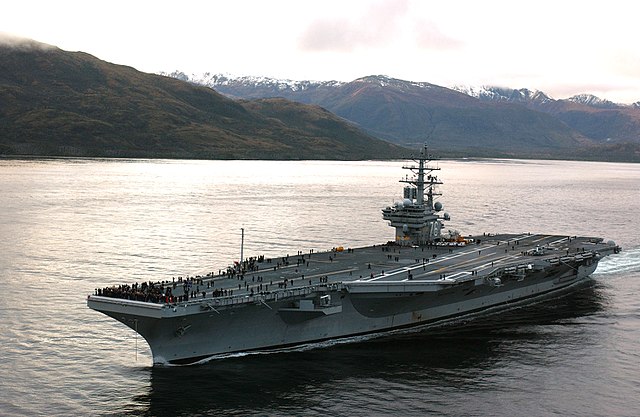 The USS Ronald Reagan, which was serviced by Sung-Yol Kim’s husbanding company (Elizabeth Thompson, Public Domain)Sung-Yol Kim, who operated DK Marine Service in Busan, South Korea, was charged with bribery and conspiracy after a US government cargo transport official admitted to rigging Naval contracts with the company.

In exchange for docking schedules and pricing plans of competitors, Kim allegedly promised a job to merchant mariner James Driver in addition to paid travel and housing expenses, completing the transactional triangle between the service branches and the company.

Husbanding is the process of providing tug boats, routine sewage, water, and waste services, and anything else a ship may need when in a foreign port, a lucrative business that depends on a steady relationship with ship operators, like the US Navy.

The case is reminiscent of the dozens of Naval officers implicated in the corruption cases surrounding “Fat Leonard” Francis, which began to surface in 2013.

While that scandal resulted in the investigation of over 400 Naval personnel, this case has started off quietly with only two indictments to speak of.

However, Kim’s court documents identify an unnamed co-conspirator who directed operations for the Military Sealift Command Office in Busan who facilitated the corruption and actively skirted alerting contractors in Japan, the indictment claims.