U.S. Navy Admiral, Robert Gilbeau, was sentenced on Wednesday to 18 months in prison for lying to investigators about his dealings with a foreign defense contractor who is at the center of a major corruption scandal. 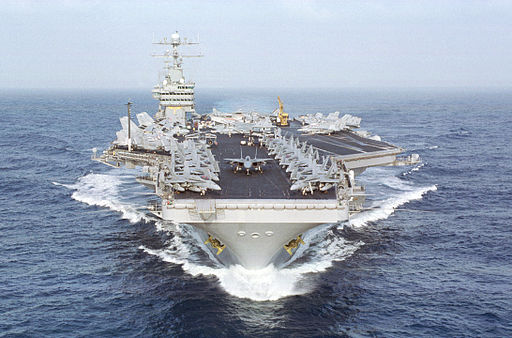 Gilbeau also admitted that he approved invoices that grossly overcharged the Navy and destroyed documents and computer files in September 2013 when Francis and others were arrested on fraud and bribery charges.

"It is truly a somber day," acting U.S. Attorney Alana Robinson said in a statement. "When tempted by parties and prostitutes, one of our most respected leaders chose karaoke over character."

Gilbeau and Francis began their business relationship in 1997. The Admiral was lured by expensive gifts ranging from fine dining, luxury hotels and prostitutes, prosecutors said.

In exchange, Gilbeau signed off on contracts for services such as removing waste from U.S. aircraft carriers at highly inflated prices.

"You dishonored your shipmates, the Navy and the United States of America," U.S. District Judge, Janis Sammartino, told Gilbeau at a federal court in San Diego.

Twenty five people have so far been charged in the corruption scandal. Of those charged, 20 are former or current U.S. Navy officers and five are Glenn Defense Marine Asia executives, according to the U.S. Justice Department.

Ten have pleaded guilty and another 10 cases are pending.

Gilbeau is the first admiral ever to be convicted of a federal crime while on active duty and is also the highest-ranking U.S. Navy officer to be sentenced in the scandal so far.

In addition to his 18-month prison sentence, Gilbeau will serve three years of probation, do 300 hours of community service and pay the Navy $150,000 in restitution and fines.