Brazilian police arrested on Monday two Italian mafiosi who are considered by European and American anti-drug authorities to be the world’s main cocaine brokers. 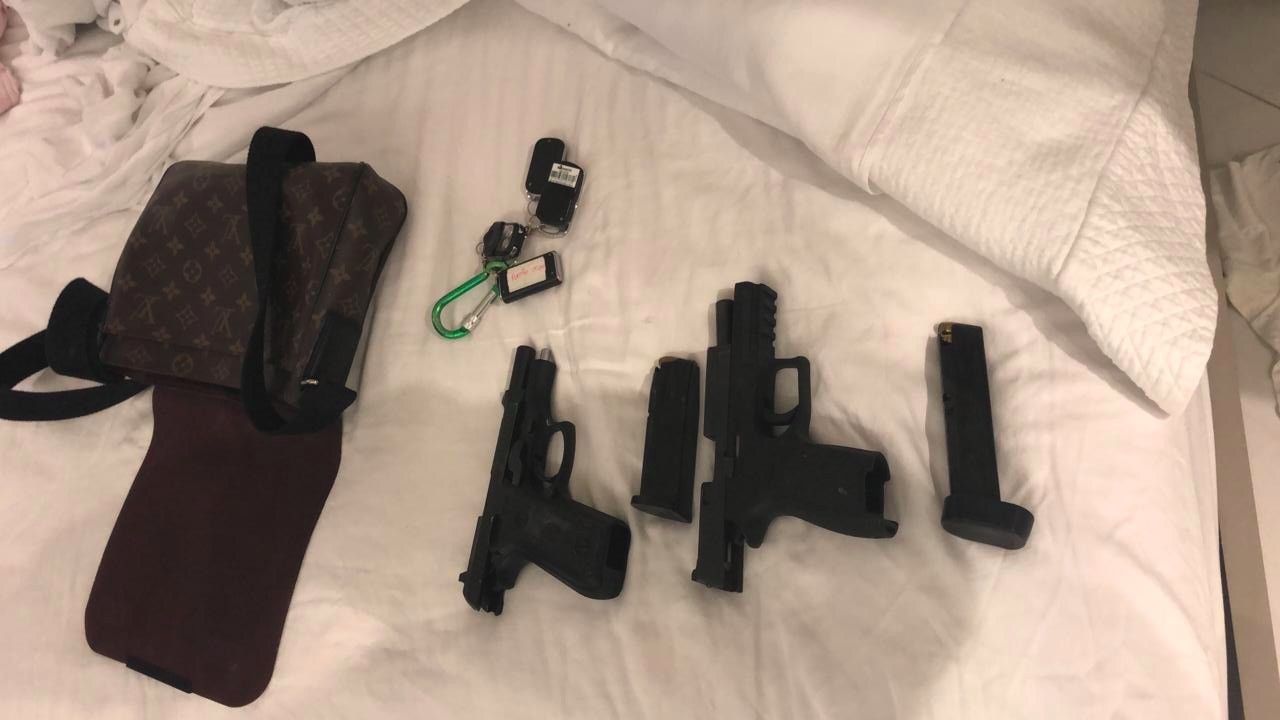 Weapons seized during the raid in Brazil (Photo: Federal police)Federal police arrested Nicola Assisi, his son Patrick, and several of their associates, including a Peruvian citizen, in the State of Sao Paulo. The Assisi were arrested in a luxurious house on Praia Grande, a beach settlement of the Sao Paulo coast - an area considered to be ruled by the Primer Comando da Capital narcos group.

The Assisi are among the most powerful and most successful ‘Ndrangheta cocaine brokers, and have both been convicted of international drug trafficking by the Court of Turin. Nicola Assisi was sentenced to 14 years in prison and was on the run for two decades.

The Federal Police of Paranà and Sao Paulo stated during Monday’s press conference that the ‘Ndrangheta controls at least 40% of the global cocaine trade.

The early morning police operation - named “Barao Invisivel” after IRPI’s investigation published by Portuguese magazine Expreso in 2016 - was carried out in collaboration with the Carabinieri military police of Turin, a city in northwest Italy where Assisi had built his drug ring during the '90s.

Police said the operation took a long time because the monitoring around the premise had to be carried out carefully given Assisi’s high security measures - a complex system of 360 cameras recording at all times and an internal monitoring station separated from the rest of the building.

Assisi also had physical counter surveillance as well as armed escort. This meant police had to use sophisticated intelligence techniques in order to locate and arrest the culprits. When police finally raided the flat, they discovered the Assisi had also built hideouts and escape routes.

Now investigators will look into the possibility that the Assisis have enjoyed protection from corrupt officials and had found various false IDs, including Argentinian and Brasilian passports, in the flat. A Beretta gun and a Glock were also found, together with dollars, euros and a large sum of reais.

Brasilian Federal Police claimed the recent seizure of one ton of cocaine in Santos was part of this investigation and that most of the recent cocaine seizures in that port are related to this drug ring.

Nicola and Patrick Assisi have been based in Brazil since at least 2013. Nicola had briefly been arrested in Lisbon but managed to escape in 2016. Since then, half the world's police have been after the two criminals.

As IRPI reported in a joint investigation with Expreso, Convoca and ABC Paraguay, the Assisis have been dealing with the Brazilian PCC both in Peru and in Paraguay, especially in Pedro Juan Caballero, a city on the Brazilian frontier where narcos groups strike their deals.

IRPI reporters were the first to discover the Assisis had registered a small trading company called Poli Pat 9 at a law firm in Ferraz de Vasconcelos, a poor area of Sao Paulo, and a suspected money laundering hub of the PCC drug traffickers.

This company was all the Assisis had left. But - Federal Police explained - they kept communicating with the ‘Ndrangheta in Italy, and this correspondence eventually led the men to be identified by the Carabinieri.