Montenegro should scrap draft legislation that would allow the government to hide information about public spending, as such a law would open the door for corruption and undermine the country’s EU membership negotiations, activists say. 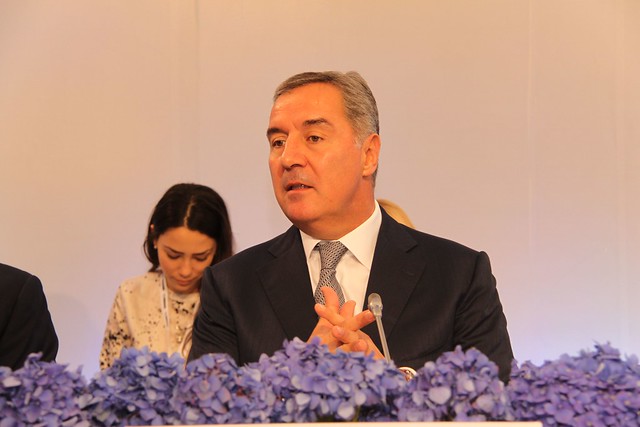 Montenegrin President Mile Djukanovic (Photo: OSCE Parliamentary Assembly (CC BY-SA 2.0))The Ministry of Defence will hold a public hearing on Tuesday about its proposed amendment to the Law on Classified Information, which would enable government bodies to withhold information if they decide that releasing it would impede their ability to “perform their activities.”

Critics say the wording of the amendment would be interpreted far too broadly, allowing the government to classify information that is in the public interest, including - but not limited to - state spending.

“Clearly it would enable much activity related to spending of public funds to be hidden from public view,” said Helen Darbishire, Executive Director of Access Info Europe, a Madrid-based advocacy group.

“And where there is no transparency, corruption can flourish unheeded, unchecked, unknown to the public,” she explained.

Darbishire said the amendments would violate treaties Montenegro has signed, such as the United Nations International Convention on Civil and Political Rights, as well as commitments made as part of its accession to the EU.

Rule of law, including access to information, is of “pivotal importance” to the EU, said the Union’s ambassador to Montenegro Aivo Orav in emailed comments.

“The delegation of the European Union to Montenegro is carefully following this issue as we attach utmost importance to the right of any individual to seek and receive information effectively from public bodies,” he said.

In its most recent report on Montenegro’s process of accession, the European Commission urged more transparency and said it was concerned about the increasing practice of government bodies to declare documents as classified.

The Ministry of Defence declined to comment other than saying it opened public hearings about the amendment on June 11. However, Tuesday’s event in the capital of Podgorica is the only public hearing scheduled to take place about this issue.

Montenegrin officials have repeatedly faced allegations of corruption, including facilitating money laundering for criminal organisations through a bank owned by the family of President Milo Djukanovic, who has been in power for three decades.

In February, mass protests broke out in Podgorica after a video showing a government official receiving 97,500 euros (US$110,808) from businessman Dusko Knezevic was made public.

The money was intended to buy votes for the ruling Democratic Party of Socialists, according to audio heard in the video, which was released by Knezevic, formerly a close ally of Djukanovic.

As part of the EU accession process, Montenegro has committed to cracking down on corruption. The government has formed a working group on drafting amendments to the law on freedom of information (FOI) with the intention of improving transparency.

"Our citizens have the right to ask for information on how public policies are implemented and how their money is spent,” said Public Administration Minister Suzana Pribilovic at a June 18 forum organised by the Montenegrin advocacy group MANS.

Yet, campaigners say the defence ministry’s proposed amendment to the classified information law will severely restrict the public's access to information.

In a June 26 statement, Transparency International noted that the same amendment to be discussed at the public hearing was proposed and then withdrawn by the government in March after public opposition from a coalition of 25 advocacy groups.