In a Thursday press release, British Prime Minister Theresa May took it upon herself to call on other European countries to help the Western Balkans confront problems of weak governance and organized crime. 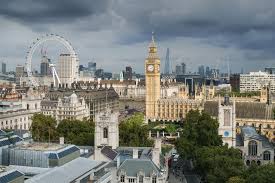 Yet it may seem unusual that a country currently leaving the European Union, and whose capital is the world’s money laundering center for illicit drug trafficking, is advocating for better European engagement in the Balkans with respect to organized crime problems.

A recent report by the Fraud Advisory Panel found that the level of domestic corruption in the United Kingdom is widely underestimated.

At a meeting of Interior Ministers held Thursday, various countries agreed to participate in a UK-designed program meant to help the Western Balkans avoid becoming havens for organized crime organizations - a goal which the British have not been able to achieve either.

The announcement of Britain’s intentions vis-a-vis the Western Balkans comes as global leaders gather in Poznan, Poland for an annual Western Balkans summit where they have sought to reassure regional leaders that the EU still looks favorably upon their accession prospects.

“For us, the Western Balkans is not the backyard of the European Union, but the inner courtyard,” Michael Roth, the German minister of state for Europe, said at the summit Thursday.

Albania and North Macedonia were meant to open long-awaited accession discussions with the EU last month but the negotiations were postponed until later this year due to reluctance by certain EU members, including France and the Netherlands.