In late June 2012, a young Armenian women accompanied by two men entered the Geneva office of Lombard Odier, one of the largest private banks in Switzerland. She wanted to withdraw some of the couple of hundred million Swiss francs deposited into an account opened in early 2009 in the name of the Gibraltar-based Takilant. While on paper she owned Takilant, she was not authorized to access the account and so was refused. 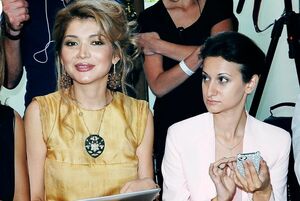 She never came back. But others tried several times to get at the money. Bank officials became suspicious and called the Swiss anti-money laundering office. The bank discovered that Bekhzod Akhmedov, the man who had opened the account for Takilant, was on Interpol’s Wanted List, accused of fraud in Uzbekistan. Soon after, Swiss prosecutors launched an investigation and froze a series of accounts containing US$ 650 million. The accounts were connected to Gulnara Karimova, the daughter of Uzbekistan President Islam Karimov. Akhmedov was once described as the chief executive of Gulnara Karimova’s investment group, who since fled Uzbekistan though no one knows where.

The young woman who had tried first to get into the Lombard Odier account was Gayane Avakyan, a close associate of the first daughter. The two men with her were employees and directors of her companies.

Gulnara Karimova owns a luxurious apartment in this Paris building which is home to many celebrities. It is considered a true jewel of Art Deco style. 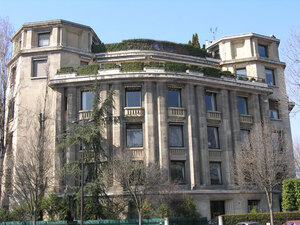 Where the money deposited in Switzerland came from has not been disclosed to the public, but financial documents obtained by the Organized Crime and Corruption Reporting Project (OCCRP) show that at least some might have come from the more than US$ 1 billion worth of payments and ownership shares that Karimova squeezed out of international telecom-related companies. Among the companies that paid her lavishly were Scandinavian and Russian telecom companies TeliaSonera, VimpelCom and MTS.

The records also show that Lombard Odier is not the only bank in which Karimova moved her money. She also used Parex and Aizkraukles banks in Latvia, and the Standard Chartered Bank in Hong Kong.

Her audacious schemes cost the people of Uzbekistan money that might have paid for pensions or healthcare, but instead went into banks, an offshore hedge fund and her luxurious palaces around the world.

The OCCRP Records show that in November 2007, just days after receiving payments from VimpelCom and the Merkony Investment Group, Takilant wired US$ 38 million to an account in Citibank London. The account belonged to PFPC International, a subsidiary of PFPC Worldwide Inc, which acts as a transfer agency and funds administrator for offshore and alternative investments. Takilant invested in a fund called First Global Investment. PFPC was later bought by The Bank of New York Mellon. 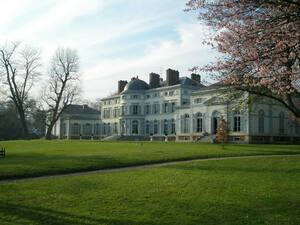 The Chateau de Groussay is a registered historic monument built in 1815 for the Duchesse of Charost, the daughter of the governess of Louis XVI and Marie Antoinette. Photo: Wikipedia

It is not clear whether Karimova still has money invested in that fund.

With money from VimpelCom and Merkony she also bought a property in Uzbekistan from the State Property Committee.

While banking records are not open, land records OCCRP has obtained indicate that around the same time Karimova was moving money into Hong Kong and Switzerland, she was buying properties in Hong Kong and France.

In Feb. 2009, Karimova, through a proxy, purchased a penthouse on the 80th floor of the “The Arch” in Hong Kong for US$ 14 million. Later that year she secured a luxurious apartment in Paris and a villa near the exclusive French resort of St. Tropez for an undisclosed amount. In 2011, her boyfriend Rustam Madumarov bought a castle in Ile-de-France, near Paris for US$ 36 million. The apartment and villa in France has been seized by French authorities in September 2014.