In the aftermath of a “disastrous” European court ruling, we explain why journalists — and the public — need access to corporate ownership registries.

In 2019, Luxembourg bowed to years of pressure to make its database of company owners public –– allowing OCCRP and its partners to expose firms in the heart of Europe that were controlled by criminals and corrupt politicians from around the world.

But Luxembourg and other countries quickly pulled that data offline last week, following a judgment from the European Court of Justice that struck down an EU requirement that they provide this information to the public.

“This ruling is a total disaster,” said Drew Sullivan, OCCRP’s publisher. “The European Court of Justice has just done more to help organized crime and dark money flows than the worst criminal could manage.”

For journalists, publicly available beneficial ownership A "beneficial owner" is the person who ultimately controls a corporate entity and stands to profit from it. Often this is the same as the legal owner, but in complex corporate structures, the beneficial owner may hide himself behind proxies or other companies. registries are a key tool for exposing corruption and financial crimes like money laundering. In what OCCRP dubbed the “OpenLux” project, our members and partners used this data to uncover secret Luxembourg companies used by Italian mafia figures to hide their money, Serbian political insiders to do business with criminals, and children of Russian oligarchs to keep vast real estate holdings. 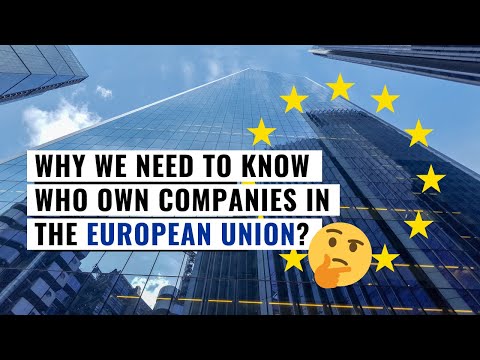 After last week’s judgment, such a project is likely impossible in Europe. Worse, non-EU countries may follow Europe’s example and roll back progress on corporate transparency made over the past few years. That’s bad news not only for journalists, but for everyone.

Last year, for example, OCCRP reporters from Turkmenistan, whose government is one of the world’s most corrupt and repressive, used information from the U.K. beneficial ownership register to show how their government had been doling out food import contracts to the president’s nephew. Perhaps in an effort to cover his tracks, he had set up his food import company in the United Kingdom.

The withdrawal of public beneficial ownership information could also compromise Europe’s efforts to track down the assets of sanctioned Russian oligarchs and Kremlin allies. Earlier this year, OCCRP reporters used ownership information from the Cypriot corporate registry to track down the assets of Andrei Kostin, a sanctioned oligarch known often as “Putin’s banker.”

“Without the new beneficial ownership register in Cyprus, I would never have been able to identify the proxy owner that Kostin used to secretly own villas, apartments, and hotels across Europe and Russia,” said Graham Stack, the reporter who wrote the story.

As such reporting shows, corporate secrecy allows some of the worst actors from some of the world’s most corrupt countries to move stolen money into the West. Open access to company ownership information is one of the few ways to make them think twice.

To make that point as forcefully as we can, we’re using this page to bring together our and our partners’ investigations that relied on publicly available company ownership data to make major revelations.

We will continue to add updates with more information on the ruling and its implications, plus more examples of journalism enabled by public access to ownership registers.

“Transparency is critical to democracy,” Sullivan said. “It doesn’t help to save your privacy if you lose your soul in the process.”

FAQ: The EU Ruling on Ownership Transparency and What It Means for Journalists

In late 2022, the European Union's top court struck a major blow to ownership transparency. What does it mean for journalists and anti-corruption campaigners?

Central Bank Governor Riad Salame has touted investment in Lebanon while sending his own money to Europe.

Dodgy money from around the world has poured into secretive shell companies based in Luxembourg. Here’s why it was possible — and how we exposed them.

A man named Eric Whyte controls offshores that own luxury properties and investments worth millions. Clues suggest he is acting as a proxy for Andrei Kostin, a sanctioned Russian banker with strong Kremlin ties.

Luxembourg is tiny, but it holds big secrets. A joint investigation into the country’s corporate register shows how corrupt officials, criminals, and politically exposed people use it to hide their doings.

Introducing a project to track down and catalogue the vast wealth held outside Russia by oligarchs and key figures close to Russian President Vladimir Putin. 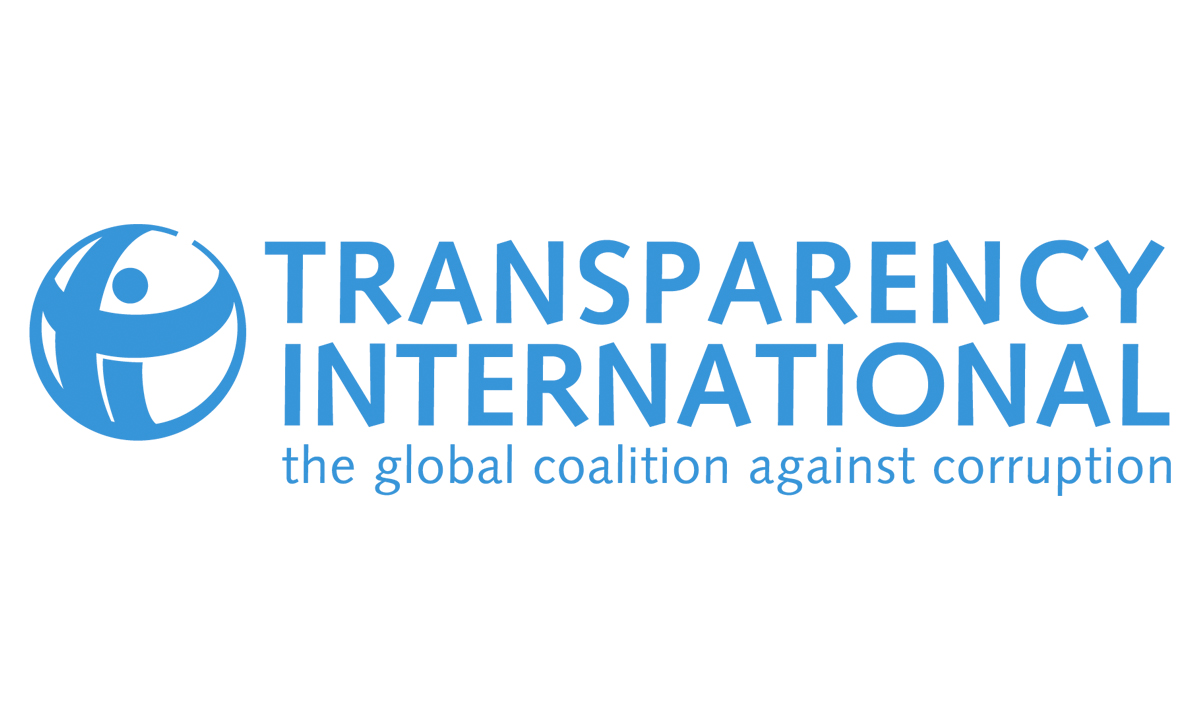 Transparency activists revealed that Czech Prime Minister Andrej Babiš was in a conflict of interest, because he secretly controlled a conglomerate that received E.U. subsidies. The discovery was only possible because of a UBO registry in neighboring Slovakia, where Babiš had two trusts that owned shares in the Czech Republic-based company Agrofert. 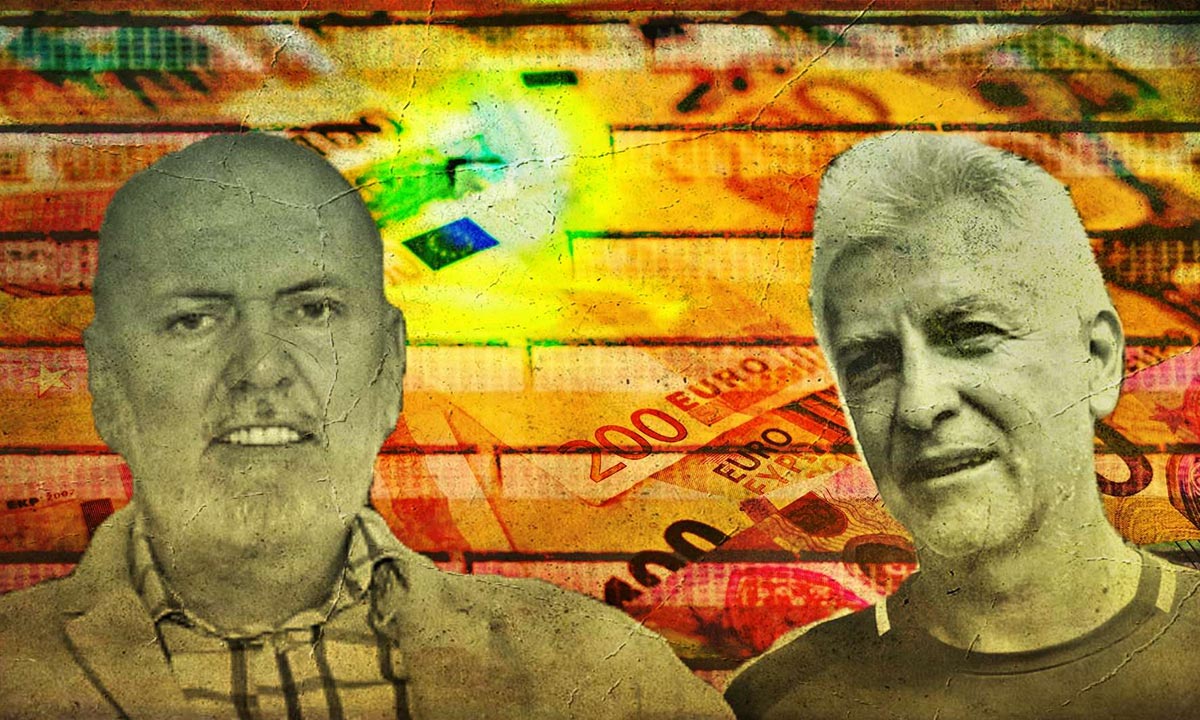 Where Do Millions of Dollars of Support for Solar Power Plants Go?

An investigative center dedicated to the memory of a murdered Slovak journalist reveals the oligarchs behind several mysterious companies that won a shadowy tender process to build solar power plants in the country. 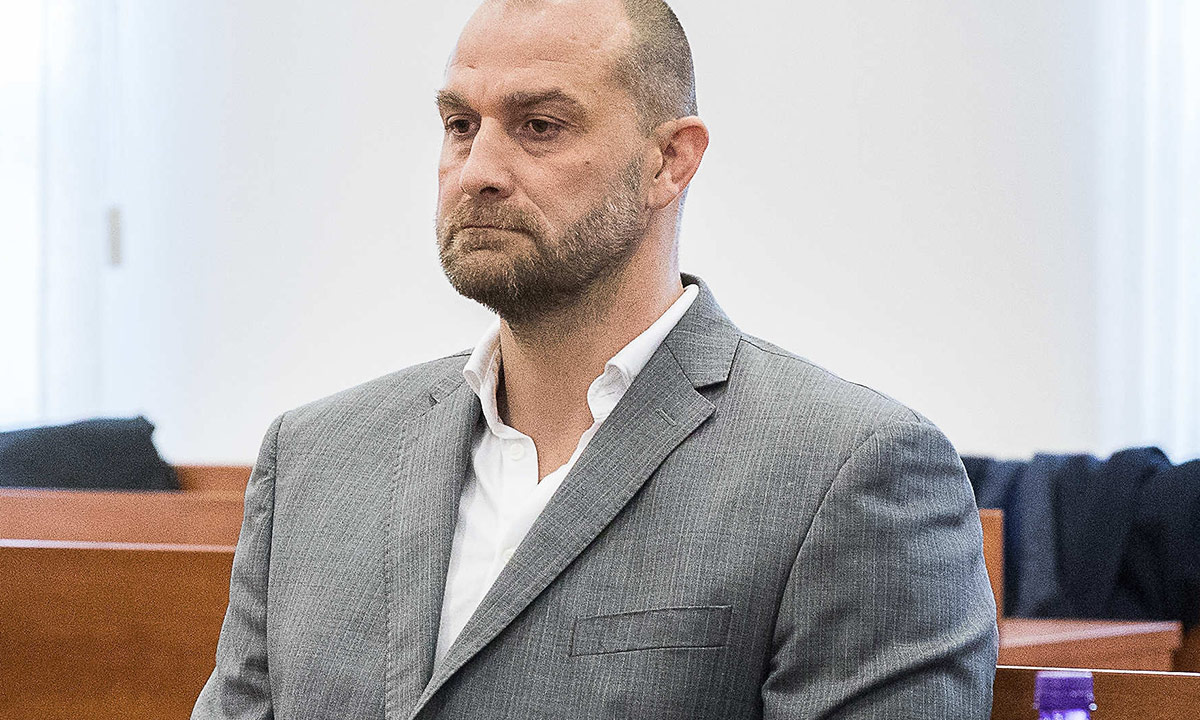 This investigative series delves into the corporate empire and financial dealings of Norbert Bödör, a notorious Slovak oligarch accused of money laundering and criminal ties. 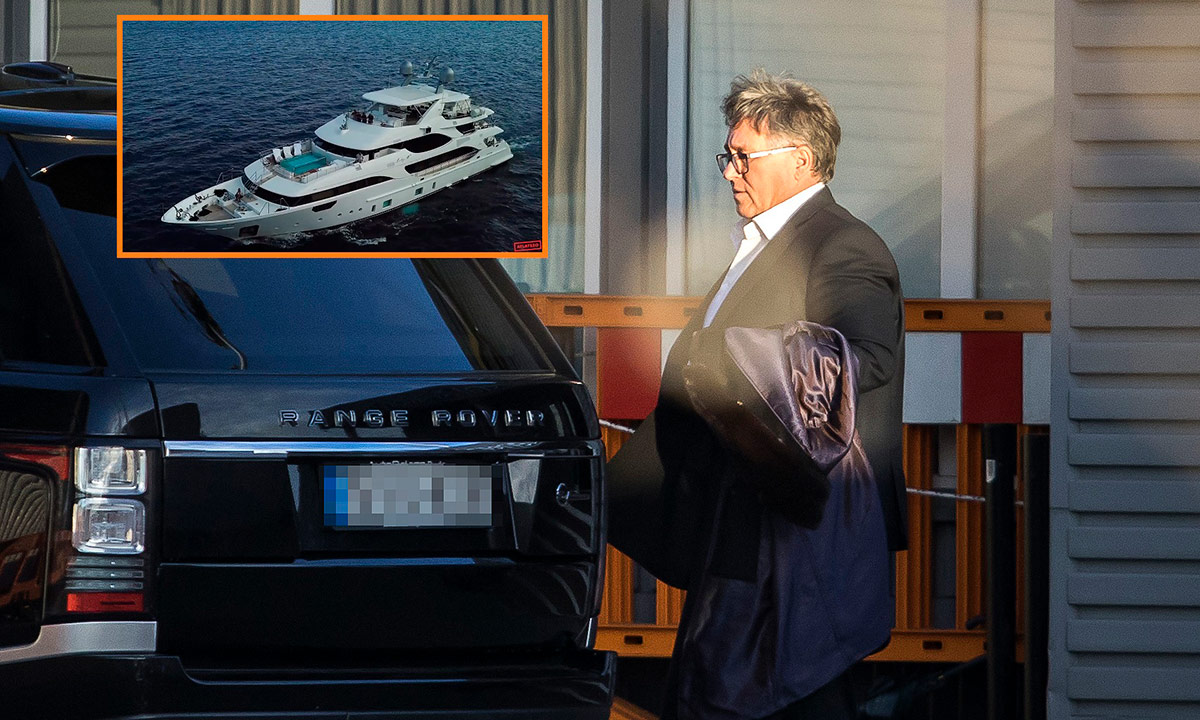 Hungarian journalists found the minister of foreign affairs and other top officials using a luxury yacht, but hit a wall when trying to trace the ship’s owner — until Malta opened its beneficial ownership registry. The information helped them trace a path to Lazlo Szijj, a wealthy construction tycoon who made a fortune on government contracts. 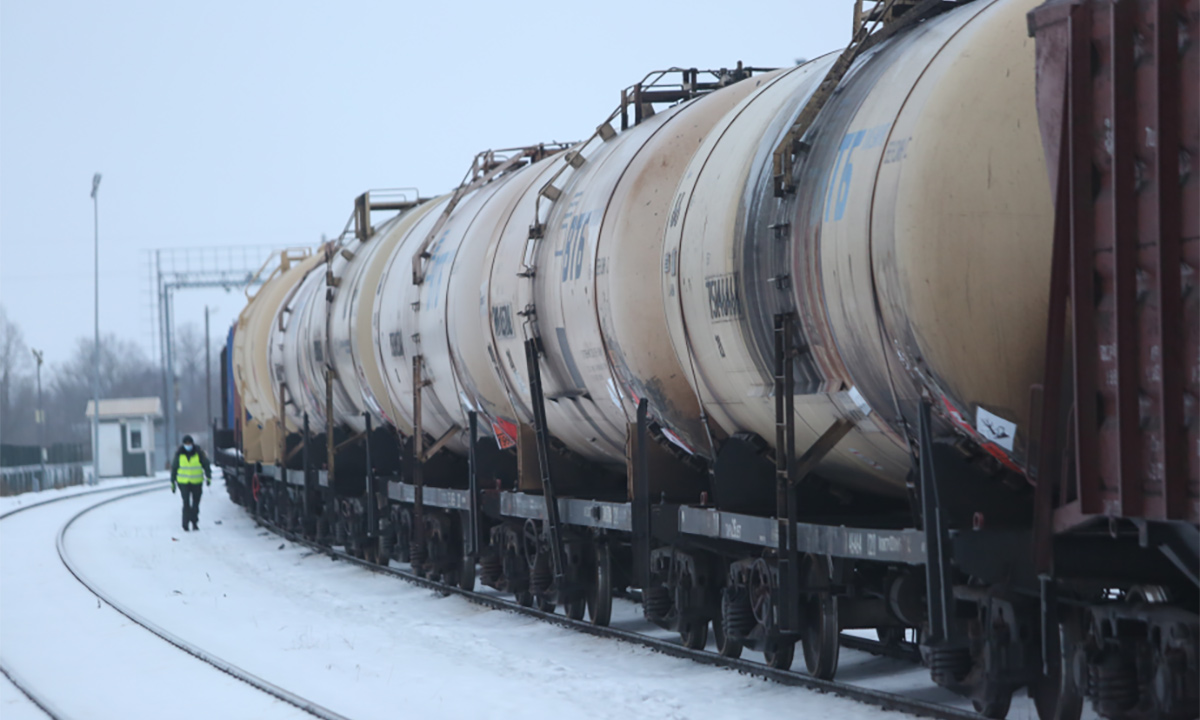 OCCRP’s partners in Latvia, Estonia, and Belarus showed how a cluster of companies linked to sanctioned tycoon Mikalai Varabei was exploiting a loophole in EU trade sanctions against Belarus. UBO data was essential in showing how the corporate network came together and started moving record amounts of Belarusian oil into Estonia. 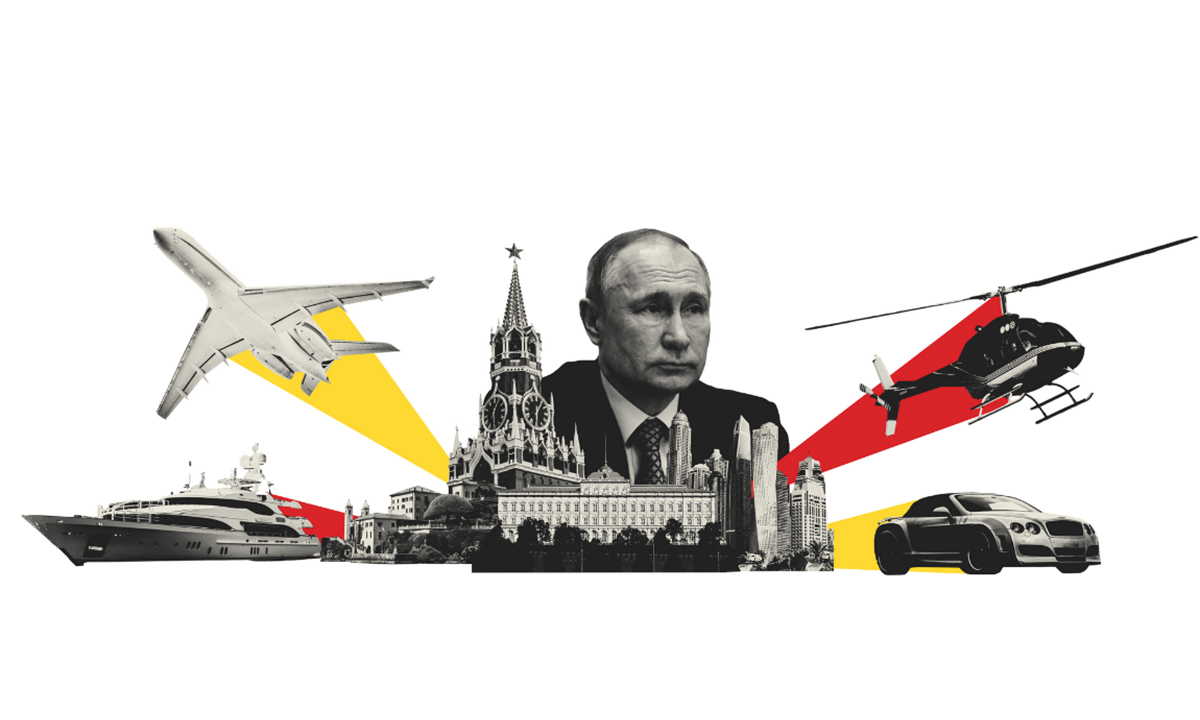 Russian Oligarchs Own Properties in Latvia

With the help of UBO data, journalists found over 145 properties worth around $17 billion owned by Alisher Usmanov, Roman Abramovich, and other sanctioned Russian businessmen. 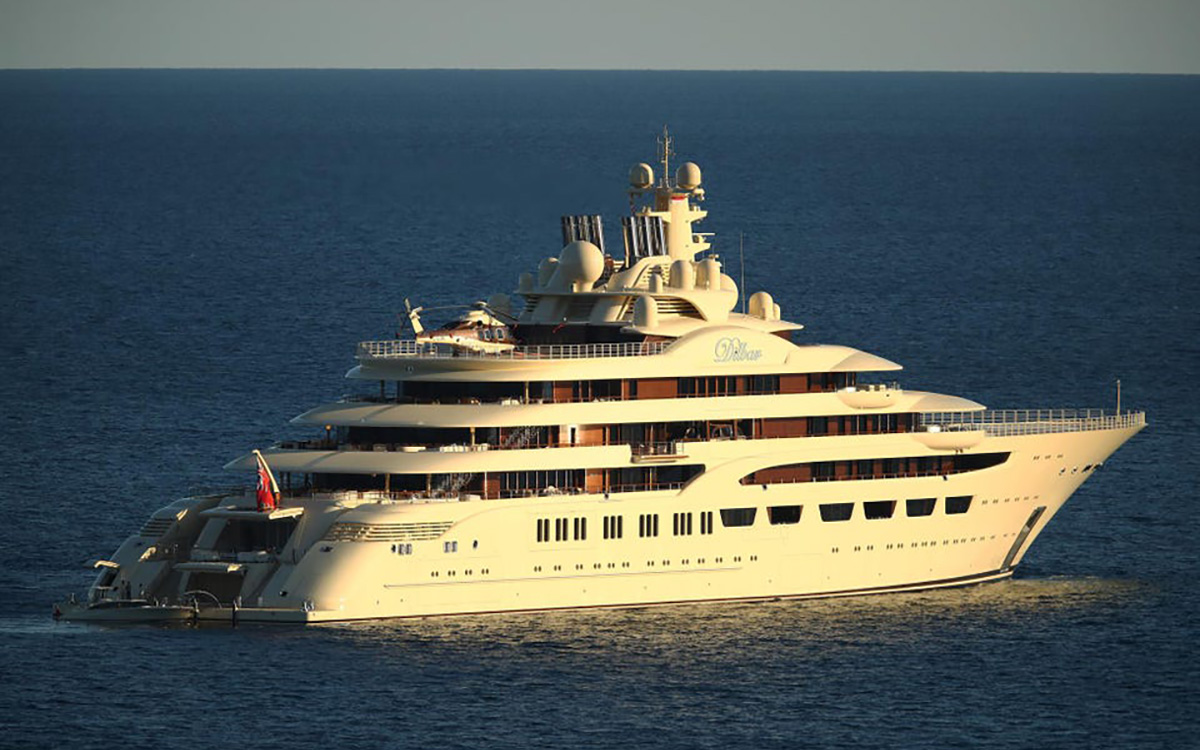 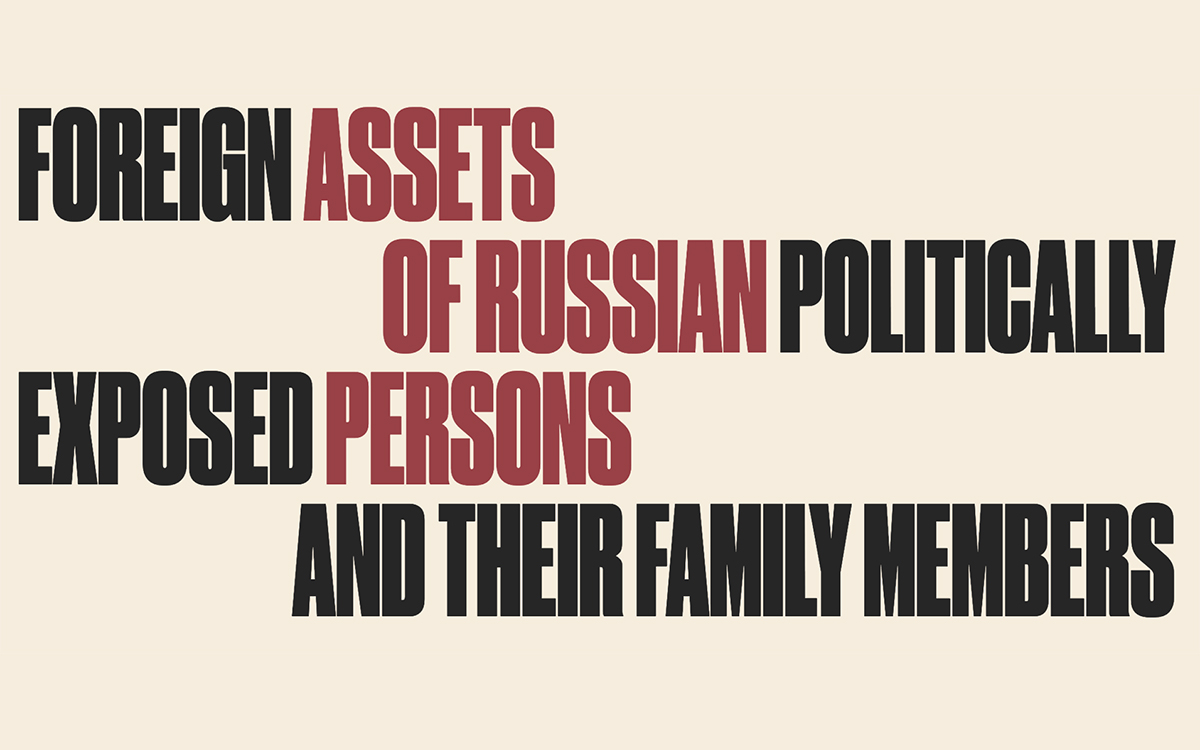 An Interactive Guide to Foreign Assets of Politically Exposed Russians

Reporters at IStories drew on beneficial ownership data to track down French real estate belonging to Vladimir Putin’s ex-son-in-law Kirill Shamalov and billionaire oligarch Suleiman Kerimov. “It was the only way to prove real ownership, because there are totally random people in the official documents,” said reporter Roman Romanovskiy. 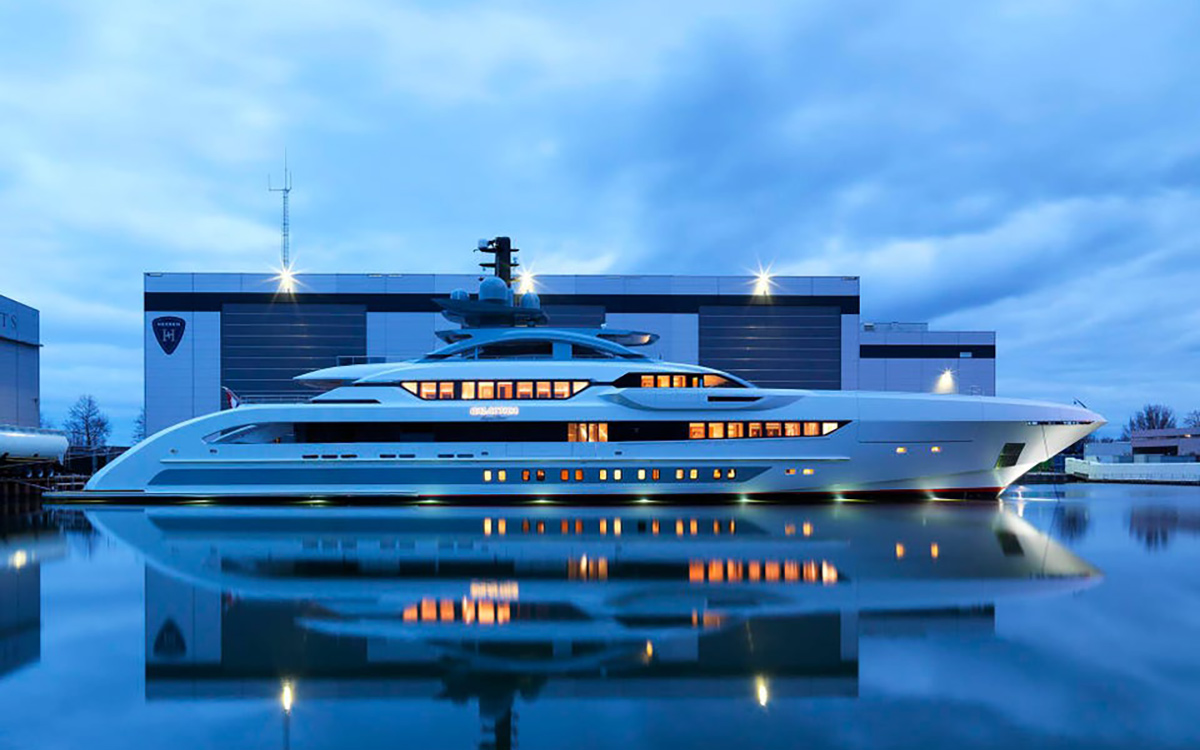 Drawing on beneficial ownership data from Cyprus and the Isle of Man, this story also identified another yacht owned by the family of a sanctioned oligarch, the Begham. 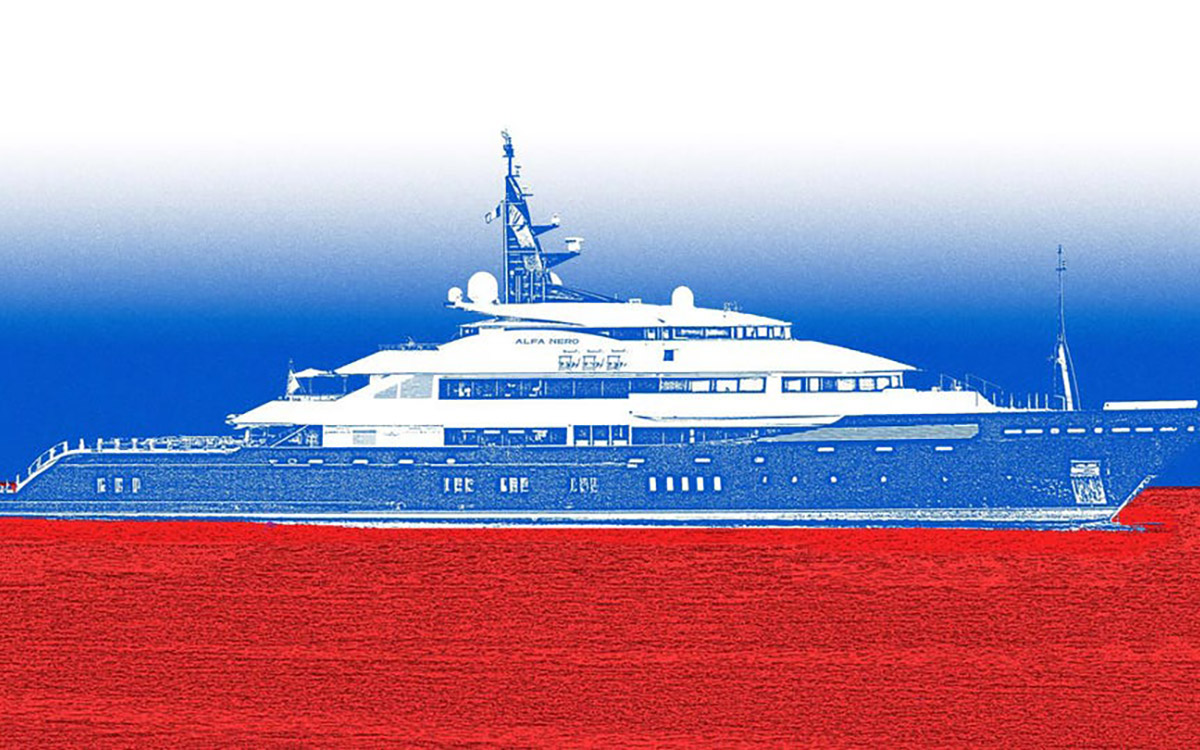 Biden and Allies Are Coming for Russian Billionaires’ Yachts. Forbes Tracked Down 53.

Forbes drew on UBO data from various countries to identify dozens of yachts owned by Russian oligarchs. This story was cited in the U.S. Department of Justice’s seizure warrant for Viktor Vekselberg’s yacht, the Tango. 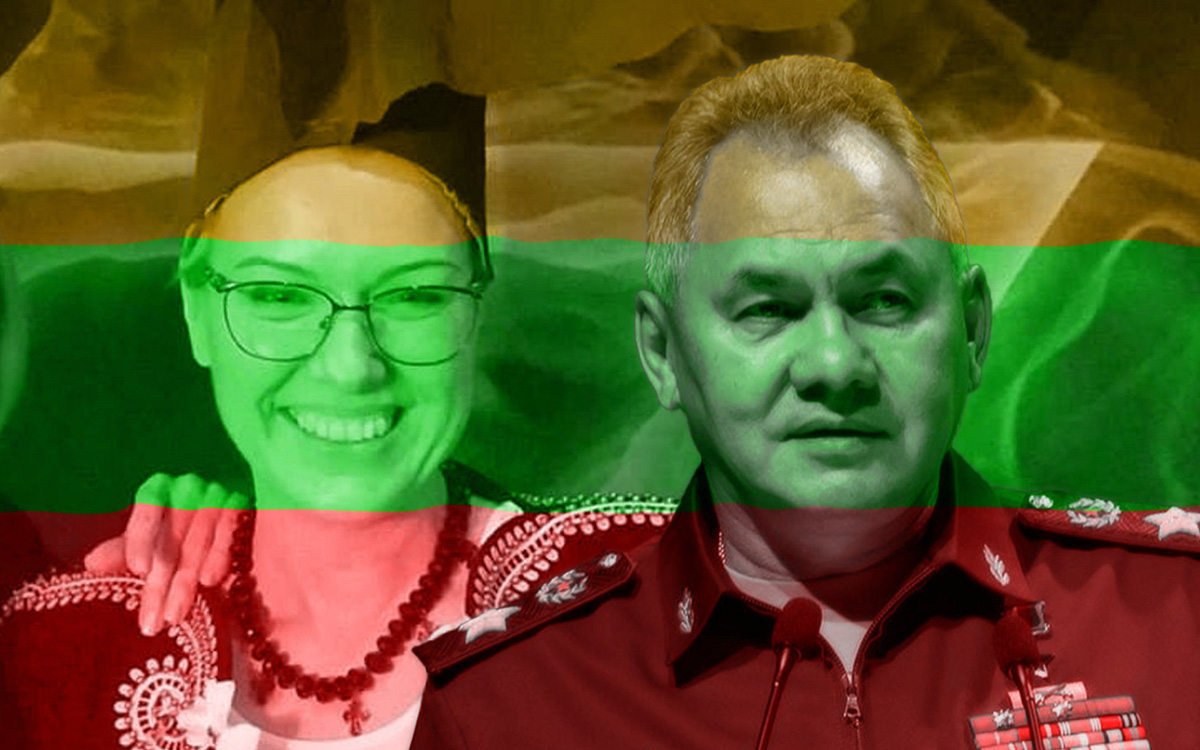 Tracing the Profits from Russian Defense Contracts to Lithuania

While in a relationship with Russia’s defense minister, former flight attendant Elena Kaminskas made a fortune from government contracts. Corporate records helped reporters trace some of the money — now invested in Lithuania by her new husband. 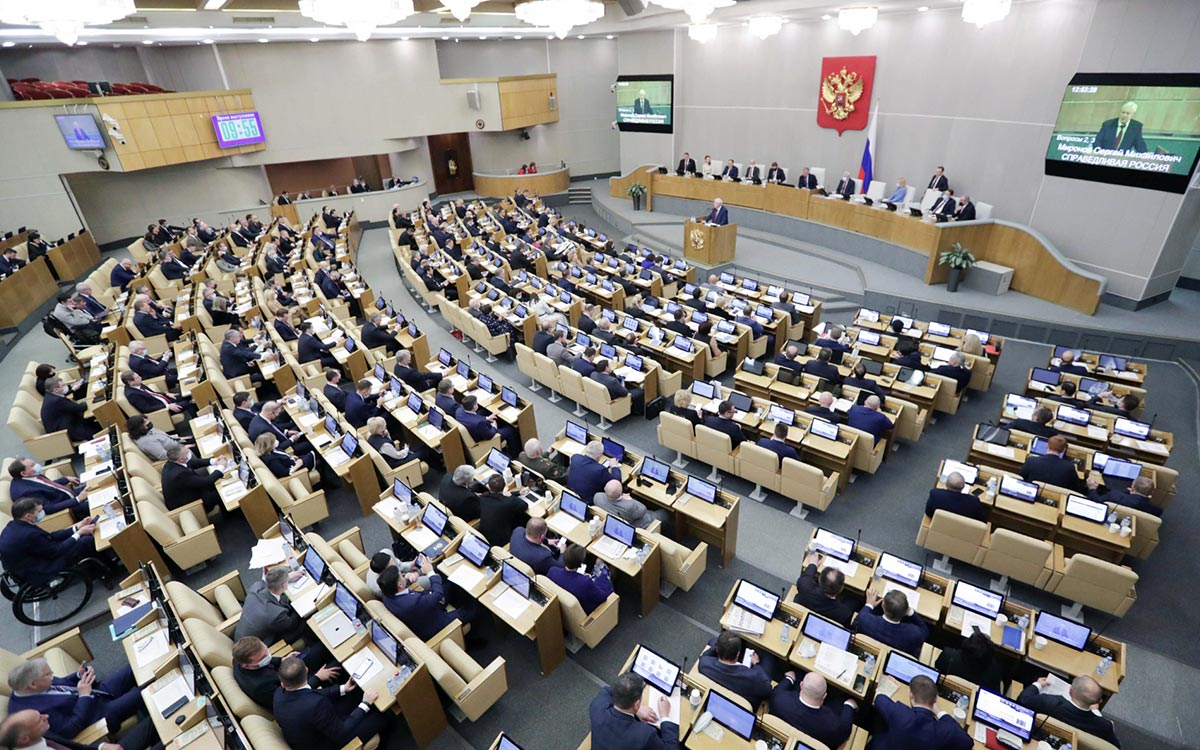 What Russian Members of Parliament Owned in Europe

Russian legislators voted unanimously to support Putin’s invasion of Ukraine. But despite their patriotic rhetoric, some have family members with assets and businesses in the West — which European corporate registries helped journalists reveal. 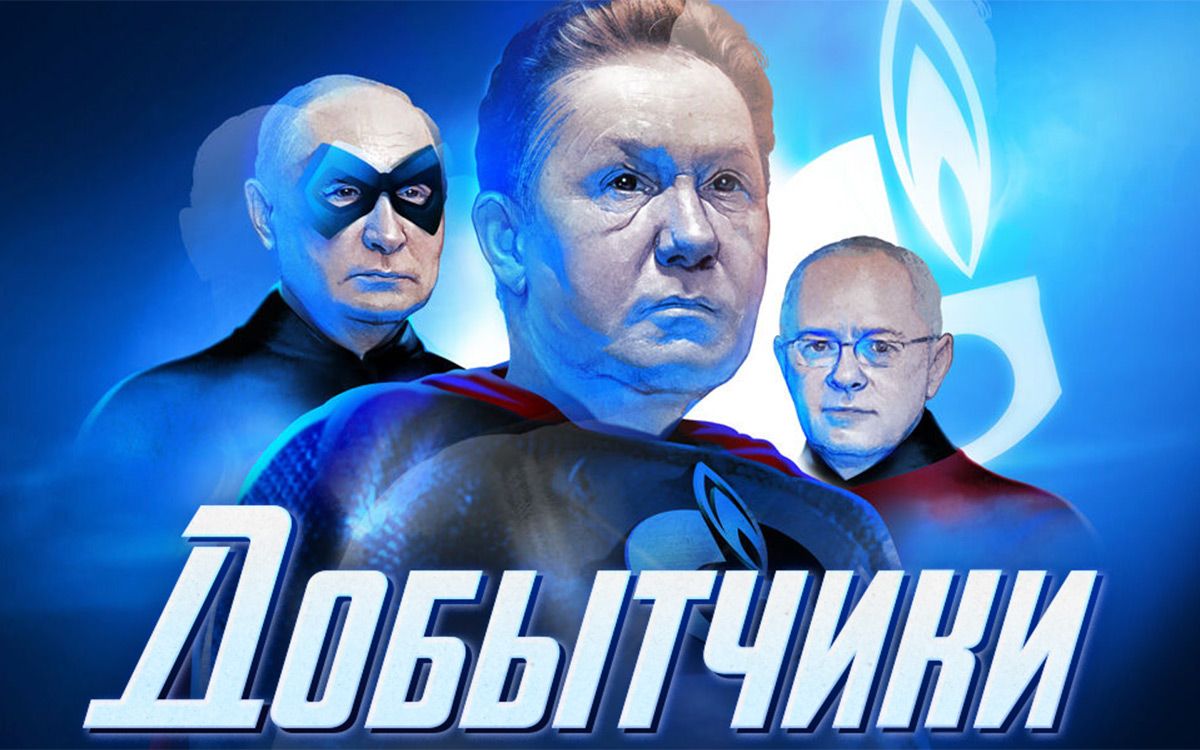 How a National Fortune Was Privatized

UBO registers enabled Russian journalists to trace offshore companies that held invaluable privatized assets from state gas giant Gazprom. They were associated with a Russian intelligence officer, his backers, and his nephew. 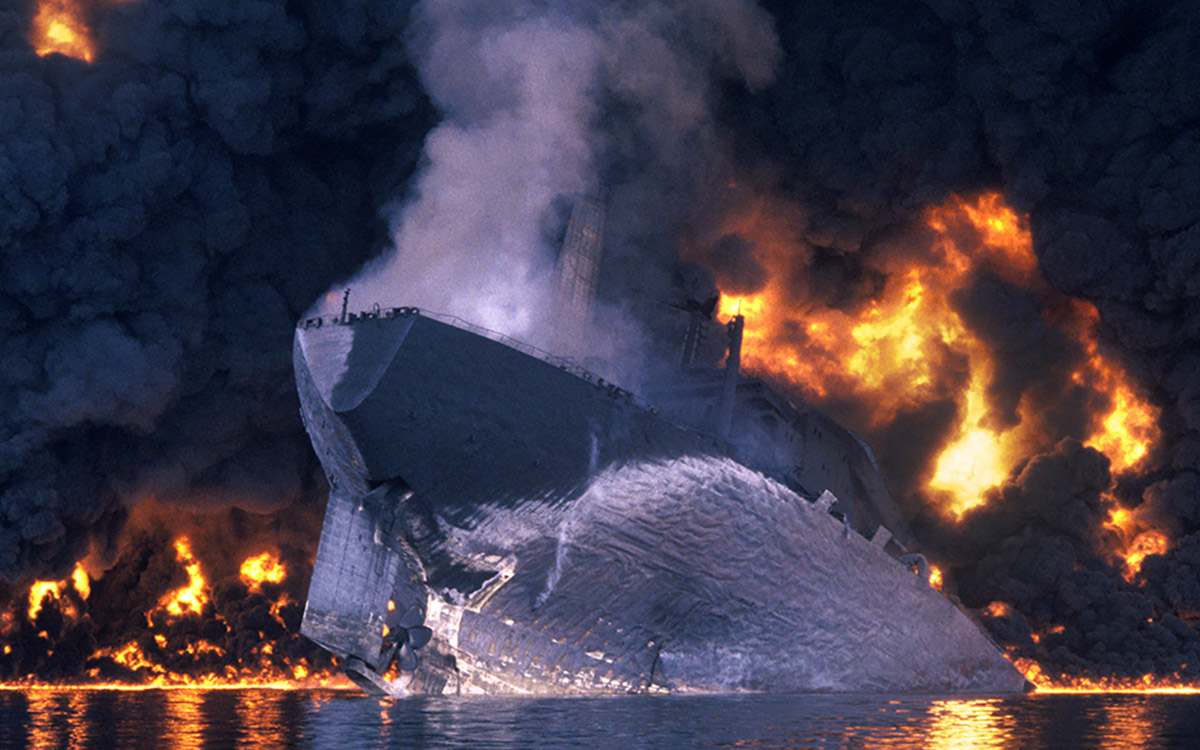 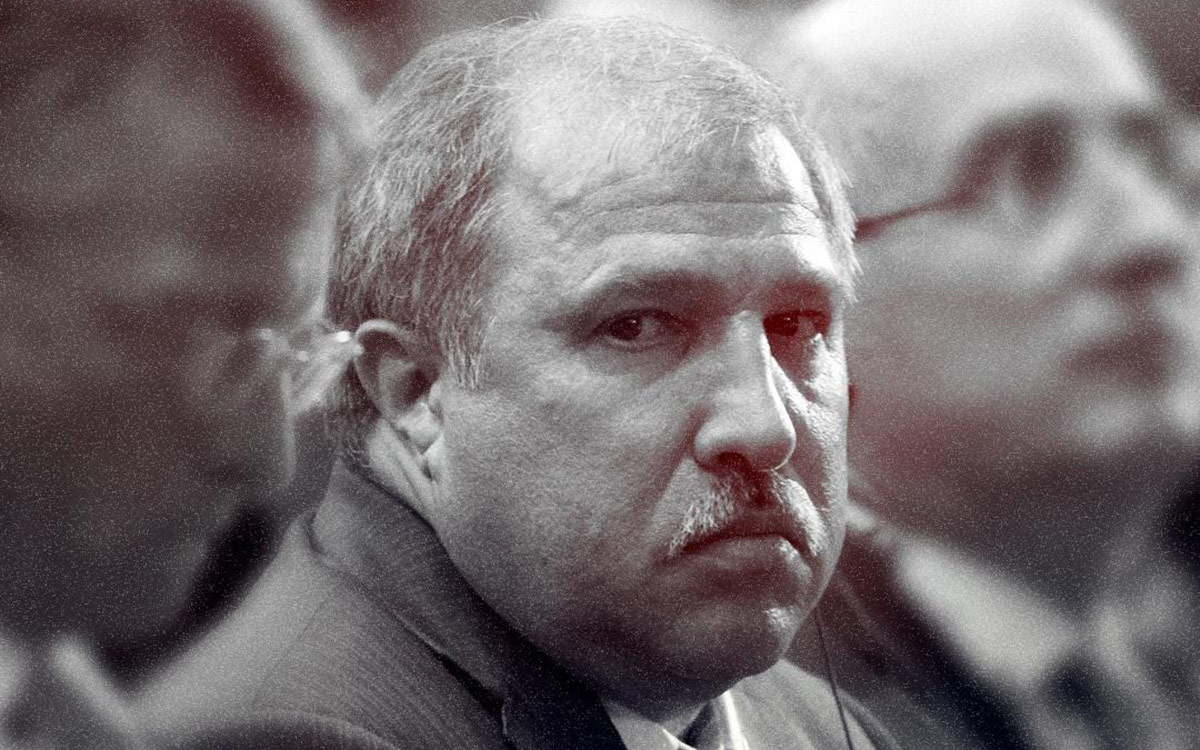 Using UBO data from Cyprus, Malta, Luxembourg, and the Netherlands, reporters revealed that Eduard Khudainatov is the proxy owner of yachts belonging to Vladimir Putin, Igor Sechin, and Suleiman Kerimov. 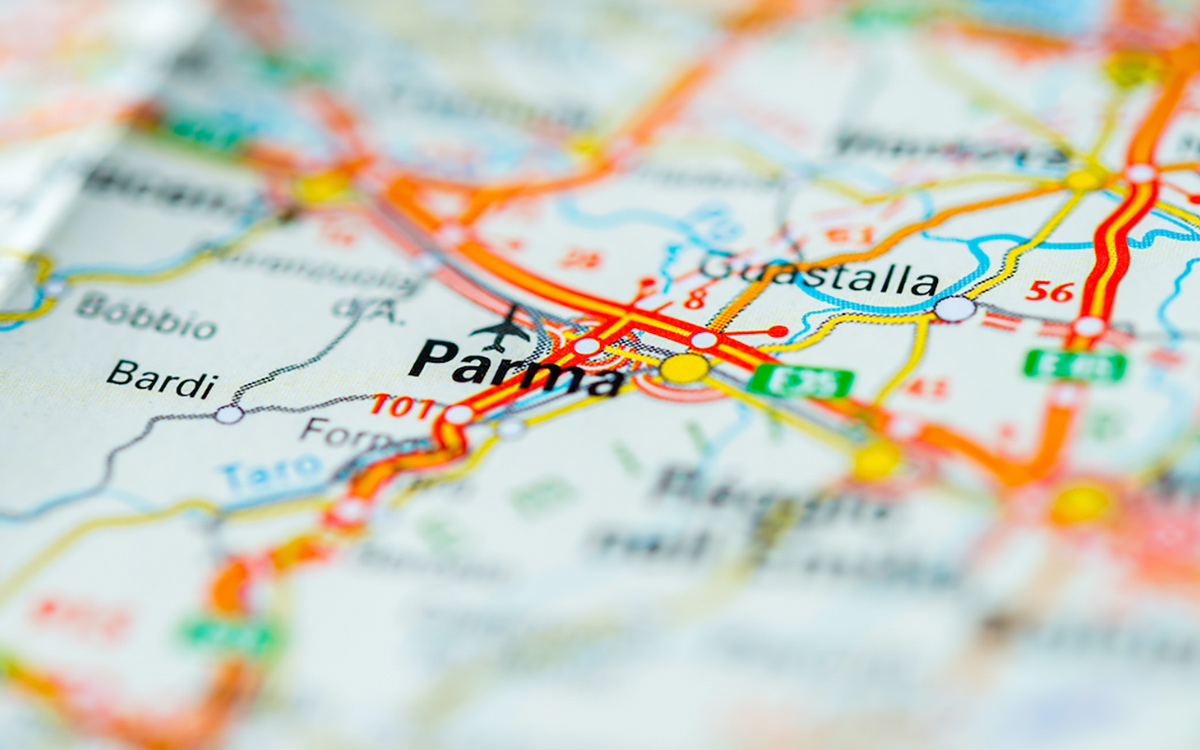 The Strange Story of Parma Airport 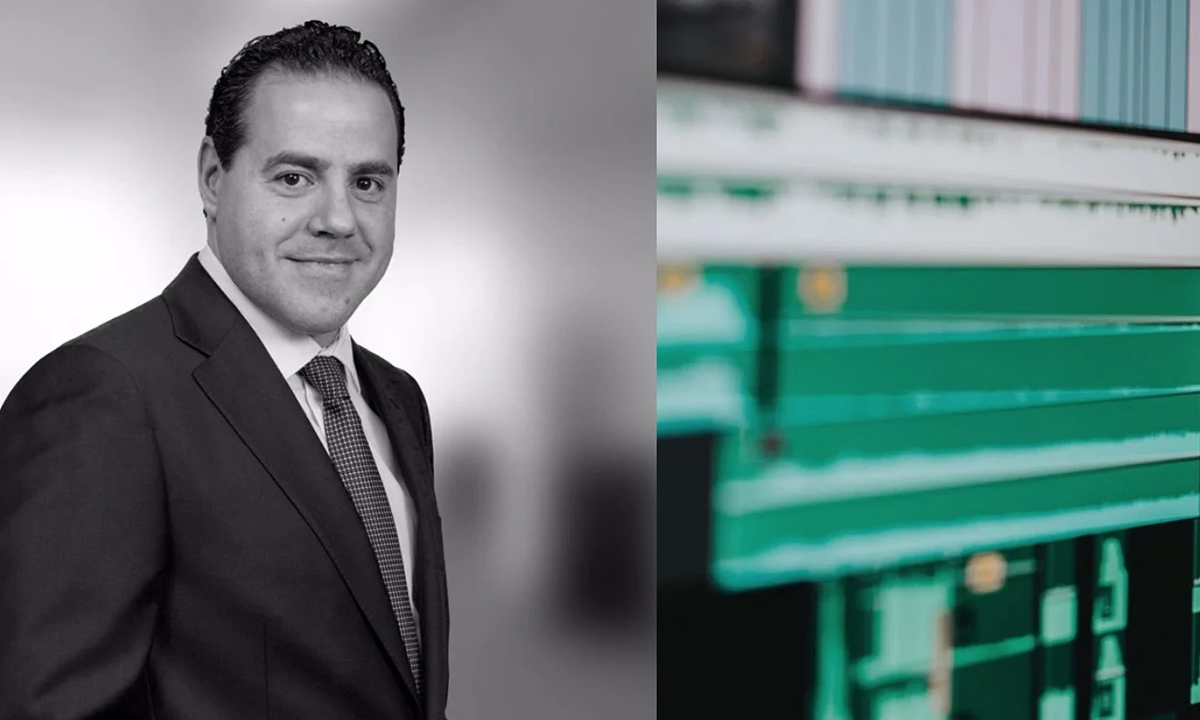 Reporters used data from the Cypriot beneficial ownership registry to prove that the spyware vendor Intellexa had a second, previously undisclosed shareholder: a politically-connected Greek entrepreneur at the center of a surveillance scandal. 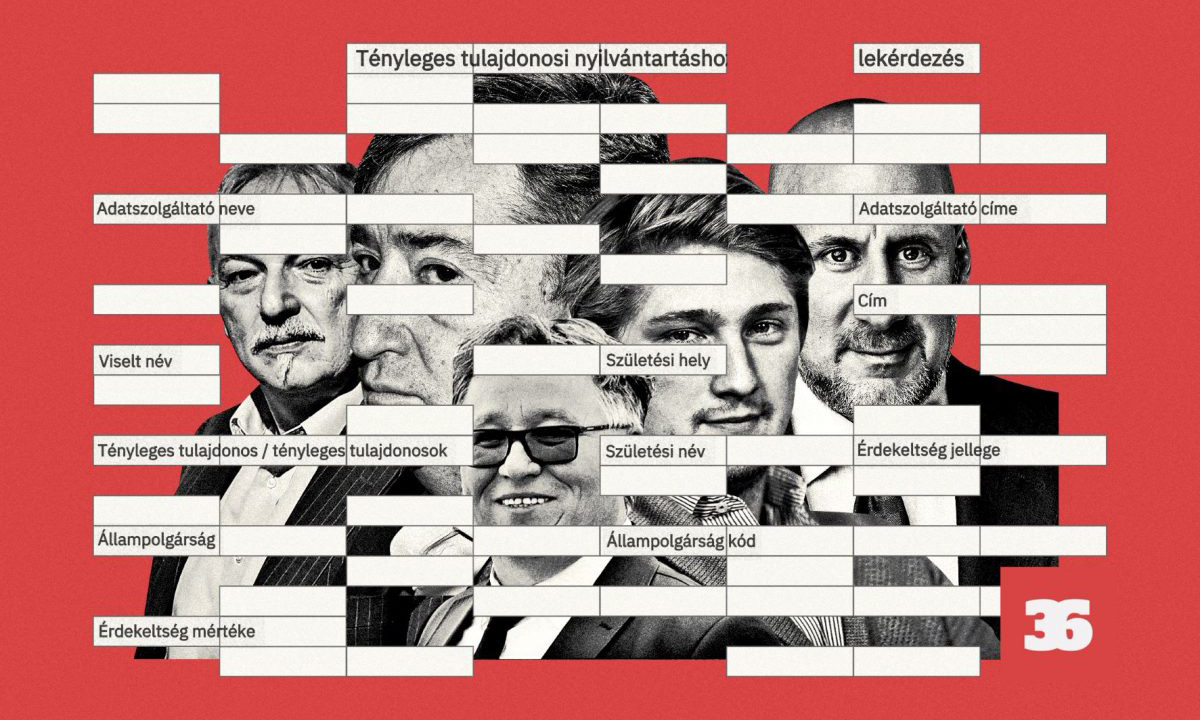 How Hungarian Oligarchs Close to the Government Hide Billions

In the last few years, wealthy Hungarians with ties to Prime Minister Viktor Orbán or other elites have begun to use private equity funds to store billions in assets. Some of these secretive corporate vehicles have received state concessions or properties — and only the EU-mandated beneficial ownership registry allowed reporters to uncover who was behind them.