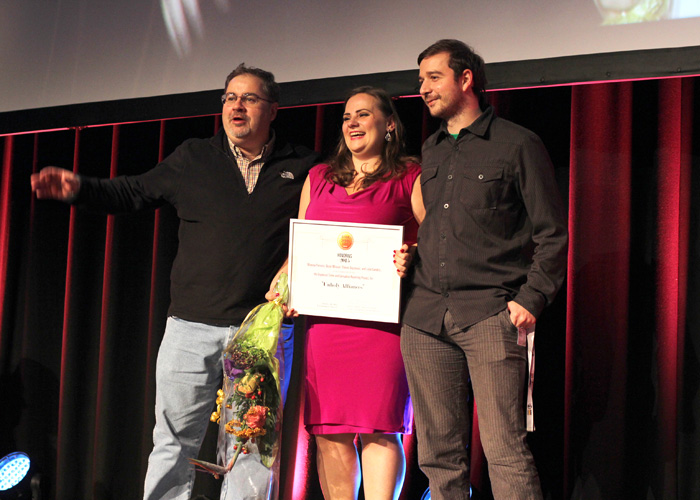 The challenge of investigative reporting is to always be a little ahead of the game.  The people we write about are very smart, often wealthy and powerful and indubitably ruthless.  I often feel like OCCRP is a tiny sailboat heading into dark, swirling storm clouds on high seas.

If 2015 proved anything, it is that this little boat is very resilient and incredibly hard to sink. 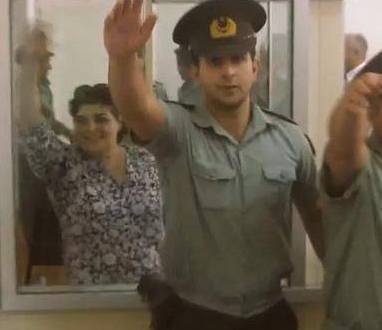 Khadija IsmayilovaAt the end of last year, we suffered one of our most heartbreaking setbacks with the arrest and eventual sentencing of Khadija Ismayilova to almost a decade in prison. The great injustice of her conviction for abuse of power was Orwellian in its scope.  But 2015 saw Khadija continue her determined fight from behind prison walls.  Her spirits are high as she has helped uncover abuses in the prison system including the regular solitary confinement of young prisoners.  Her letters continue to be inspirational and her family and friends unbowed.  She is the inspiration for a joint fellowship with Radio Free Europe (RFE) in her name that will allow a young reporter to spend seven months working on the issue of corruption in persons of power.

Meanwhile, despite being behind bars, Khadija continues to win awards like the PEN and the Alison Des Forges award.  A new bill in Congress calls for the key figures in Azerbaijan to be sanctioned in the US.

This year we have put the First Family under a microscope like never before.  With partners like RFE/RL and Meydan TV, we have exposed billions of dollars of assets stolen from the people of Azerbaijan by the first family. Khadija knows about and is proud of our work. Some highlights were:

More shocking revelations are in store for 2016. This family, without shame or limits, will be a gift that keeps giving amazing stories.

Khadija is not the only OCCRP reporter paying a price for telling the truth.  Other Azerbaijani reporters who have left the country have had family members arrested and interrogated.  This cowardly response by the Azerbaijani government has resulted in more than a dozen innocent family members being jailed.

In Serbia and Montenegro, we are constantly harangued by newspapers in league with corrupt government officials and organized crime figures.  They are attacking independent journalism itself, saying we seek to undermine the state.  We are called spies, agents of corruption and other inflammatory terms designed to make us hated or even spur attacks.  In Bulgaria, partner Bivol.bg has been under tremendous pressure again through attacks in media orchestrated by the government. Our smart readers see through this, and we are grateful that they have redoubled their support and our traffic continues to grow.

In Russia, increasingly draconian rules make life harder than ever for reporters, who are often called for “interrogations” designed to intimidate. Despite phone and emails hacks by state security, warnings and surveillance, Russian independent reporters continue to do their job effectively.

In every country in which we work, there has been threat, danger and hardship.  It is very hard to tell the truth in this part of the world.  OCCRP and partner RISE Moldova have been the victims of cyberattacks including an orchestrated denial-of-service attack which took down OCCRP’s website for almost 12 hours.

We’ve had a great year and our journalism highlights for 2015 include: 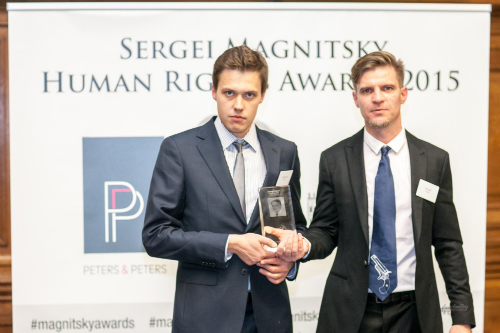 We have not toiled in obscurity.  OCCRP was recognized this year with impressive awards including the first- ever Magnitsky award for investigative journalism. We also won our first European Press Prize after being a finalist the previous two years.  The award was a special prize given to OCCRP for its work in exposing corruption and organized crime.  We were shortlisted for two stories as well.  OCCRP won two Global Shining Light awards this year and a third story, by partner HETQ in Armenia, was a finalist.  Overall, OCCRP and its partners have won more than 90 local and international awards.

Meanwhile, OCCRP continues to grow.  With 35 full-time staff and more than 150 cooperating reporters, OCCRP continues to produce more copy and more important stories than almost every other media -- 60 investigative projects last year.  With a budget of about US$ 2 million for 2015, OCCRP continues to be one of the best value propositions for donors around the world, achieving more impact, garnering more money for governments, and more arrests for law enforcement than even most large commercial media.

Much of this is due to our innovative use of technology. The Investigative Dashboard project (www.investigativedashboard.org) was instrumental yet again in the telecoms revelations, the Khadija project and plenty else. This year we launched ID 2.0, an improved platform that will host future infrastructure improvements. Visual Investigative Scenarios (VIS at vis.occrp.org) is one of our most popular sites. We hope to continue our reinvention of investigative reporting with new content management systems coming online, greater cooperation and sharing of data with partners, more tools to speed reporting and analysis and better, cheaper and faster investigative reporting.

2016 will also be the first full year of operations in Central Asia and we expect to change that region’s journalism forever.  We have more Russian-language journalists and trained fact-checkers than ever before and we expect to increase our staff and stories by 50 percent.  We hope to create an OCCRP-type network of Russian-speaking journalists across a dozen nations to build a new standard for Russian investigative reporting.

2016 will also introduce our monthly and then weekly OCCRP TV channel, featuring regular documentaries and stories on organized crime and corruption.  Within five years, we believe our changes in our technology and improvements in our editorial process will bring us closer to our goal of reaching 220 investigative projects per year or one for each working day.  To do that, we must double in size and double in efficiency.  We believe that is possible.  We believe it is essential.

OCCRP thrives as an organization thanks to the generosity of its donors large and small. To achieve our goals in 2016, we need your help. If you would be willing to contribute, please visit our donations page at https://www.occrp.org/donate or let us know by contacting Tom King at tom@occrp.org.

2016 will be a great, and likely challenging, year but we wouldn’t have it any other way. While our boat is small and the regions we cover are in great turmoil, we expect to continue to deliver the important news and to always give our reader the truth and the whole truth.

In the meantime, we wish you all a good holiday season, health and happiness.