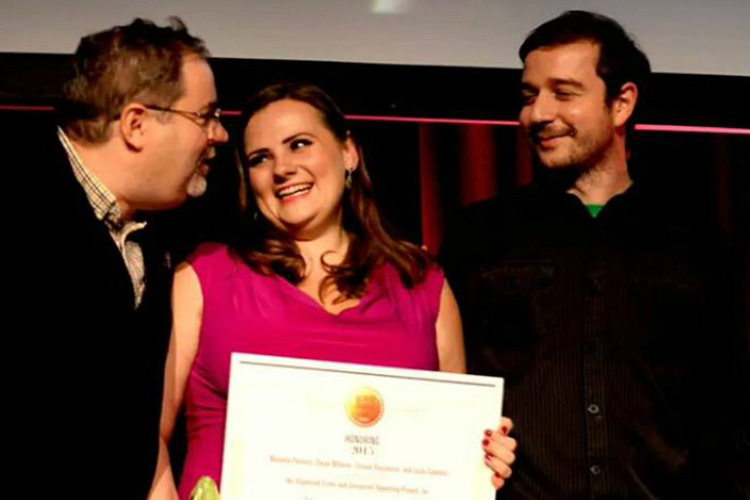 The ninth GIJC, held in the Norwegian ski resort of Lillehammer, hosted over 850 journalists from 120 countries – a record for such an event.

In the course of four days, journalists, publishers and experts presented the results of their work, holding training sessions, round tables and debates in a total of 160 events.

The conference ended with the Global Shining Awards ceremony. Journalists affiliated with OCCRP won two of the three awards.

First place was jointly awarded to OCCRP for the 2014 story Unholy Alliances and Gazeta do Povo for its 2014 story on tobacco and organized crime, Empire of Ashes.

Montenegro is currently a candidate country for the European Union.

“OCCRP and its reporters have been aggressively attacked by media linked to organized crime and governments for this story. It is great that fellow journalists recognize this hard work and it helps us deal with these attacks,” said OCCRP editor Drew Sullivan.

The jury also honored the OCCRP-linked project YanukovychLeaks, which exposed the corruption of the former Ukrainian President Viktor Yanukovych. Thanks to investigative reporters, 25,000 pages of documents that Yanukovych’s associates tried to destroy were preserved and trawled for information and stories. The documents now form part of the prosecution’s evidence in proceedings against Yanukovych and his associates.

Among the 12 finalists for this year’s Global Shining Light Award were journalists from HETQ, an OCCRP partner in Armenia. Its 2013 story Cyprus Troika exposed the suspicious dealings of an offshore company based in Cyprus that used the church, state and business sectors to further its interests.

For this year’s Global Shining Light Award there were 76 submissions from 34 countries, all of which were stories published between January 1, 2013 and December 31, 2014.

Colombia University Professor and GIJC judge Sheila Coronel said the winners “uphold the highest standards of investigative reporting . . . [these awards] show us that the flame of journalism remains alive, even in the most trying of circumstances”.