The People Behind Bars in Baku 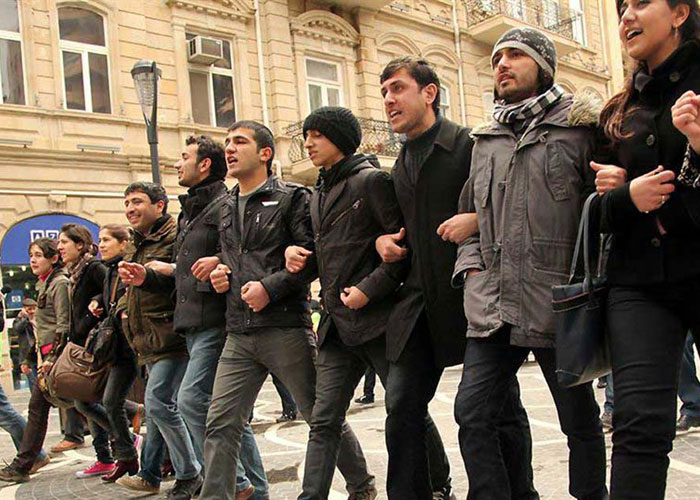 In Azerbaijan today, at least 80 people are jailed on what human rights groups say are bogus, politically motivated charges.

Who are those people? How did this come to pass?

In an innovative and interactive format, The Khadija Project answers those questions in a new story today.

Investigative journalists and researchers in the US and Europe spent months uncovering the stories behind the data points to show exactly how Azerbaijan systematically tightened the screws on its own people, limiting their freedoms a little more with each passing year.

They dug through news articles, interviews, histories and videos to document who the prisoners are and what they did to earn the displeasure of the Azerbaijani government.

In photographs and video clips, readers can witness the beatings and the arrests used to intimidate protesters into silence; the demonstrations broken up by police; and the victims lying in hospital beds, or in graves.

Today’s installment consists of an interactive timeline of events from 1999 to the present, produced by US journalists Amanda Erickson and Courtney Mabeus under the direction of Pulitzer Prize-winning investigative editor Deborah Nelson.

It is paired with a list of prisoners compiled by www.jumpstart.ge and www.meydan.tv with biographical information and the charges they face, as well as analytical charts.