How Azerbaijan Built a Stealth Lobbyist 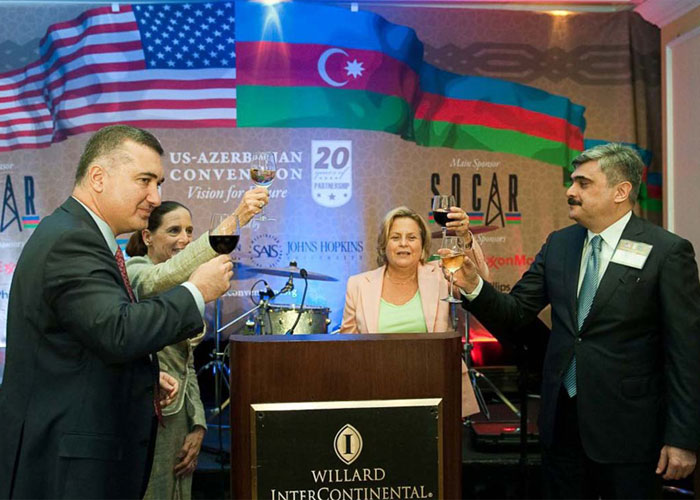 When Azerbaijan needed a good lobbyist in Washington, it built one—and ever since, she has gone out of her way to hide her deep connections to the ruling regime.

Till Bruckner continues the tale of Brenda Shaffer, an oil industry expert with academic credentials in the US and Israel. Her rise is a cautionary story of back-room influence and hidden agendas in the US foreign policy establishment.

In 1999, the Azerbaijani government funded a Caspian Studies Program at Harvard University, and put Shaffer in charge. During her years there she churned out dozens of articles and op-eds aimed at buttressing US-Azerbaijani relations—without disclosing that she served as an advisor to the State Owned Oil Company of Azerbaijan(SOCAR). She went on to parlay those credentials into a role as expert commentator and analyst in multiple venues.

Shaffer is not the only Azerbaijani lobbyist currently busy in Washington. She is joined by former members of Congress and ex-administration officials who previously worked for Presidents George W. Bush and Barack Obama.

But Shaffer is one of the most active, continuing to churn out articles for think tanks and media outlets including the New York Times, The Washington Post, Reuters, NPR, the Wall Street Journal, Bloomberg, and the London Times. In most cases, she does not volunteer her affiliation with the government of Azerbaijan.