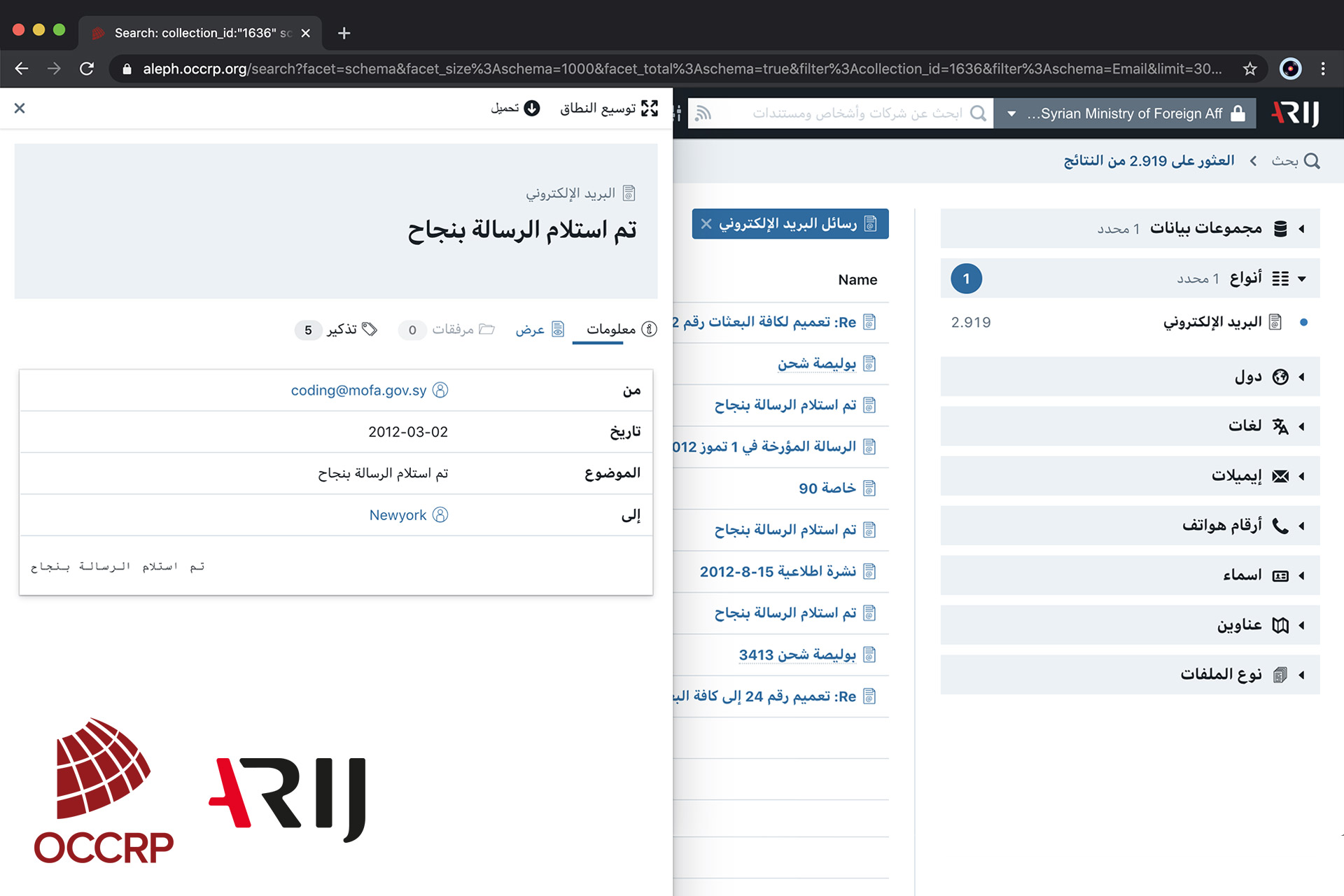 The Organized Crime and Corruption Reporting Project (OCCRP) and the Arab Reporters for Investigative Journalism (ARIJ) are excited to announce the launch of the ARIJ Aleph Archive. This new tool contains documents and data from across the Middle East and North Africa that ARIJ has collected over the last decade, a unique trove of material that will help investigative reporters follow the money.

“This is an important new tool for Arab reporters, and we are glad to collaborate with OCCRP as they developed the state of the art in this database,” said ARIJ Director General Rawan Daman. “Being able to dig into the data and track assets and government expenditures will help Arab reporters find stories, follow them, dig deep, and hold those in power to account.”

Aleph is powered by open source software developed by OCCRP, which was translated into Arabic to support journalists using the ARIJ archive.

“Aleph is one of the world’s largest investigative journalism databases,” said OCCRP Co-Founder and Publisher Drew Sullivan. “With the release of the ARIJ Aleph Archive, we look forward to working more with Arab reporters on more cross-border investigations that shine a light on crime and corruption in this important region.”

ARIJ and OCCRP will continue to add Arabic-language resources to the ARIJ Aleph Archive, which is available to accredited investigative reporters. Journalists can request access by contacting info@arij.net.