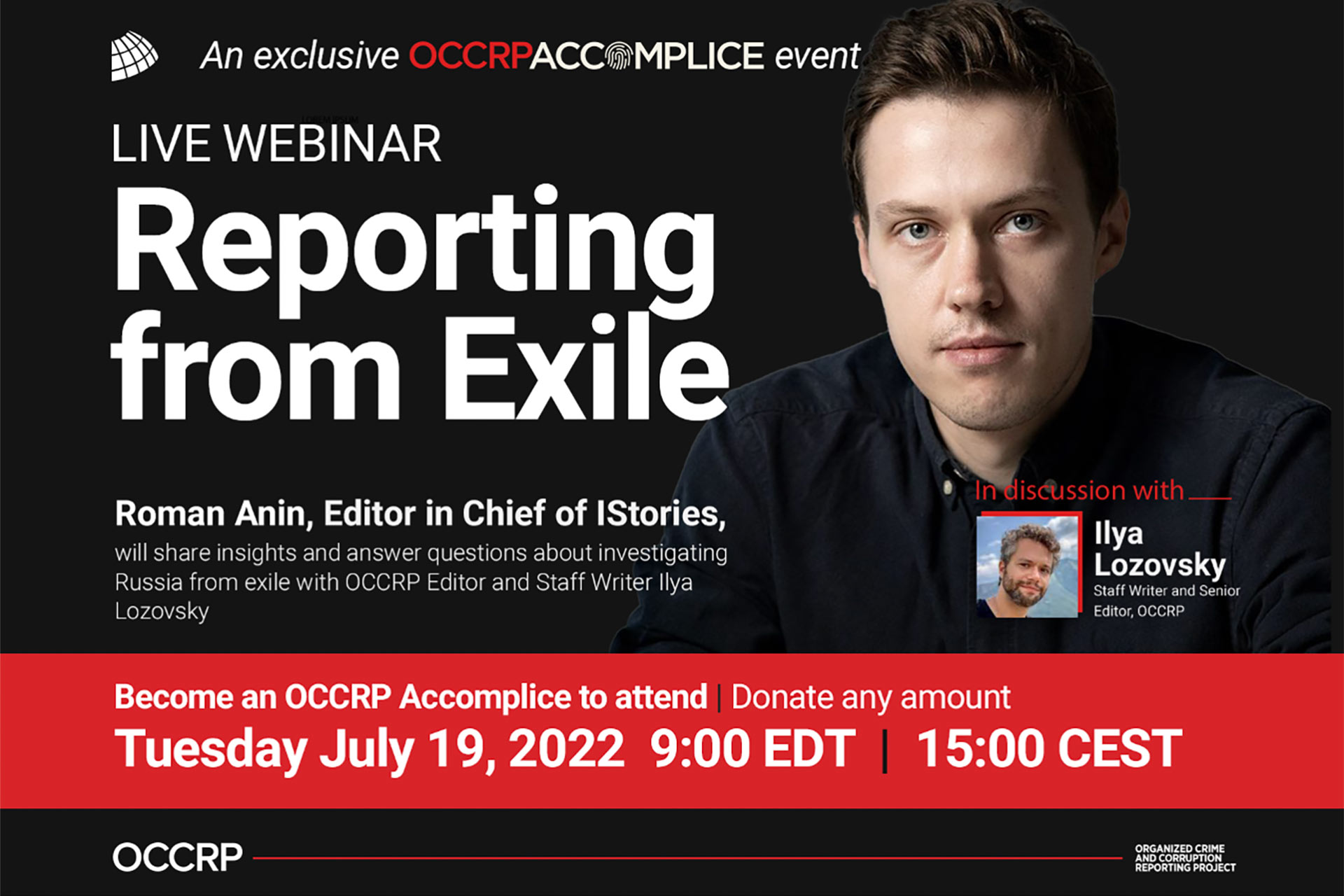 After exposing offshore fortunes and sweetheart deals given to allies of Vladimir Putin, Roman Anin gained a reputation as one of Russia’s top investigative journalists. But he no longer reports from his home country.

In 2021, the Kremlin launched a crackdown on independent media that led to the branding of several outlets — including IStories — as “undesirable organizations,” a designation that effectively makes it impossible to operate in Russia.

IStories is now based outside Russia, where its editors and reporters strategize carefully about how they reach key sources as well as readers in a country that has decimated press freedom.

Anin will discuss his work, including his coverage of the war in Ukraine, in a live discussion moderated by Ilya Lozovsky, a senior editor with OCCRP.

The one-hour virtual event, which will include time for the audience to ask questions, will be held on:

This webinar is one of the many benefits available to members of OCCRP’s Accomplice program. To join, make a donation of any amount. You will receive a registration link to the event once you do.