In Italy’s southern region of Calabria, a court had to requisition a local call center to make room for 355 defendants, 900 witnesses and 700 lawyers in what will be the largest mafia trial the country has seen in nearly three decades, AFP reported. 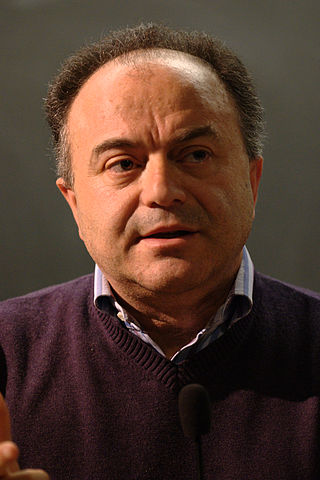 Nicola Gratteri, the chief prosecutor heading the trial has become a sort of folk hero in Italy. (Photo: Niccolò Caranti, Wikimedia, License)The defendants are all alleged members of ‘Ndrangheta, one of Italy’s four major mafia-type groups, and in particular the Mancuso family.

“The Mancuso are one the biggest players in the ‘Ndrangheta,” Sergio Nazzaro, an Italian journalist, writer and adviser to the Parliamentary Anti-Mafia Commission, told OCCRP on Wednesday. “They are extremely violent, ruthless and have deep connections to all the worlds of power that they can corrupt.”

The proceedings recall the famous ‘maxi trials’ of the 1980s and early 90s, which took on 475 members, including 19 bosses, of the Sicilian mafia, Cosa Nostra, and brought to heel the infamous Corleonesi clan which had controlled the island.

However, it also kicked off an unprecedented period of mafia-sponsored terror, culminating in the assassinations of prosecutors Giovanni Falcone and Paolo Borsellino in 1992.

Though the ‘Ndrangheta’s history stretches back as far as the Napoleonic age, since the 1990s, it has outpaced its Sicilian counterparts as Italy's most powerful criminal group.

Engaged in everything from narcotics to arms trafficking, prostitution, extortion and tender fraud, the Calabrian syndicate’s activities are believed to account for 5% of Italy’s total GDP, despite being based out of one of the country’s poorest regions.

Among the 355 defendants whose trial started on Wednesday are the family’s boss, Luigi Mancuso, known as "The Uncle,'' who has already spent two decades in prison. His associates on the stand bear similarly colorful nicknames like "The Wolf", "Fatty", "Sweetie", "Blondie", "Little Goat", and "The Wringer".

Most of the defendants were picked up in a series of raids carried out by Italian police in December 2019. In addition to the 355 on trial today, another 90 have already been tried separately.

While several of the defendents are accused of murder, it isn’t just hardened street thugs facing trial: among them is former parliamentarian Giancarlo Pittelli, a defence lawyer and ex-senator from former premier Silvio Berlusconi's Forza Italia party.

“It’s not just a trial about who killed who, who was a loan shark to whom and so on,” said Sergio Nazarro. “It’s a trial against the full power of ‘Ndrangheta. All of their connections, to politics, businesses, law enforcement and the justice system. The entire ‘Ndrangheta world is on trial today.”

Heading the prosecution will be Nicola Gratteri, a 62-year-old native of Calabria who has lived under police protection since his mid-30s due to his work as an anti-mafia prosecutor.

Gratteri grew up rubbing shoulders with many of the defendants on trial today. "I spent my childhood in Calabria, at a time when dozens and dozens of people were killed,” he told Sky News.

“Outside school, I would see the children of the mafia bosses who behaved like 'little mafiosetti,” he added. "Having gone to school with people that subsequently I had to arrest and convict as an adult is something that marks. It is unpleasant, but it is our job."

Nazzaro knows Gratteri personally, and says he has become something of a folk hero in Italy.

“‘Ndrangheta fears Gratteri because they know they can not corrupt a man like that,” Nazzaro told OCCRP.

“He loves Calabria, he loves the people of Calabria and he believes in helping the land of Calabria until the end. ‘Ndrangheta knows that when he starts an investigation, he will complete the investigation,” he added.