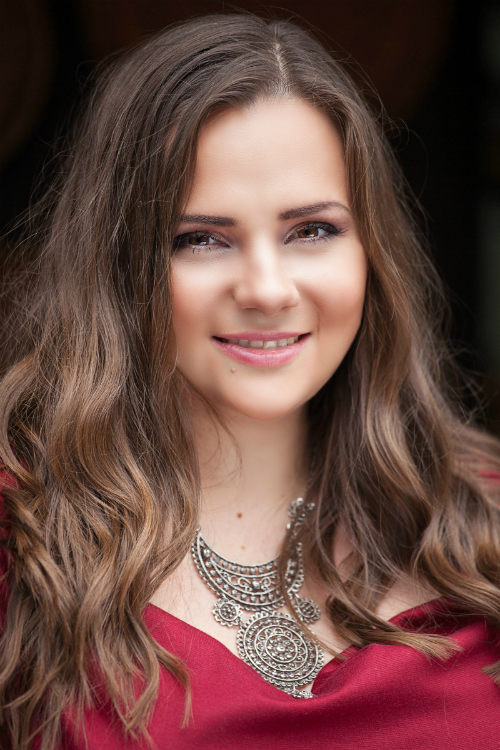 Miranda Patrucic (Photo: Nađa Berberović Dizdarević)With coverage ranging from the Balkans to Central Asia, Bosnian journalist Miranda Patrucic has helped expose corruption in these regions and alter international policy and practice. Her work on Montenegro’s President Milo Djukanovic has created a new awareness of organized crime in the country and has prompted the European Parliament to call for investigations; Montenegro is currently a candidate for European Union status. Her work on Swedish and Norwegian-Russian telecom firms has led to parliamentary hearings, the resignations of CEOs, criminal investigations and a settlement of nearly US$ 800 million.

Working on the Panama Papers project, she helped expose a web of secret companies in offshore havens allegedly designed to hide the wealth of Azerbaijani President Ilham Aliyev's family. She was instrumental in the teams that won OCCRP the European Press Prize, Global Shining Light awards and the Tom Renner Award.

Miranda Patrucic shares the honor with the investigative team at Aristegui Noticias, a Mexican news site led by one of the country's best-known journalists, Carmen Aristegui. "These investigative journalists have changed the world by revealing shady deals involving top officials," said ICFJ President Joyce Barnathan. "They stand out for their breakthrough reporting."

“I am thrilled, truly honored and deeply humbled to be the recipient of the Knight International Journalism Award,” Patrucic said. “The last couple of years I have been reporting in some of the most corrupt and repressive countries in the world and doing the work so many of my colleagues are prevented from doing, including my friend and true hero Khadija Ismayilova.”

Ismayilova, an award-winning Azerbaijani reporter who exposed the corruption of the ruling Aliyev family, has been in prison in Baku since her arrest on Dec. 5, 2014.

“The stories we do wouldn't be possible if it weren't for the contribution of so many amazing reporters who can't be named out of fear for their lives or for fear their family members would be in danger,” Patrucic continued. “The OCCRP network and partners have been pivotal to our success. This award is their award as much as my own. We will continue to work and report in these countries until reporters there are free to take over. Our work makes a difference.”

While Patrucic has won numerous international awards for her stories, the Knight Fellowship is a direct recognition of her individual work and achievements. She joins OCCRP’s Executive Director, Paul Radu from Romania, and Russian colleague Roman Anin of Novaya Gazeta, who are prior recipients.

“This is really one of the most prominent awards given to journalists around the world for the quality of their work as well as for the courage they display in doing that work,” said Patrick Butler of the International Center for Journalists. “We get nominations from around the world and there were almost 300 nominations this year. It was extremely competitive, but Miranda really stood out.

“We’re very proud to give this award to Miranda Patrucic for her amazing investigative journalism from Moldova to Uzbekistan,” he continued. “Her work has had tremendous impact and has revealed major issues in governance that are resonating around the world.”

While Butler explained that it was the body of investigative work and its quality that swayed the judges to pick Patrucic for the award, he noted that the TeliaSonera bribery investigation and her work on The Khadija Project struck a chord.

“We’ve been moved by the work Miranda has done on the Free Khadija Project, following the work of Khadija Ismayilova in Azerbaijan and making sure that silencing her by putting her in jail does not end the investigations.”

Contest judge Lynette Clemetson, director of the Knight Wallace Fellowships and Livingston Awards, said that Patrucic’s work “jumped out” at her.

“When you think about everything that journalism is now, from that mix of real shoe-leather reporting to using technology and data to really focusing on accountability journalism, she covers all the bases,” said Clemetson. “The passion that comes through in her work I find incredibly moving…. I thought her work was magnificent.”

OCCRP operates on the principle that, given the right resources and mentoring, many more reporters in the Balkan region and the Commonwealth of Independent States can reach their full potential.

"Miranda has quietly had more impact on world affairs than any other journalist in Bosnia and Herzegovina that I know.  It's time she was recognized as maybe Bosnia's best contribution to investigative reporting today," said Drew Sullivan, OCCRP’s editor and co-founder. "Bosnian reporters at OCCRP and its local partner CIN (the Center for Investigative Reporting in Bosnia) are making a huge contribution to international media that has not yet been recognized. This is a great start."

The award, which is supported by the John S. and James L. Knight Foundation, will be presented at the November Annual Dinner of the ICFJ.