Khadija Ismayilova is an investigative journalist with Radio Free Europe and OCCRP. She responds to UNESCO Director General Irina Bokova’s letter to the Guardian about UNESCO’s relationship with her country’s repressive government.  Ismayilova spent 18 months in an Azerbaijani jail for her reporting about the ruling Aliyev family of Azerbaijan. 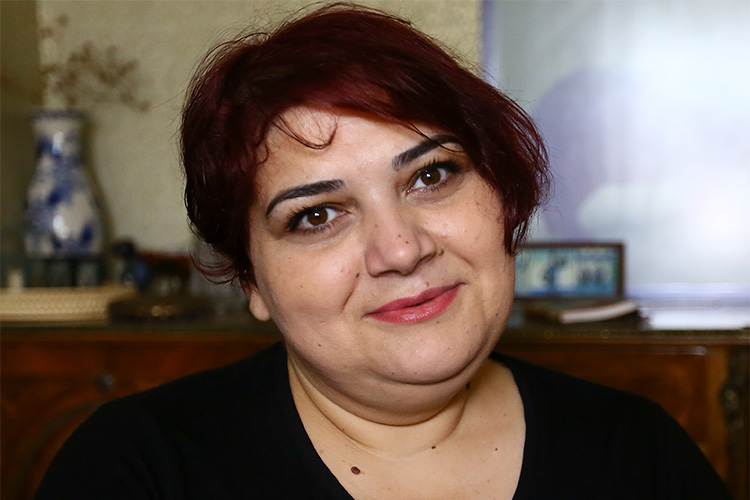 When I got out of prison in May 2016, I was approached by a group of concerned citizens who asked me to address an important issue: the destruction of historical buildings in the old town of Baku. I am neither a historian nor a cultural expert -- I am an investigative journalist who writes about corruption. But in my country, Azerbaijan, it makes sense that a journalist who investigates corruption would be called on to speak up for historic sites.

Years ago, I published an investigation into Pasha Holding, identifying it as a company owned by the daughter of Azerbaijan’s president, Ilham Aliyev. Later, one of my colleagues at Radio Free Europe published a video story on the firm’s destruction of part of the ancient city wall of Baku to clear space for the construction of a Four Seasons hotel. The project destroyed not only part of the city wall, but also more than a dozen of architecturally significant buildings. When construction crews found an ancient tunnel, rather than having archaeologists excavate and document the site to preserve it as part of the city’s history, they simply filled it with cement.

The rape of Baku’s heritage did not stop there. Many more historically significant buildings fell victim to the plans of Aliyev’s government. On their sites rose new commercial buildings whose ownership was often hidden, as the laws in Azerbaijan restrict access to information on the ownership of companies. It’s likely the president’s family has interests in some and maybe all of these projects.

But that was not the only reason I was chosen to convey the message.

Days before I was released from prison, I received UNESCO’s Guillermo Cano Award, which honors those who stand up for freedom of expression in the face of danger. This prompted Baku’s concerned citizens to think I might have the moral authority to raise this issue with UNESCO leadership. I did so in a conference where the organization’s Director-General, Irina Bokova, was present. I was not there in person myself, since I am subject to a travel ban by the Azerbaijani authorities. But, joining by video, I spoke about the wanton destruction, reiterated the role of the first family -- who are good friends of Ms. Bokova -- and also spoke about a wider problem: The lack of institutions, independent media, and civil society that could help Azerbaijanis save their history and culture.

The first family bears responsibility for this, too. Starting in 2013, the president cracked down on Azerbaijan’s press and its independent civil society. My own outlet, Radio Free Europe, which had run debates about the cultural destruction in Baku, was shut down. Other organizations which dared to talk about the problem and first family’s role were crippled by arrests of staff, harassment, frozen bank accounts, and severe restrictions on receipt of funding.

In response to my statements, Ms. Bokova expressed her hope that the issue would be taken seriously in UNESCO’s next general meeting in Ecuador. But that conference failed to address the issue, and the destruction did not stop.

There is no evidence that Ms. Bokova has ever raised the issue with the Azerbaijani government. Despite the widespread destruction of Baku’s historic center, UNESCO has stood silently by.

Not that I was surprised. In September 2014, just before my arrest, Ms. Bokova received a letter from a number of civil society organizations regarding the ongoing crackdown on Azerbaijan’s independent media.

The text was quite detailed, naming nine journalists and two bloggers who were being held in prison under laughably silly charges.

Again, her response was silence.

Four of the people mentioned are still jailed, and the government continues to shut down media outlets and arrest journalists on false pretences. Again, eleven people -- nine journalists and bloggers and two writers -- are imprisoned. They are waiting for the director-general of UNESCO -- which, after all, is concerned with culture and education -- to end her silence and speak up about the ongoing crackdown of freedom of expression in Azerbaijan.

But Ms. Bokova never spoke about the letter publicly -- not then, not when she was praising President Aliyev in the opening ceremony of the Baku Forum this May, and not on other occasions.

This month, Ms. Bokova has surprised me, suddenly finding her voice in a letter to the Guardian. She was responding -- quite promptly -- to reports appearing in the international media, led by my colleagues at OCCRP, of the corrupt payments sent by the Azerbaijani government to EU politicians through the Azerbaijani Laundromat --including large amounts to her husband.

I was surprised by her speed, but also shocked by the fact that she used my case to prove her dedication to freedom of speech. In her letter, Ms. Bokova claims to have played a role in my release, and that she deserves credit for my receipt of the Guillermo Cano Press Award.

I have studied the procedures that govern the selection of award recipients, and -- unless the process is corrupt -- I am absolutely positive that she played no role in my nomination or in my selection as the recipient. According to the rules, the recipient is selected by an independent jury -- the director-general only confirms it. After the jury selected me, it would have been extremely hard for Ms. Bokova to dismiss the nomination, especially since she has such a well-known friendship with Azerbaijan’s first lady, Mehriban Aliyeva, whose husband kept me in prison for exposing their family businesses.

Ms. Bokova also found her voice when she congratulated President Aliyev “on the occasion of resounding victory in the recent presidential election” in 2013 -- an election that most international observers said failed to meet standards of fairness and openness. Agreeing with her on the fairness of the elections were two members of the European Parliamentary Assembly who also got money from the Azerbaijani Laundromat.

Ms. Bokova claimed in 2016 that the “development of the educational system of Azerbaijan is the highest priority on the agenda of President Aliyev” -- no matter that the country has withdrawn from the OECD’s student assessment tests or that its educational institutions are required to play a role in the election-rigging systems that keep Aliyev in power. The share of the state budget that goes towards education has dropped from 12 percent in 2009 to 9.4 percent in 2016.

Since Ms. Bokova pledges in her letter to the Guardian to “continue to defend the freedom of the press,” I would be happy to remind the director-general of the political prisoners who are kept in dungeons by the Aliyev regime simply for criticizing him.

It would also be great if Ms. Bokova would remind her friends in the Azerbaijani government of their promise to close Gobustan prison, as they pledged to do in 2007 when the area was included in UNESCO’s World Cultural Heritage list. The Gobustan prisoners, with political prisoners among them, would get the chance to serve out their terms in more humane conditions that this nightmare.

If Ms. Bokova wants to help me, she would start by addressing these issues. So far, she has been quiet when it comes to the people, only growing louder when it serves herself and her corrupt friends and family.