Journalists and media outlets in OCCRP’s global network are battling a record 41 lawsuits filed by the subjects of their investigations. Given the growing popularity of SLAPP cases, OCCRP is launching the “OCCRP SLAPPs Back” campaign to build an in-house legal defense fund that will help our network mount a vigorous response to these baseless suits.

“Many independent media around the world are already facing a host of existential threats,” said OCCRP Publisher Drew Sullivan. “Journalists must have enough resources to battle SLAPPs so they can’t get sued out of business or be forced to censor content.

“The ‘OCCRP SLAPPs Back Fund’ will be used to combat these SLAPP-happy law firms representing crime figures, corrupt government officials, and politically connected businessmen who want to muffle our reporting.”

Getting sued is a David-and-Goliath scenario for most journalists. The wealthy, powerful, and corrupt have endless pots of money, amounts of time, and access to lawyers specifically trained in targeting journalists to try to cripple and stifle them.

OCCRP partner journalists, on the other hand, are typically from small, scrappy nonprofit outlets who have limited resources and must take valuable time away from their work to focus on their defense, while paying for expensive attorneys and court costs.

Having the funds to mount a vigorous defense makes a big difference, said Sullivan: “We’re going to win if we can mount a defense. They’re relying on the fact we can’t.”

The “OCCRP SLAPPs Back” campaign will run through the end of the year with a goal of raising $100,000 for a new in-house defense fund. Featuring first-person video testimonies from journalists in our global network who are each fighting multiple lawsuits, the campaign underscores some of the absurd aspects of this legal type of bullying.

“We have more SLAPP lawsuits than we have reporters,” said Stevan Dojčinović, the editor in chief of KRIK, a Serbian media outlet that focuses on crime and corruption and is battling 11 lawsuits.

Experience shows that journalists usually win frivolous lawsuits in jurisdictions where there is effective rule of law. But Dojčinović said that “once the case has been filed, the journalist has already lost because of the time, money, and psychological burden spent on a years-long litigation process.” 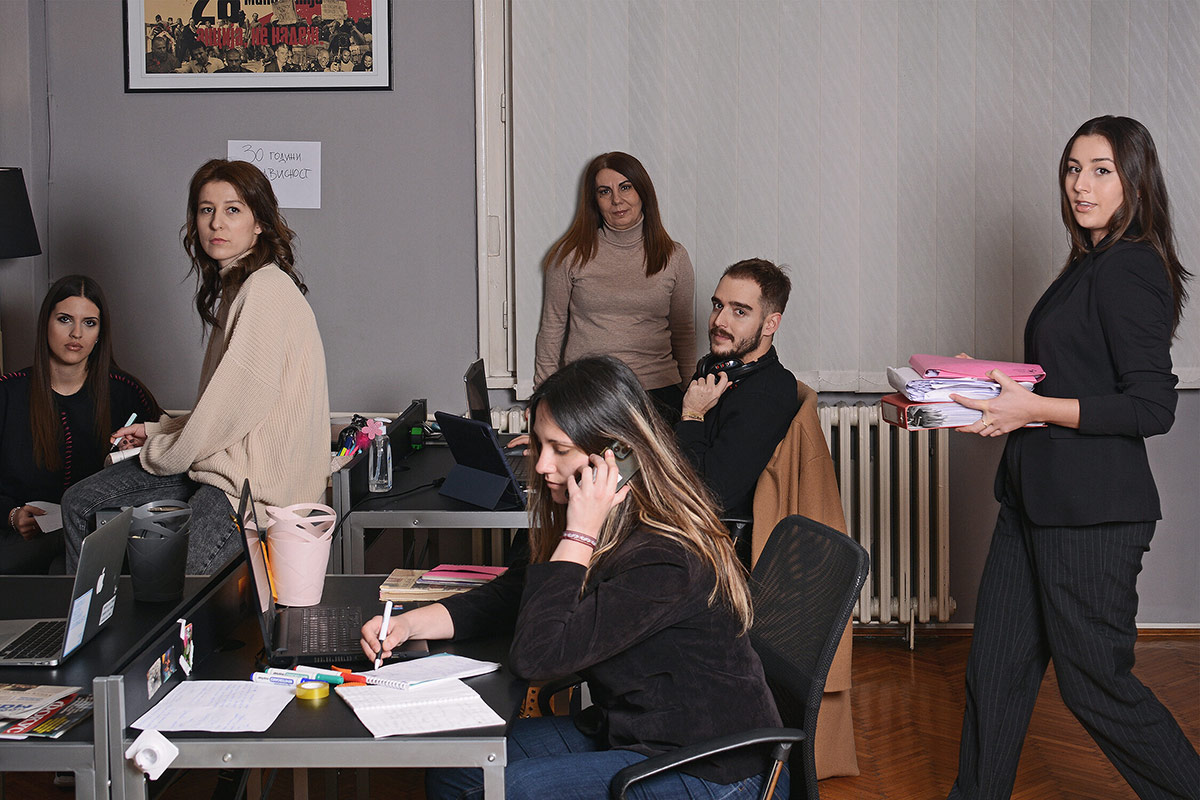 In North Macedonia, Saska Cvetkovska once attended five court trials in one day. She has had to run daily editorial meetings of the publication she edits, Investigative Reporting Lab Macedonia, in the hallways of the courtroom.

“SLAPPS are a common thing for us and defending ourselves is part of our daily job,” says Cecilia Anesi, an investigative reporter at IrpiMedia, the online magazine of the Investigative Reporting Project Italy (IRPI) journalism center she co-founded. In Italy, journalists can be sued in criminal court, where a guilty verdict for defamation could lead to jail time, or civil court, which could bankrupt a small media outlet like IrpiMedia, since there is no limit on the amount of damages sought.

Despite the attempt to suppress reporting, these lawsuits can have the opposite effect for OCCRP investigative journalists, encouraging them to dig deeper into the plaintiff’s activities to find out what it is they want to keep secret.

“The oligarchs and others who sue us want to keep their illicit activities hidden and to keep us quiet, which we can't do because we work in the public interest,” said OCCRP Co-Founder Paul Radu, who battled a two-year SLAPP case in the U.K. “We can't be silent and we won't be silenced. When you get SLAPPed, you have to fight back. You have to go all in.”

To support the fund, donate here.

The Organized Crime and Corruption Reporting Project (OCCRP) is a global network of investigative journalists with staff on six continents and offices in Amsterdam, Sarajevo, and Washington, D.C. OCCRP exposes crime and corruption alongside the 50+ independent media outlets it supports.