First-of-its-kind manual contains tips and tricks on how to access records and information in 19 Latin American countries. 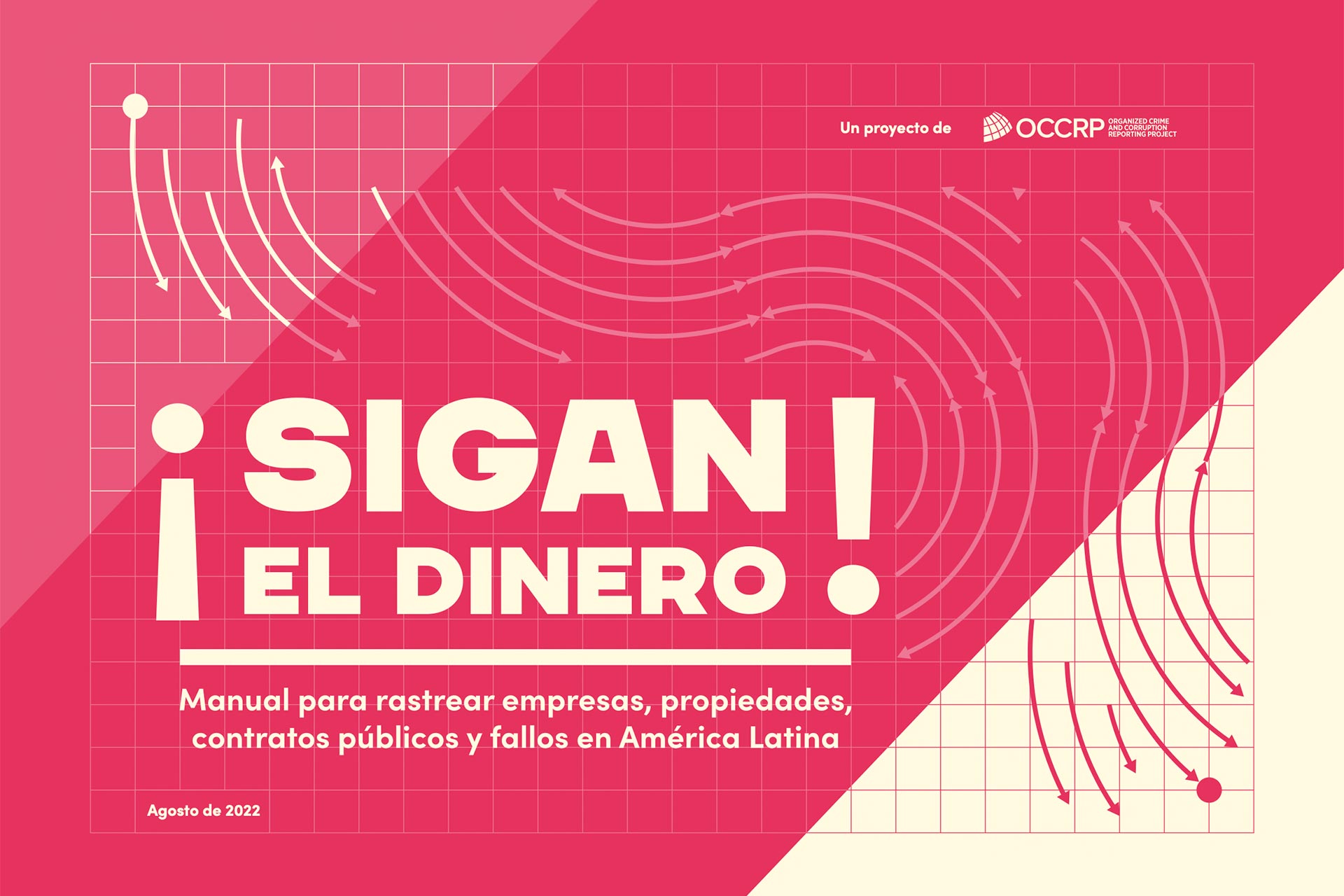 September 7, 2022 - Today OCCRP released "¡Sigan el dinero!” (Follow the Money), a resource manual in Spanish to help journalists search for documents and data in Latin America. The free guide is available on OCCRP ID, a research service that supports investigative journalists in the OCCRP network.

This first-of-its-kind handbook contains tools, instructions, and tips on how to find and consult available records and databases in 19 Latin American countries, as well as the United States, Belize, and the British Virgin Islands, which are prime havens for stolen money from the region.

“For criminals, money launderers, and the corrupt, borders mean nothing,” said Paul Radu, co-founder of OCCRP. “It is essential that journalists know how to best use the available tools to investigate in and beyond their own countries so they can find out who is hiding behind a company, contract, property, or bank account. With the publication of “ ¡Sigan el dinero!,” we expect to see a new wave of investigative reporting collaborations between Latin America and the rest of the world, which will drive greater accountability.”

To create the handbook, OCCRP journalists interviewed nearly 30 reporters from Latin America who generously shared their tips on navigating each country’s idiosyncrasies. For example, retrieving international arrest warrants in Brazil requires using a VPN; a search for real estate in Mexico must be done state by state; and reporters wanting information on companies in Uruguay have to pay for it in person.

“It was important for us to gather and share this information to help reporters save time and be more effective in their investigations,” said editors Nathan Jaccard and Romina Colman. ”This manual will help investigative journalists bolster their role as public watchdogs, especially in authoritarian countries like Nicaragua and Venezuela.”

"¡Sigan el dinero! Manual para rastrear empresas, propiedades, contratos públicos y fallos en América Latina” was written by Daniel Salazar and edited by OCCRP Latin America Editors Nathan Jaccard and Romina Colman with a foreword by María Teresa Ronderos from the Latin American Center for Investigative Journalism (CLIP). The production of the handbook was supported by Chile Transparente, as regional coordinators of the global project SANCUS, which is funded by the European Union.