Brazilian police have arrested a former minister and close ally of President Michel Temer, accusing him of corruption and obstruction of justice, the prosecutor’s office said Monday. 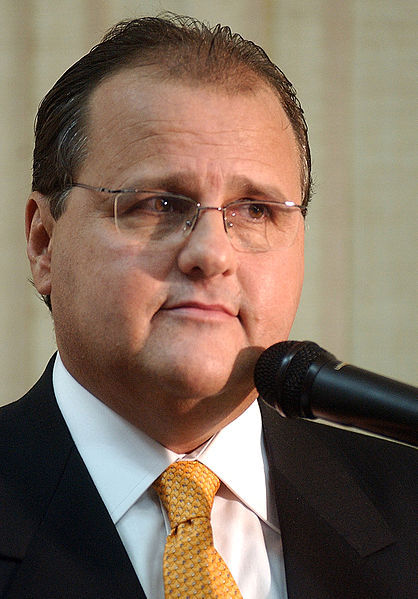 Geddel Vieira Lima is suspected of having tried to hamper an investigation launched in January into allegations that the state-run bank Caixa Economica Federal engaged in embezzlement and corruption at the time he was the bank’s president.

Several employees of the bank as well as entrepreneurs and company managers, such as broker Lucio Funaro, have been found to be involved in the criminal scheme.

Lima allegedly tried to prevent Cunha - currently in jail on separate corruption allegations - and Funaro from signing a plea bargain, with the Federal Public Prosecutor's Office (MPF), the statement said.

He allegedly called several times Funaro's wife to inquire about the cooperation agreement.

Lima resigned from the government last November following accusations he pressured another minister to approve the construction of a luxury ocean front property in a historical preservation district. Lima had allegedly bought an apartment in the building.

The president himself as well as one-third of his cabinet are already under investigation or charged in bribes-for-contracts schemes, in addition to four former presidents and dozens of lawmakers.

Lima was minister for legislative affairs until he was forced to resign in November after another minister accused him of influence peddling.

The arrest occurs a week after President Temer was charged with corruption. As OCCRP reported, Temer has been investigated after a recording was released in which he appears to be endorsing hush money from the Chairman of JBS, Joesley Batista, to silence a potential witness.