Honduras Ex-Police Chief Extradited to the U.S. for Drug Trafficking 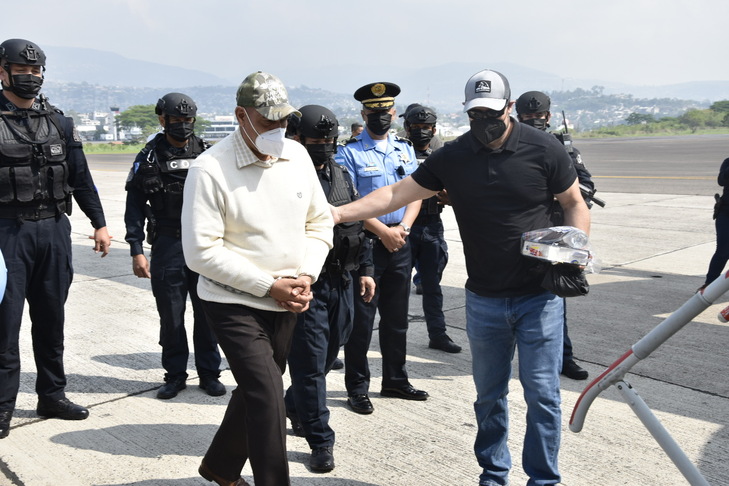 Honduras former police chief Juan Carlos Bonilla Valladares, alias El Tigre, was extradited to the U.S. to face drug trafficking charges. (Photo: Policía Nacional de Honduras/Twitter, License)Bonilla made an initial appearance in a New York court on Wednesday and was detained without bail after a 10-minute proceeding before a magistrate judge in Manhattan federal court.

Prosecutors accuse him of conspiring to import cocaine into the United States and related weapons offenses involving the use and possession of machine guns and destructive devices. The extradition came about two months after Honduras authorities arrested him outside the capital city, Tegucigalpa.

“Rather than use his high-powered position as the chief of Honduran Police to combat drug trafficking, [Bonilla] corruptly exploited his position to protect and assist the drug trafficking organizations he was obligated to disrupt,” U.S. Attorney Damian Williams said.

According to a press release from the DOJ, Bonilla corruptly exploited his position to facilitate cocaine trafficking, and used violence, including murder, to protect the particular cell of politically connected drug traffickers he aligned with, including former Honduran congressman Juan Antonio Hernández Alvarado, alias Tony, and former president of Honduras Juan Orlando Hernández.

U.S. authorities claims that Bonilla was bribed to give protection to drug trafficking from law enforcement interference, and in order to facilitate the safe passage through Honduras of multi-ton loads of cocaine.

It is believed that “[Bonilla’s] associates became a critical pipeline for the Central American drug trade to the United States,” Williams added.

Bonilla has denied any links to drug trafficking and proclaimed his innocence releasing an open letter in his own handwriting.

“I have been unfairly mentioned by unknown people who have acted outside the law, to discredit my honor, family and hard police career,” he wrote.

“I go with my head held high, a clear conscience that I do not owe anything in the United States,” he declared.

If convicted, Bonilla can face a sentence from 10 years to life in prison.